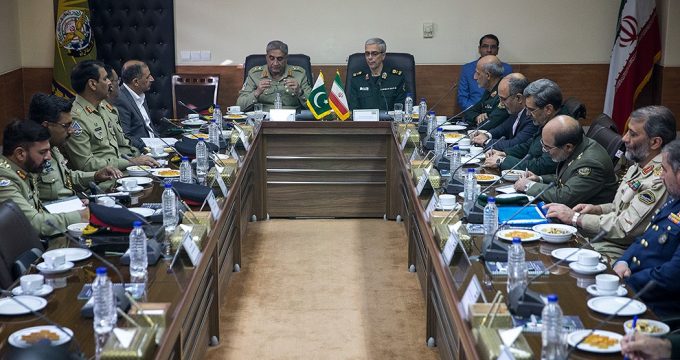 MNA – Army chiefs of Iran and Pakistan discussed ways to increase defense and security cooperation in a Monday meeting in Tehran.

During a meeting on Monday, the two sides exchanged views on various bilateral and regional issues.

The two army chiefs stressed the need for expansion of defense and security relations aimed at resolving common issues, particularly in identifying and combating factors that cause the spread of terrorist activities along Iran and Pakistan’s shared borders.

The two sides also called for development of defense and security cooperation in feilds related to industry, research and education.

Making optimal use of existing capacities in various international and regional communities, using the two countries’ defense and political potentials to help settle regional conflicts, and joint cooperation between the two sides free of foreign intervention were also among the topics of discussion in the Monday meeting.