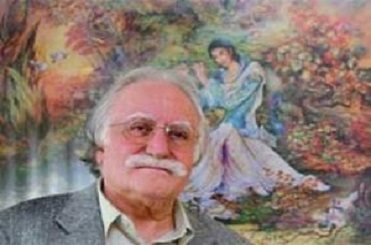 The man who broke the ice between US, Iran during nuclear talks

Sputnik – The Iran nuclear deal has recently been in the spotlight due to Donald Trump’s criticism and his threats to walk away. However, back in 2015, there must have been something that thawed the tensions between Iranian and American delegations. Sputnik Iran found out what it might have been.

Mahmoud Farshchian, a 87-year-old master of Persian miniature art, is well-known and recognized all over the world. His vivid and perceptive artworks combine the classic canons of his national school, which is based on Persian classical poetry, and the traits of Western schools of painting.

On numerous occasions, his paintings have been given as precious gifts and as symbols of Iranian art to renowned politicians at high-profile meetings and summits. John Kerry, the 68th US Secretary of State (2013-2017) is among those to have been honored with one of Farshchian’s pieces.

Many still believe that this very art piece helped to break the ice between the Iranian and American delegations during one of the rounds of negotiations over the Iranian nuclear program back in 2015, which ended up with the Joint Comprehensive Plan of Action (JCPOA), commonly known as the Iran nuclear deal.

In October 2016, Iran Front Page website reported that Iranian Foreign Minister Mohammad Javad Zarif unexpectedly gave Farshchian’s masterpiece, which was supposed to be given to French officials, as a gift to Kerry.

Citing a post of Parviz Esmaeili, the deputy for communications and information at President Hassan Rouhani’s office, in his Telegram channel, the website said that Iran’s top diplomat accompanied it with the following comments:

“These miniatures are 1mx1m paintings. But if you go to Master Farshchian’s atelier in New Jersey, US, he will give you a magnifier to see all the details of the main painting and become even more surprised. Remember! When Iranians are so much accurate and precise in their work and pay so much attention to the details, do not ever claim, without convincing argument, that their calculations are wrong,” he said in apparent reference to the much argued about calculations of Iran’s nuclear activities.

Nowadays, the Iranian master is trying to use his miniatures to attract the attention of the international community to global and Iranian ecological problems, such as the drying out of the zayanderud, the largest Iranian river in his native city of Isfahan.

In his interview with Sputnik Persian, Mahmoud Farshchian talked about his artworks and explained that although his pieces are called miniatures, which are usually small-sized two-dimensional images, he tries to add more depth and volume to his paintings. Some of their storylines are inspired by Persian poetry, and others – by human emotions, feelings and his own thoughts and associations.

The master revealed that he is currently working on a painting to illustrate the Quranic verse of Yusuf (Joseph) and Zulaikha. In his version of the tale, Yusuf comes to an old, blind and miserable Zulaikha, covers her head with garments, and she becomes revived: young, beautiful and able to see again. 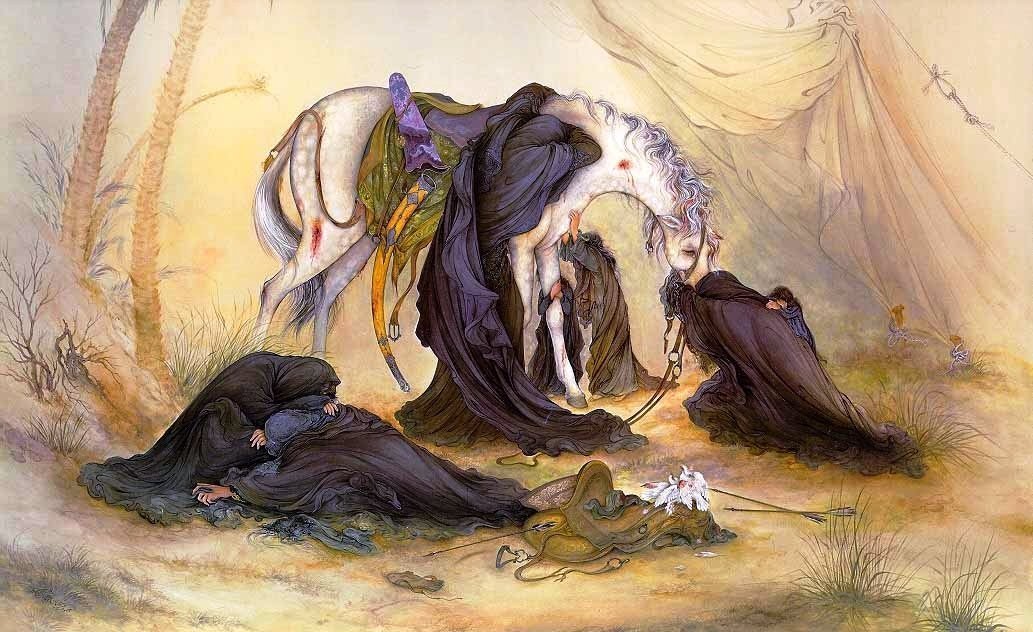 One of his other paintings depicts a battle between good and evil, where good, needless to say, definitely wins.

“All of my storylines directly arise from my consciousness, my thoughts and associations. It is a very hard and time consuming work. With regards to Yusuf and Zulaikha, for example, I want to illustrate Zulaikha’s emotions, on the one hand, and Yusuf’s inner strength, which helped him to perform a miracle of revival, on the other,” Mahmoud Farshchian told Sputnik.

He further revealed that he is currently residing in the US, but his place of living does not affect his artwork as he finds inspiration solely in his inner feelings.

“It does not matter where I live, what do I do or what I think about. I’ve been working very much and a number of my paintings have been made outside Iran. If a person who takes interest in fine art does understand my artwork, there is absolutely no difference for me whether he is Iranian or any other national. It is only important that he feels a spiritual bond with my painting and understands its message,” the master explained.

Mahmoud Farshchian noted that he does not teach his art style, however he mentors several aspiring artists who show him their artwork and ask for his opinion. The painter is convinced that the next generations of artists will be able not only preserve this art form but to develop it further. However they have to understand that they need to work hard and constantly try to find the unknown within themselves and in the world around them, he concluded.