A Look at Iranian Newspaper Front Pages on November 5

Iran Front Page- IFP has taken a look at the front pages of Iranian newspapers on Saturday, November 5, and picked headlines from 18 of them. IFP has simply translated the headlines and does not vouch for their accuracy.

The top story in all Iranian newspapers today was the resignation of Lebanese Prime Minister Saad Hariri and the anti-Iran accusations he raised during his speech televised from Saudi Arabia.

Several papers also covered the anti-arrogance rallies held on Saturday across the Islamic Republic on the anniversary of the takeover of the US embassy in Tehran back in 1979.

Iranian President Hassan Rouhani’s meeting with top Army commanders and the remarks he made during the visit also received great coverage.

1- Rouhani: Armed Forces Should Not Have Partisan Tendencies

3- Shamkhani: US Enmity Has Made Iran More Powerful 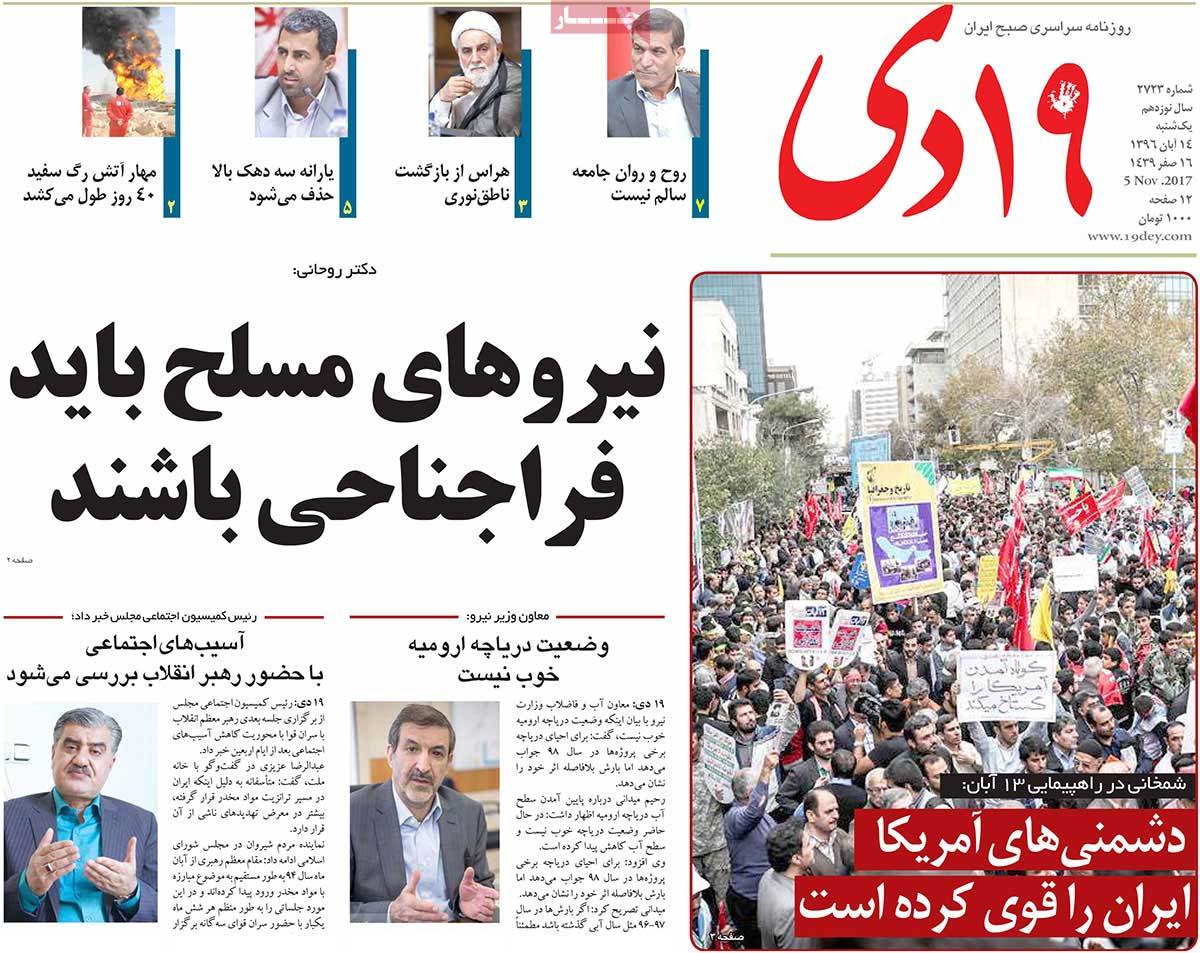 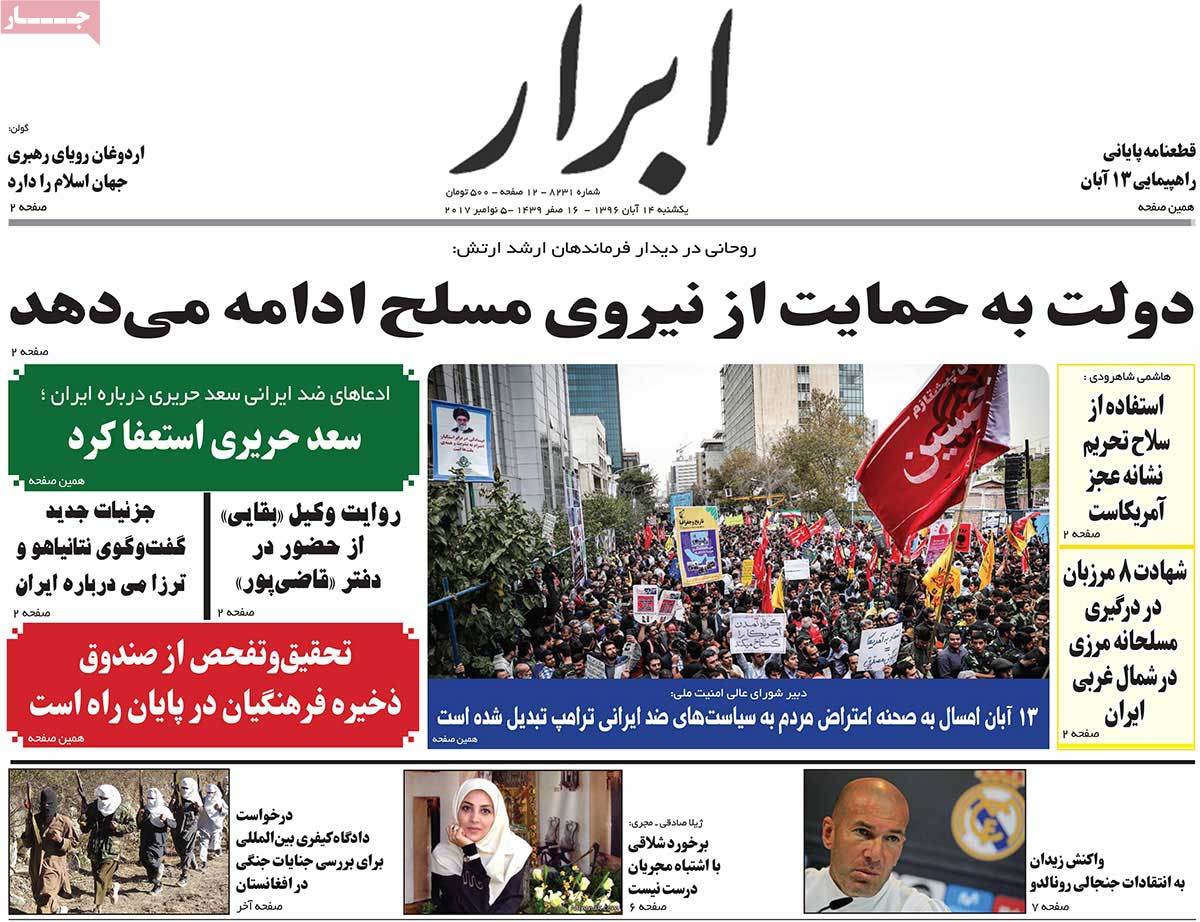 1- Total’s Coordination with Washington for Investing in Iran 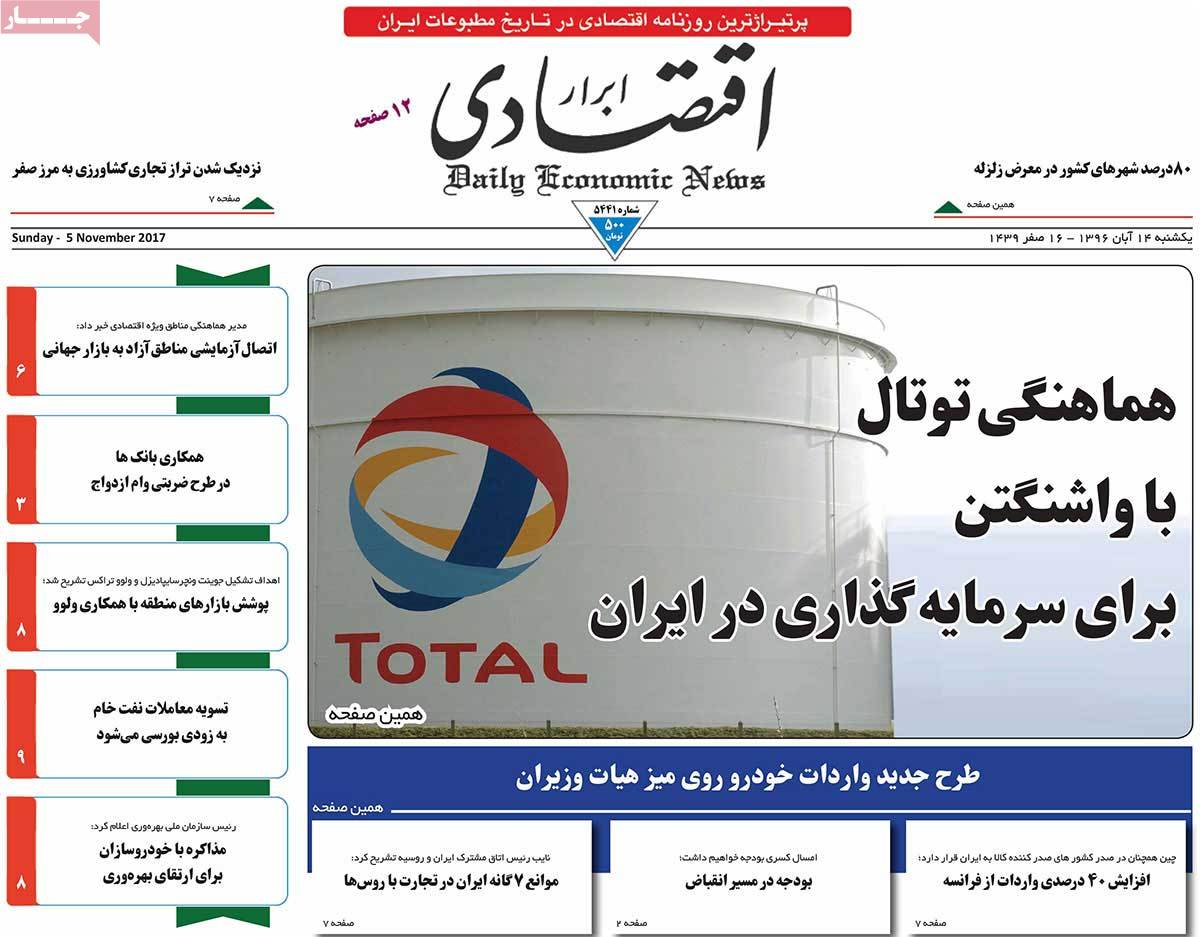 1- China, Russia to Ditch US Dollar after Increased US Sanctions 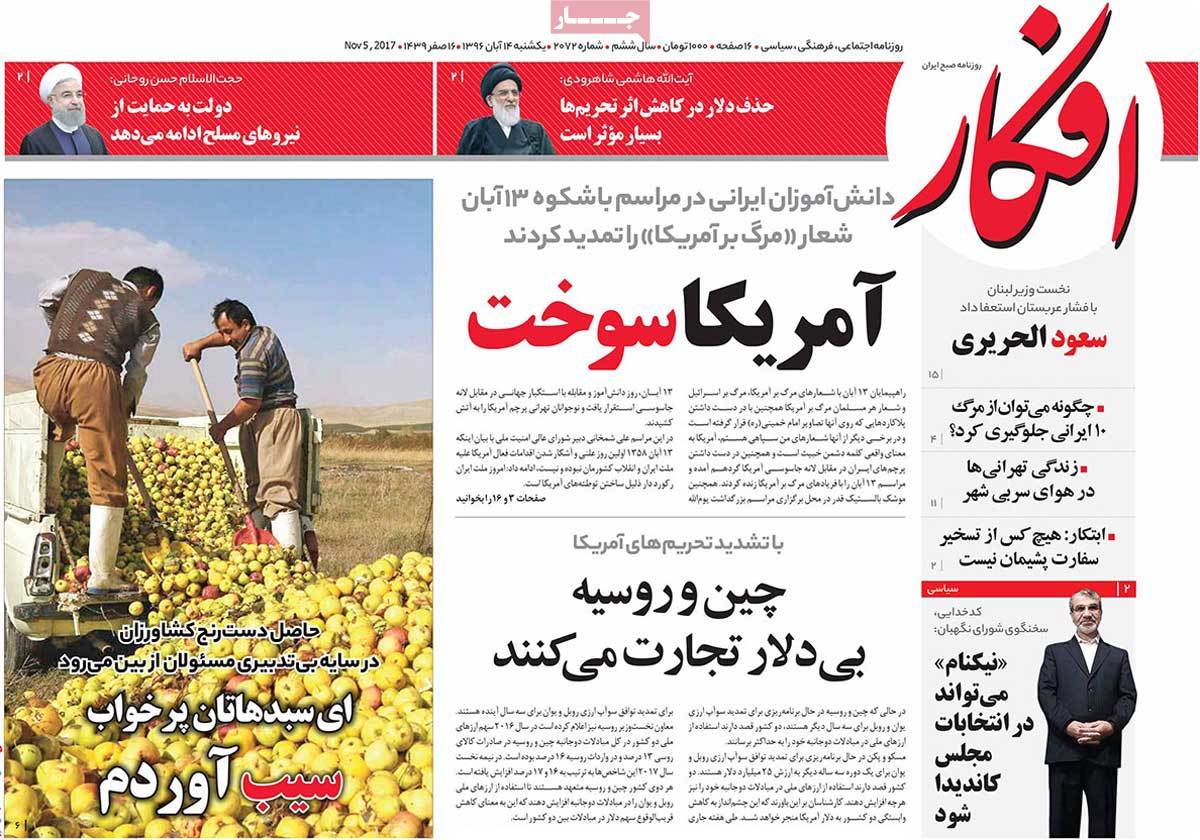 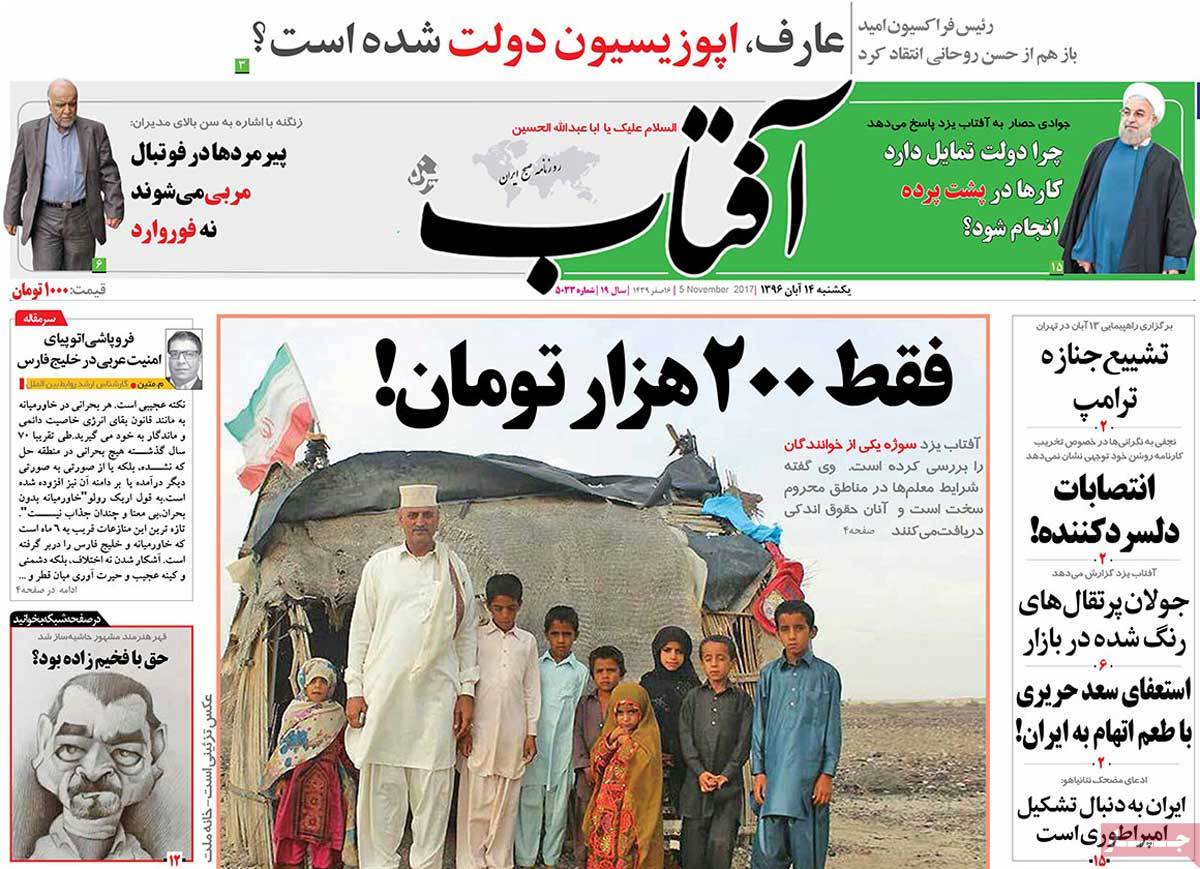 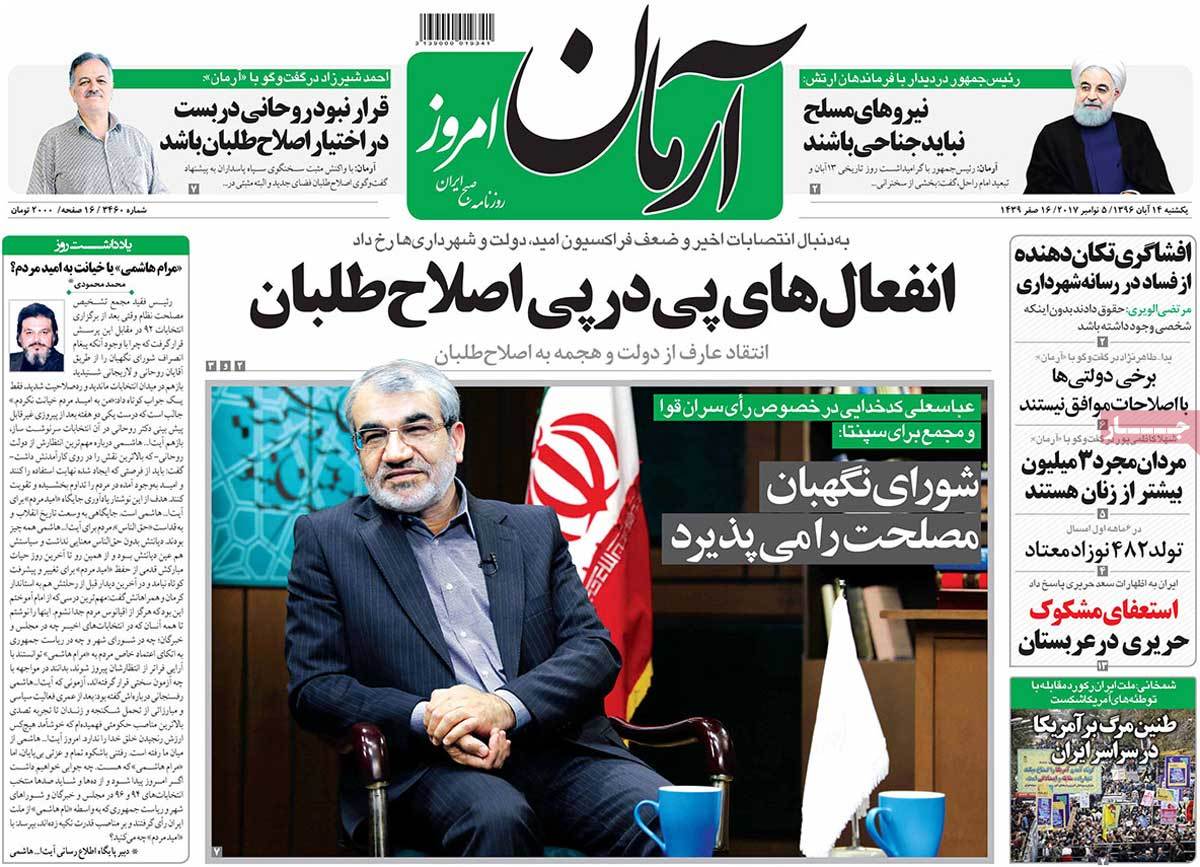 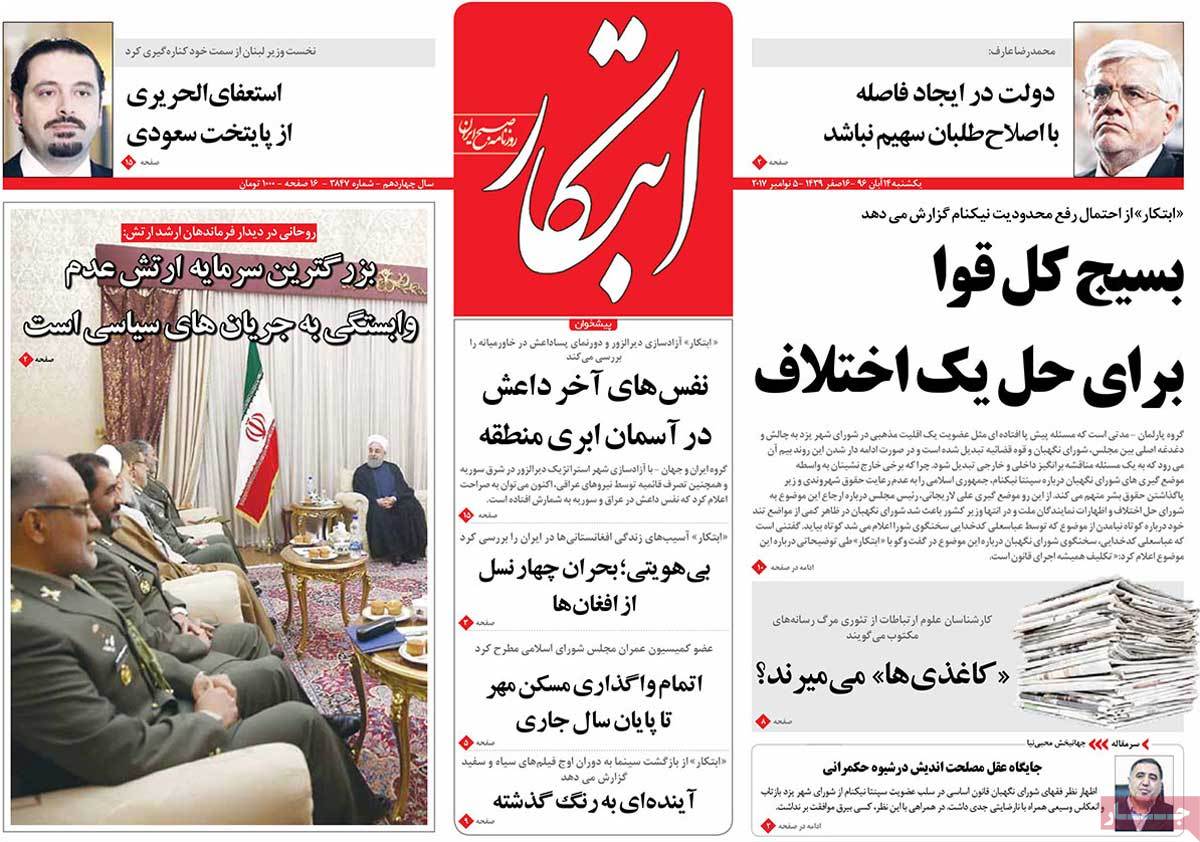 1- Analysts Discuss Takeover of US Embassy in 1979 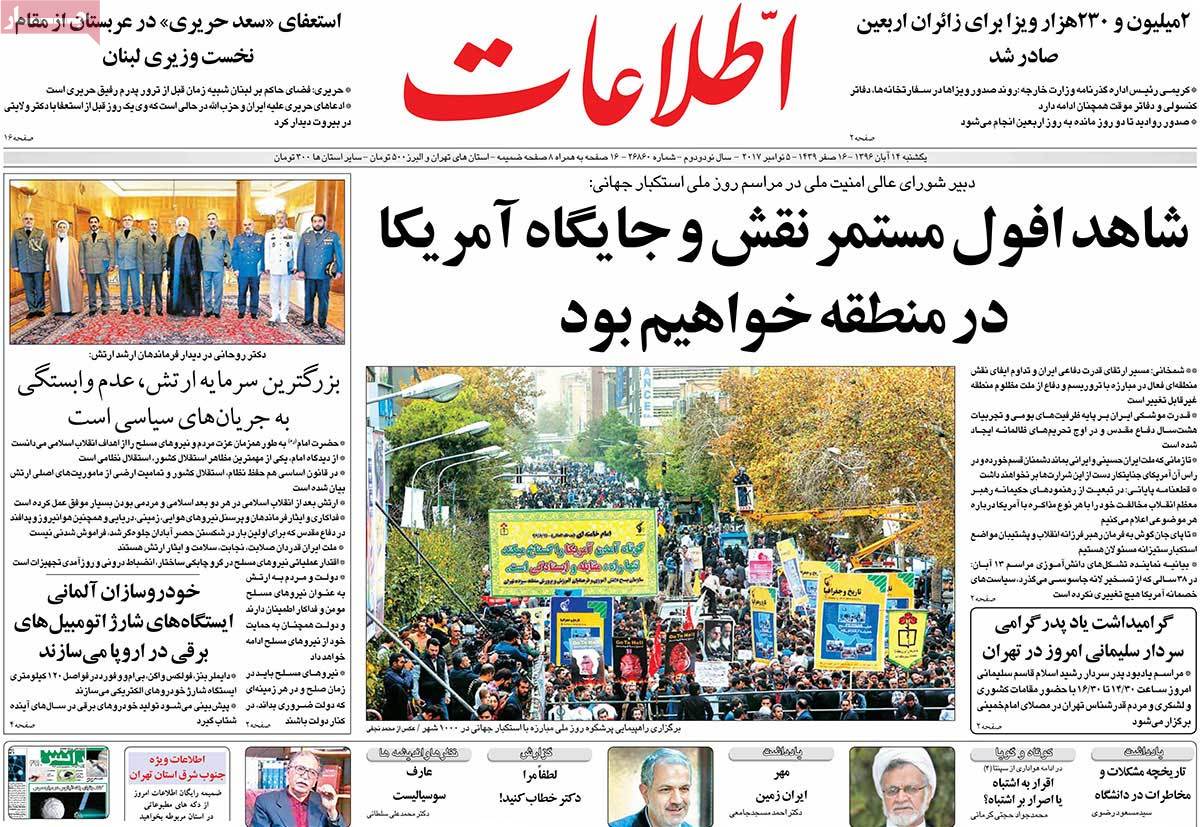 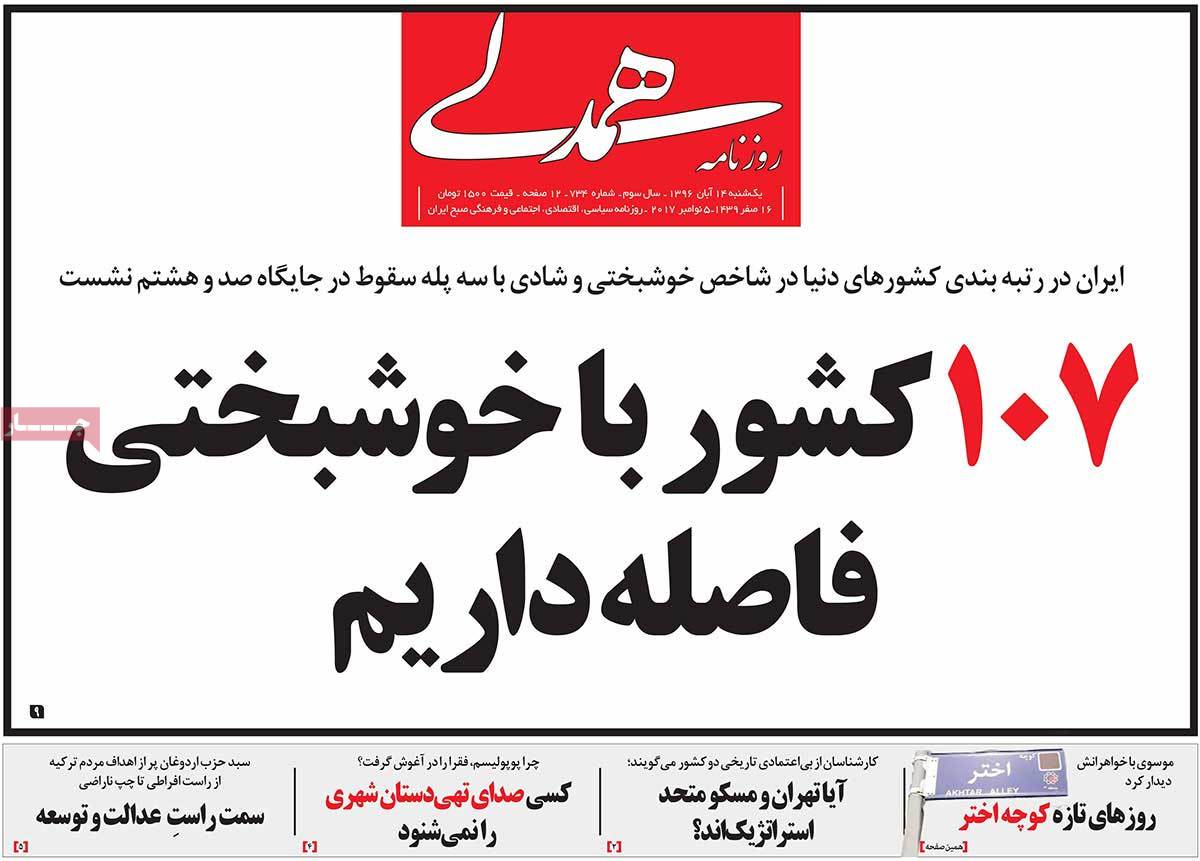 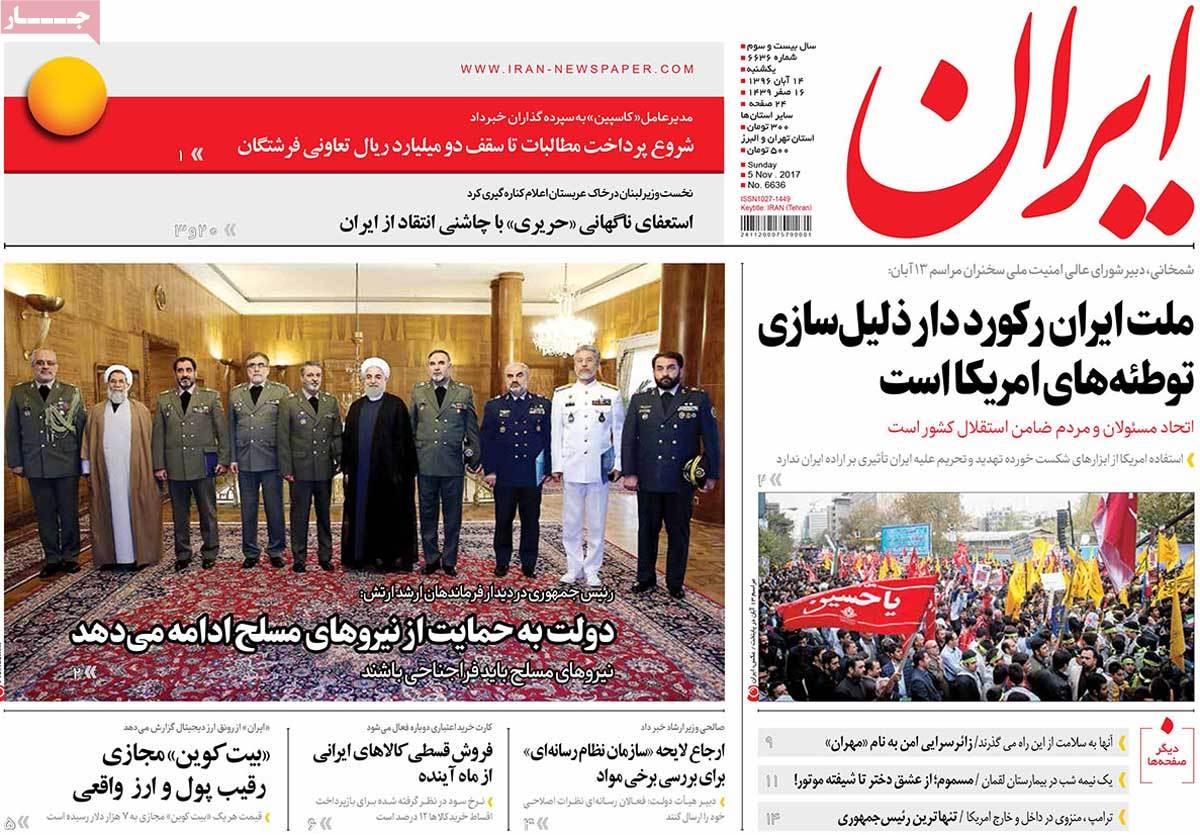 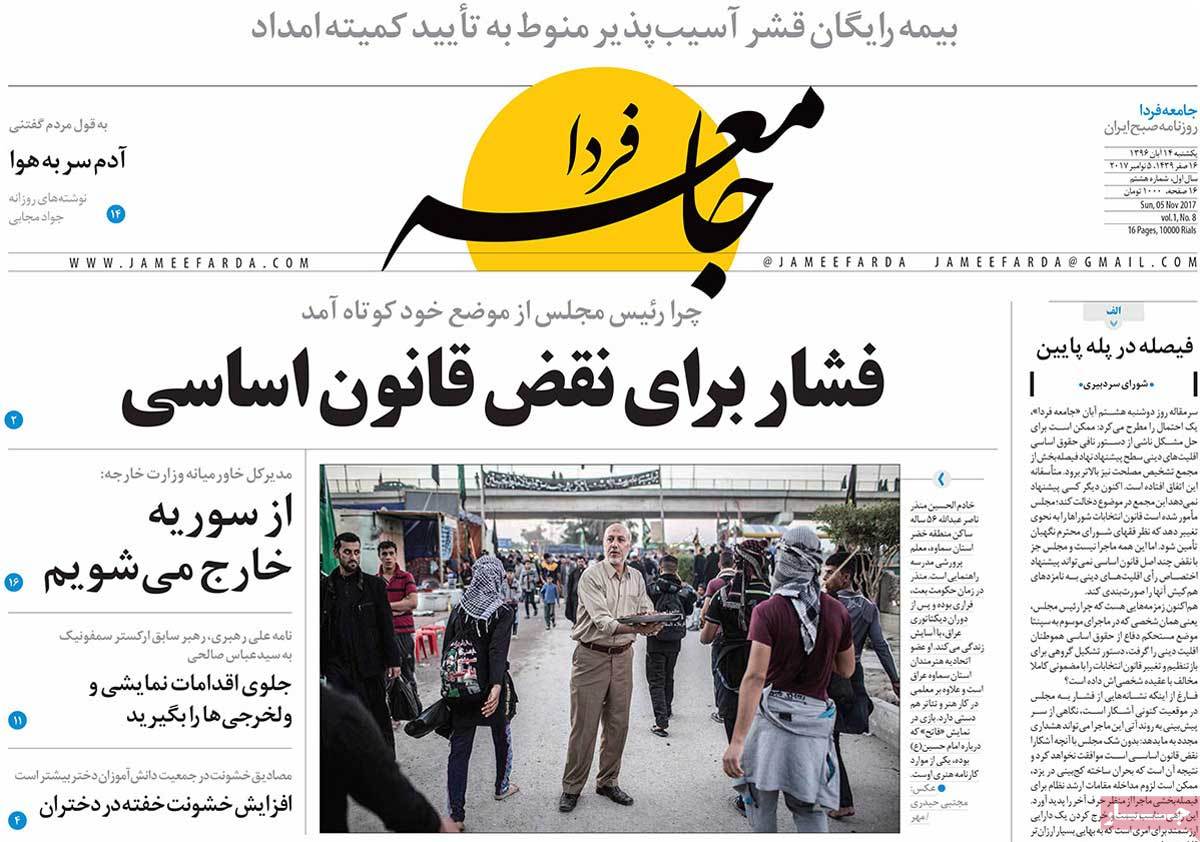 2- Dust Storm of Arba’een Pilgrimage in Eyes of BBC 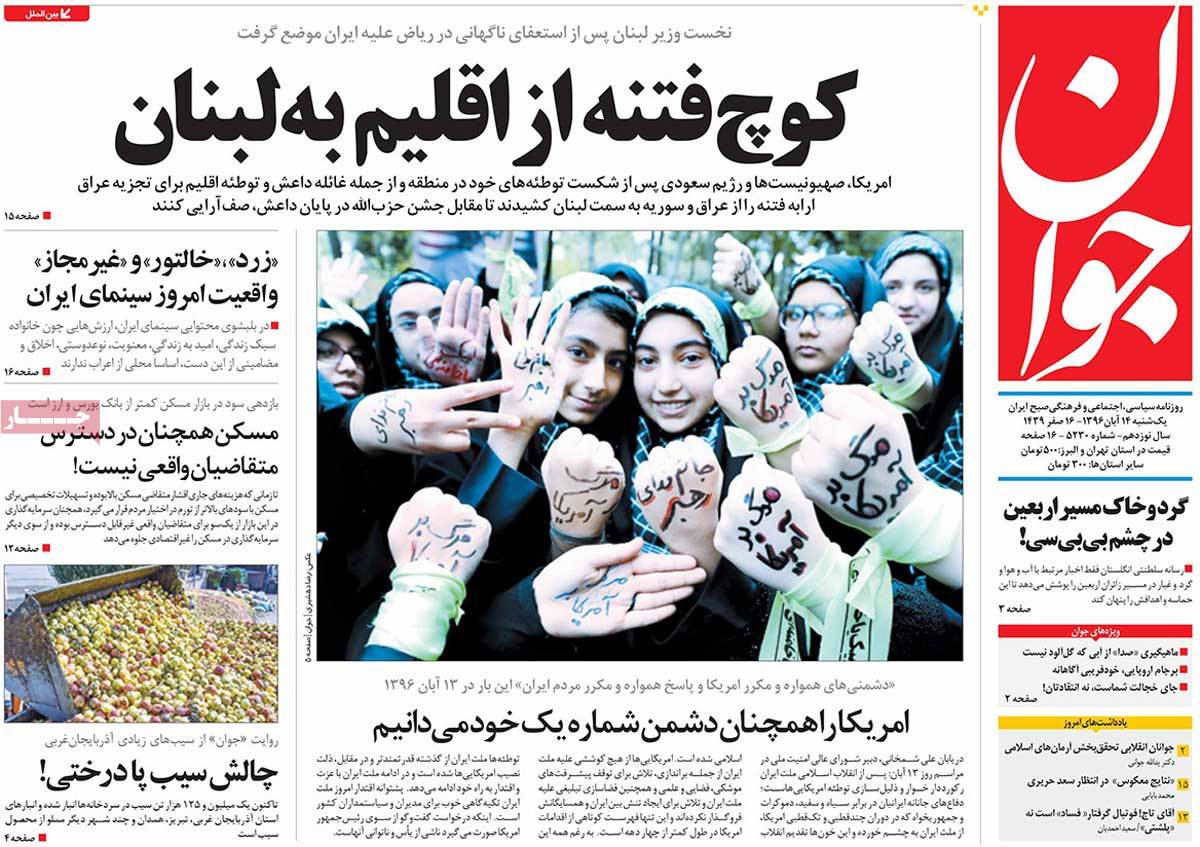 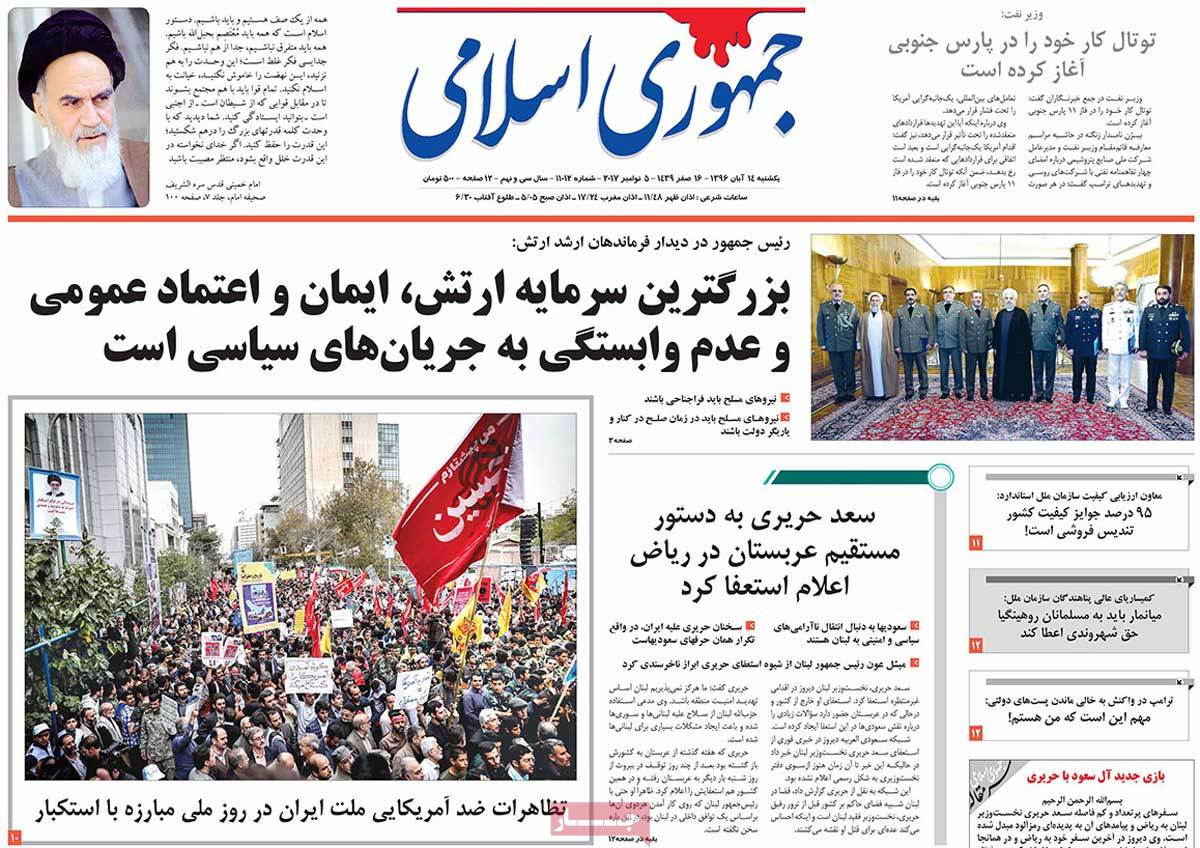 1- Shamkhani: US Not to Stop Evil Approach as Long as Iranian Nation Remains Revolutionary

4- All the Fuss Was for Nothing! 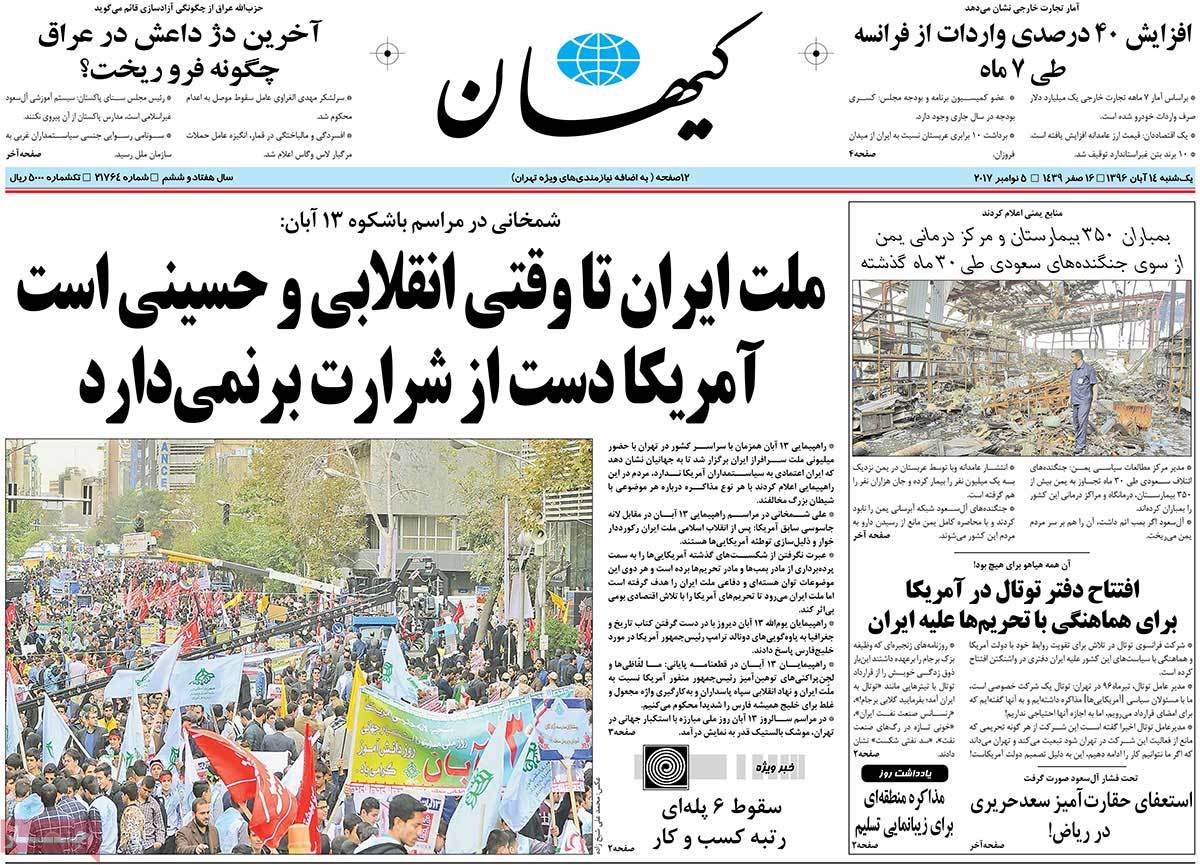 2- Trump in a Dilemma on Keeping Campaign Promises 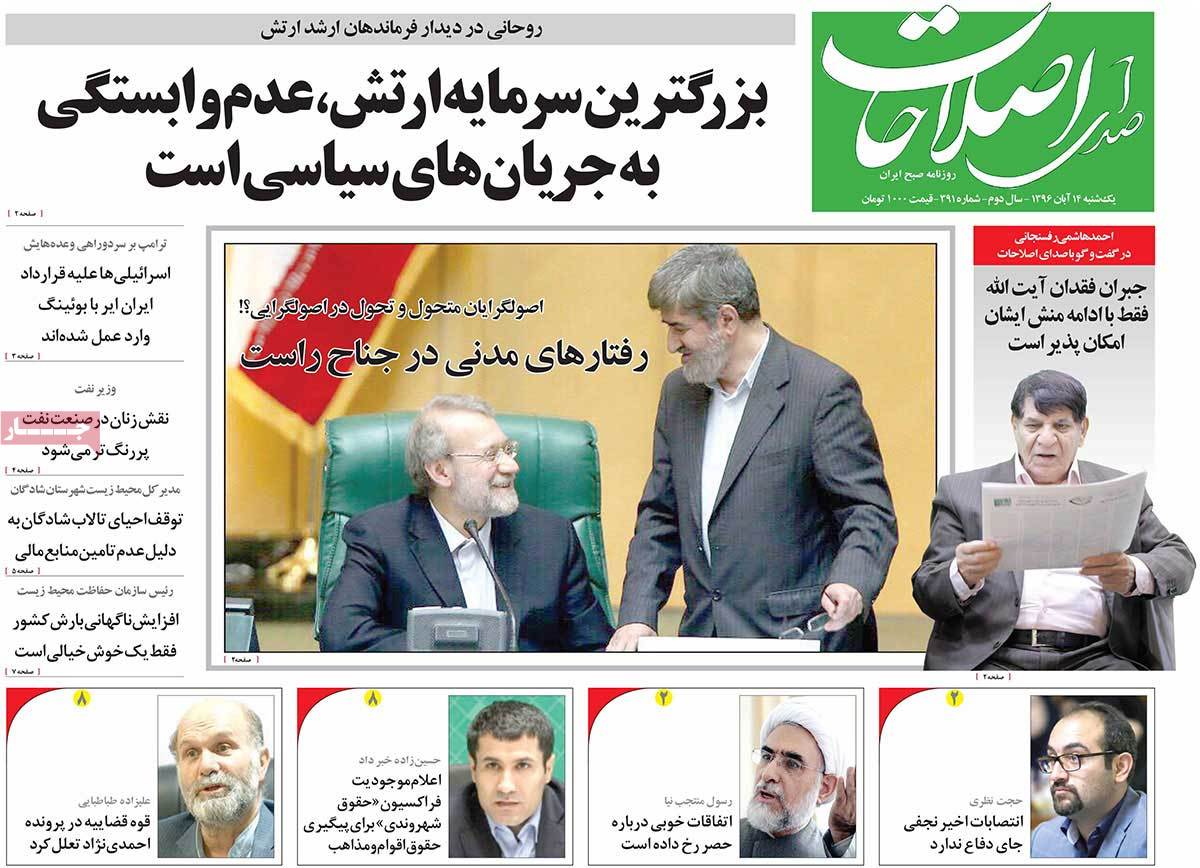 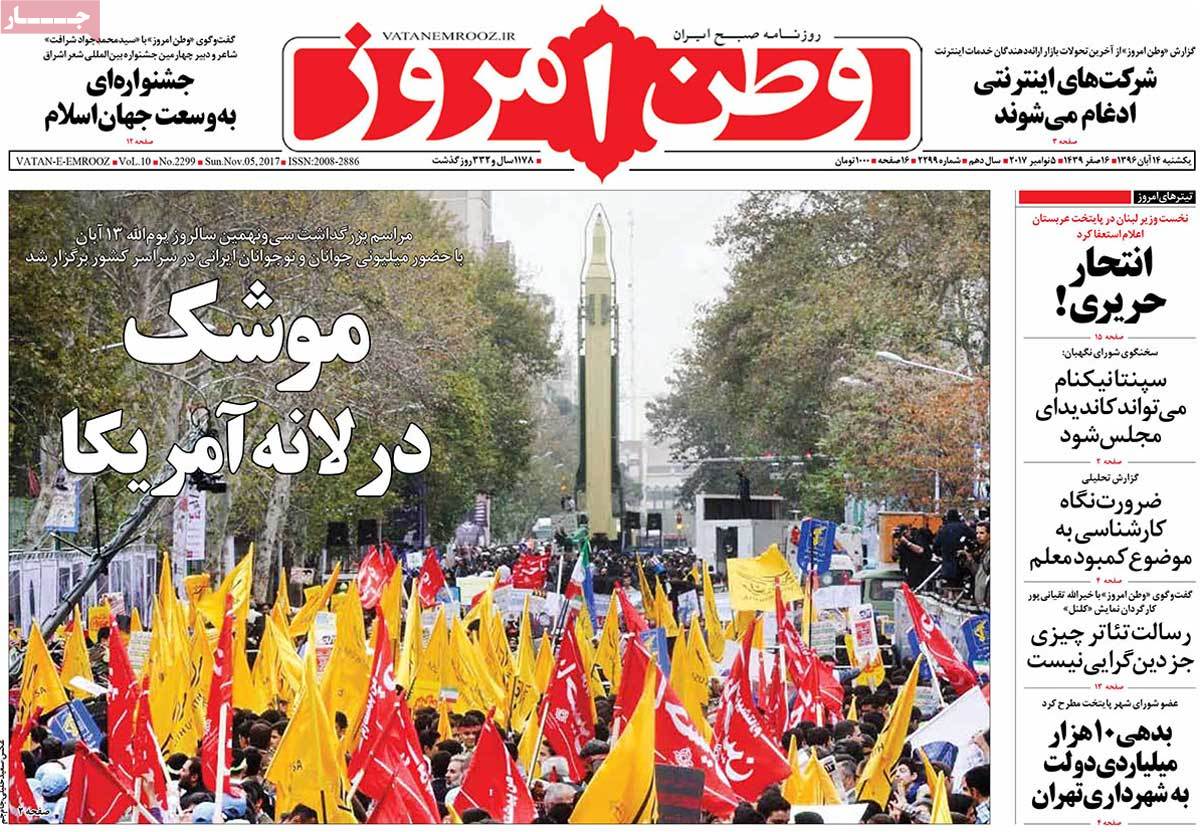