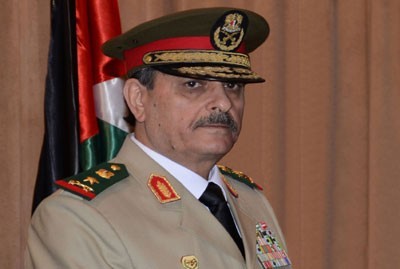 MNA– Iran’s Defense Minister Amir Hatami in a Sun. phone talk with his Syrian counterpart called for further cooperation and efforts in the fight against terrorism in region.

During the phone conversation which took place on Sunday, Iranian Minister of Defense and Armed Forces Logistical Support Brigadier General Amir Hatami and Syrian Minister of Defense Fahd Jassem al-Freij exchanged views on the latest status of the two countries’ defense cooperation, as well as regional and international developments and the fight against terrorism.

The Iranian minister congratulated his counterpart, as well President Bashar Assad, on the liberation of Deir Ezzor province, and lauded the Syrian Armed Forces and nation for the five years of resistance against terrorist groups.

Hatami expressed hope for the continuation of Syria’s victories and the restoration of peace and security to the warn-torn country, adding “the Islamic Republic of Iran is resolute to support Syria in the post-war era.”

The Syrian minister, for his part, thanked Iran’s efforts in neutralization of terrorist-Zionist plots, adding “the Islamic Republic of Iran has always remained by Syria’s side during the high-tension period so that we can defend our legitimate sovereignty.”

“The unique coordination between Iran and Syria has guaranteed peace, stability and security of both countries and the region,” he stressed.

Jassem al-Freij further extended an invitation to Hatami for a visit to Syria.