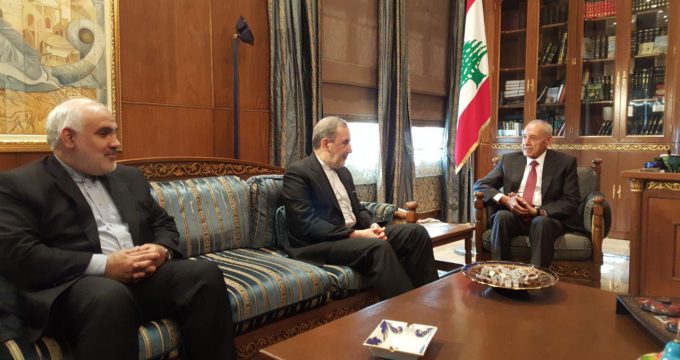 US will not succeed to divide Syria in east of Euphrates

IRNA – Supreme Leader’s senior advisor for international affairs Ali Akbar Velayati said on Friday that the US’ efforts to divide Syria in the East of Euphrates are doomed to failure.

He made the remarks in a meeting with Lebanese Parliament Speaker Nabih Berri on Friday when both officials exchanged views on bilateral issues and regional developments.

After the meeting, Velayati described his talks with Berri as “excellent and constructive”, saying that Tehran attaches great significance to Berri and his political status in Lebanon.

Congratulating Lebanon’s recent victories against Takfiri terrorist groups, he said that Iran and Lebanon unanimously agreed that the recent triumphs in Lebanon, Syria and Iraq against the terrorists are in fact the victory of resistance movement and in the interest of the entire region.

‘The Americans and Zionists are seeking to create rift and defeat resistance front and they are currently mounting huge pressure on Syria to make it admit defeat,’ Velayati said.

“The US is planning to partition Syria in East Euphrates, but what is certain is that it will never achieve anything in the field,” Velayati said, noting that the city Raqa will be liberated in the hands of the Syrian nation and government and Syrian government will take control of eastern Euphrates.

Velayati arrived in Beirut on Thursday to attend the meeting of the International Union of Resistance Scholars and hold separate talks with the Lebanese senior officials.