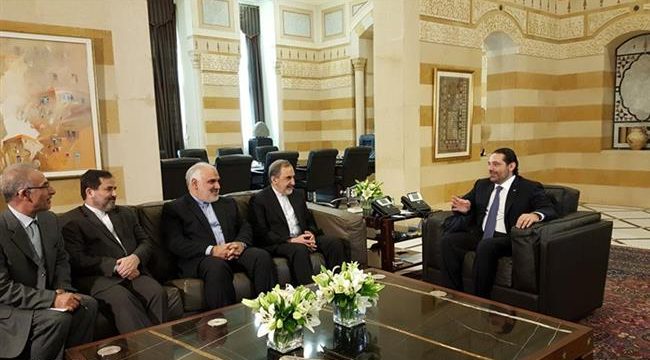 Press TV – A senior Iranian official says the United States, Israeli regime and certain countries in the Middle East are supporting Takfiri terrorists in the region, stressing that such extremists and their sponsors are on the verge of annihilation.

“Terrorists and extremist and Takfiri movements are backed by the US, the Zionists and some regional countries that do not want stability, security, independence and unity among regional countries,” Ali Akbar Velayati, a senior advisor to Leader of the Islamic Revolution Ayatollah Seyyed Ali Khamenei on international affairs, said in a meeting with Lebanese Prime Minister Saad Hariri in Beirut on Friday.

He added that all terrorists and Takfiri groups in the region would be eliminated in the near future.

The Lebanese premier, for his part, stressed the importance of stepping up resistance against extremist and Takfiri groups to tackle the serious challenges they are posing to the region.

Velayati, who arrived in Beirut on Thursday to attend the second International Union of Resistance Scholars conference, also held a meeting with Secretary General of the Lebanese Hezbollah resistance movement Sayyed Hassan Nasrallah on Friday.

During the meeting, Velayati and Nasrallah exchanged views about the latest regional developments.

Speaking after his meeting with Berri, the Leader’s advisor said Tehran and Beirut believe that the recent achievements made in the fight against terrorists in Lebanon, Syria and Iraq were in fact a victory for the resistance front and would be beneficial to the entire region.

“The Americans and Zionists seek to sow discord and defeat the resistance front and are currently exerting the highest level of pressure on Syria to make it fail,” Velayati said.

He emphasized that the US intends to partition Syria; however, Iran and Lebanon are in agreement that Washington would fail to achieve this goal.