A look at Iranian newspaper front pages on November 2

IFP – IFP has taken a look at the front pages of Iranian newspapers on Thursday, November 2, and picked headlines from 12of them. IFP has simply translated the headlines and does not vouch for their accuracy.

All newspapers today covered the separate meetings of Russian and Azeri presidents with the Leader of Iran’s Islamic Revolution Ayatollah Seyyed Ali Khamenei in Tehran.

They also widely covered the implications of the two presidents’ visit to Tehran and the agreements they signed with Iran in a trilateral meeting with President Hassan Rouhani.

The remarks my Deputy Foreign Minister Seyyed Abbas Araqchi about the Iran nuclear deal in an address to the Parliament also received great coverage.

1-Deputy FM: Iran Prepared to Counter Any US Scenario 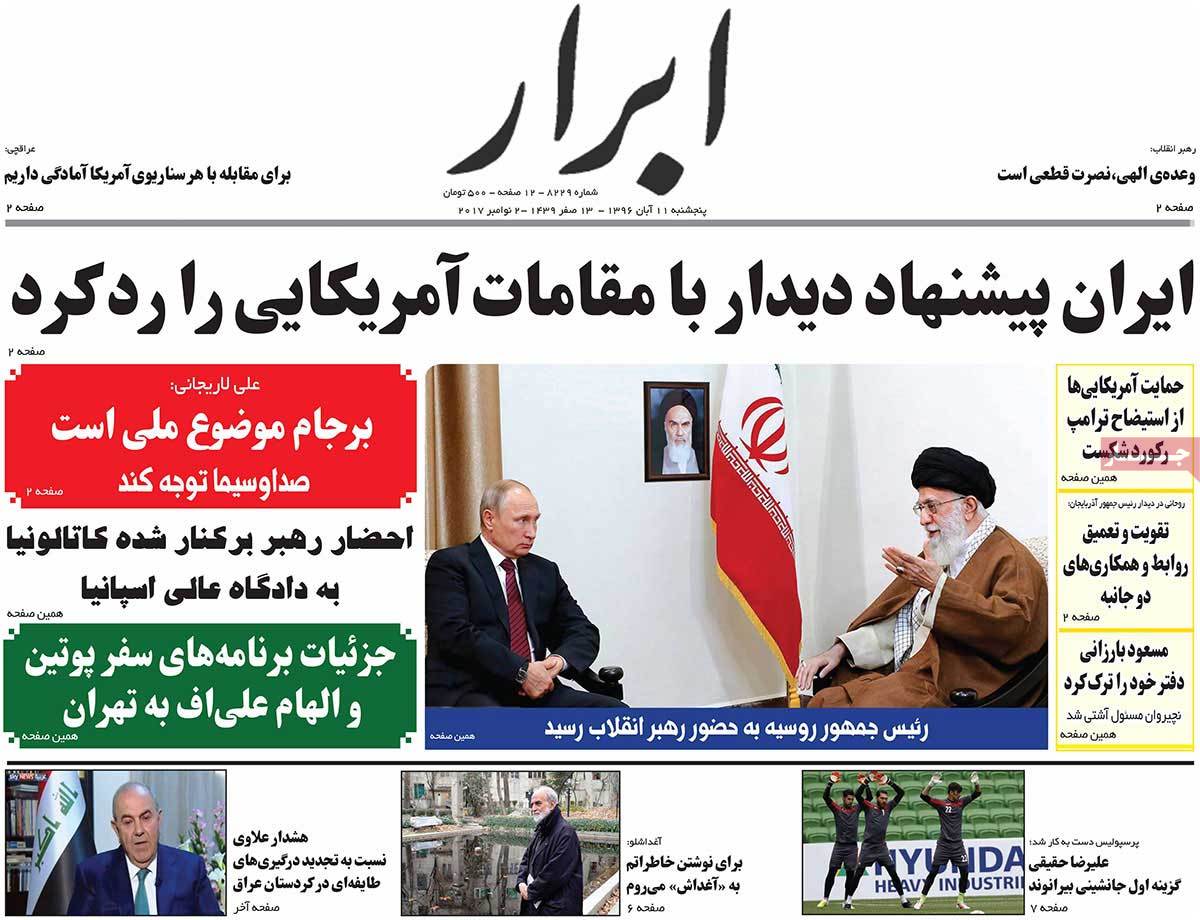 3- Iran Leader to Russia President: No More Use of US Dollar to Neutralize Sanctions 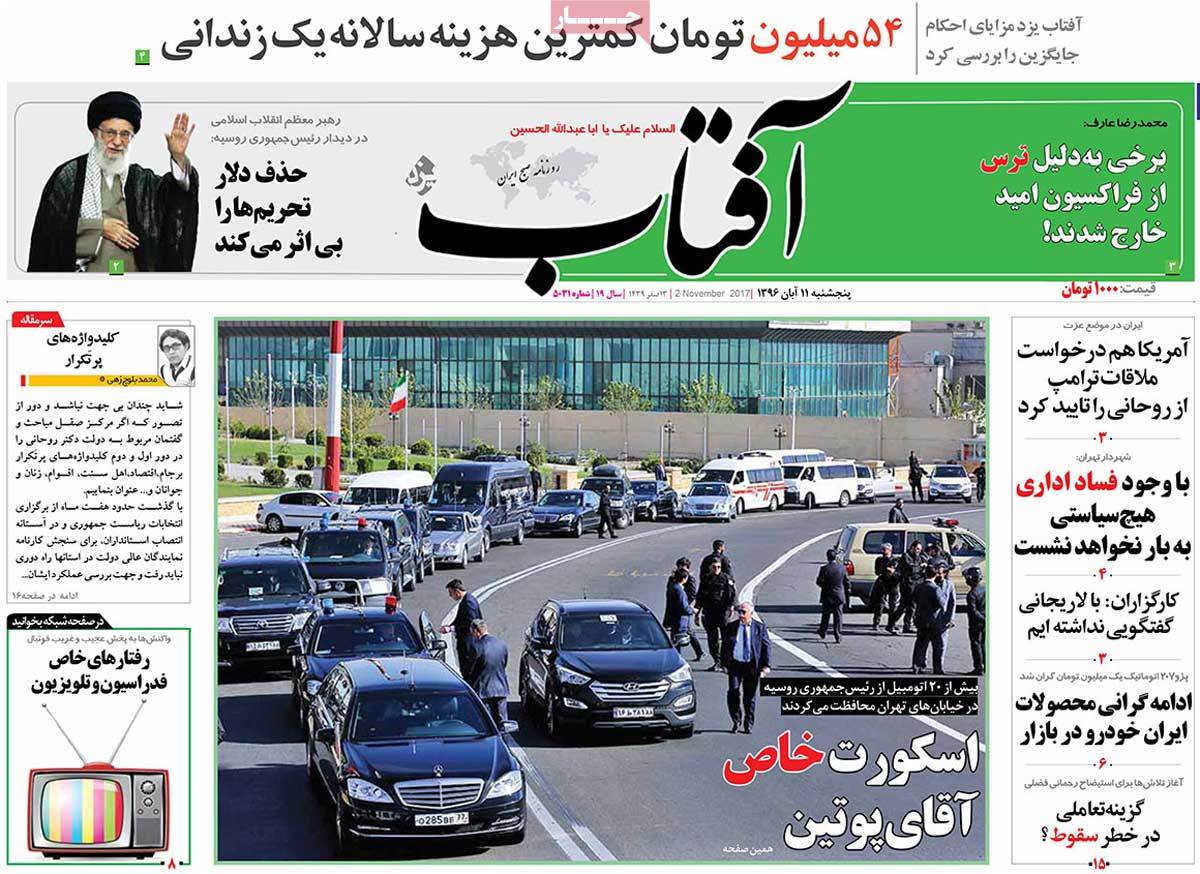 1- Putin, the Bridge of Middle East 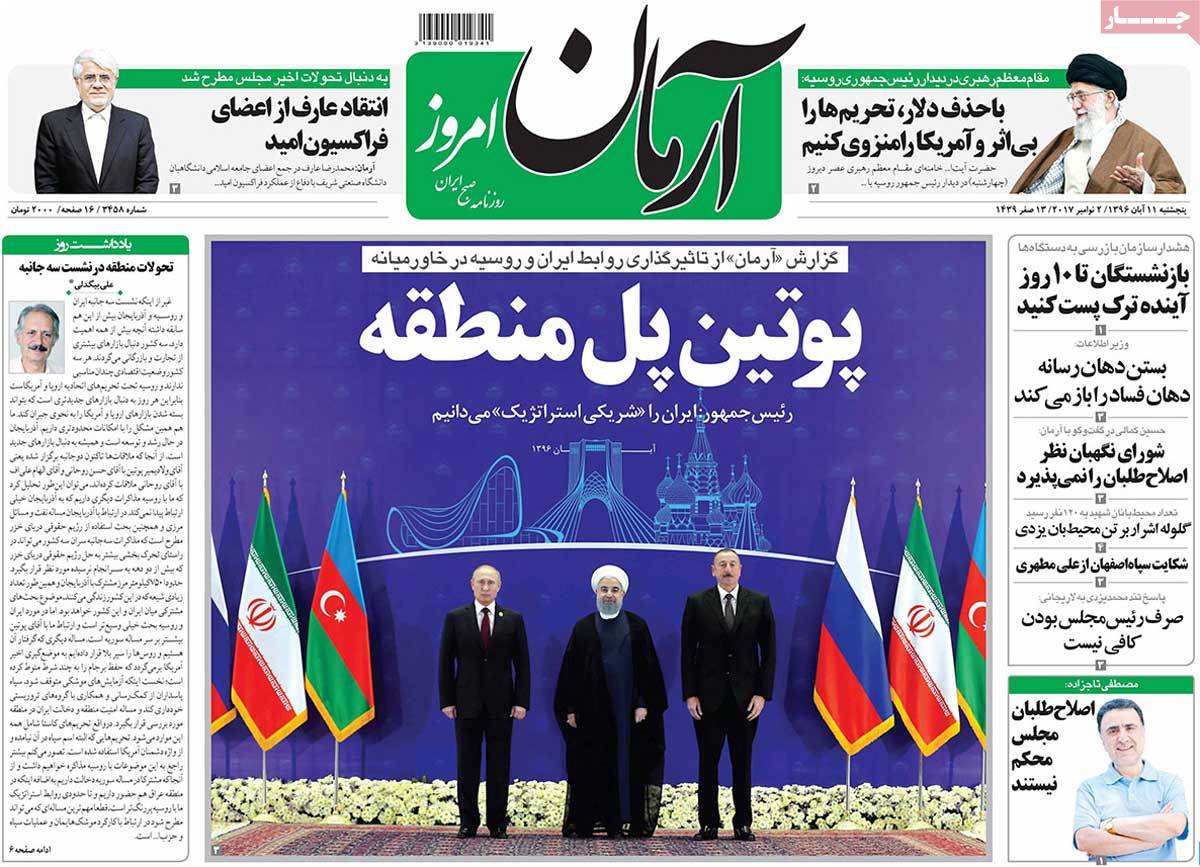 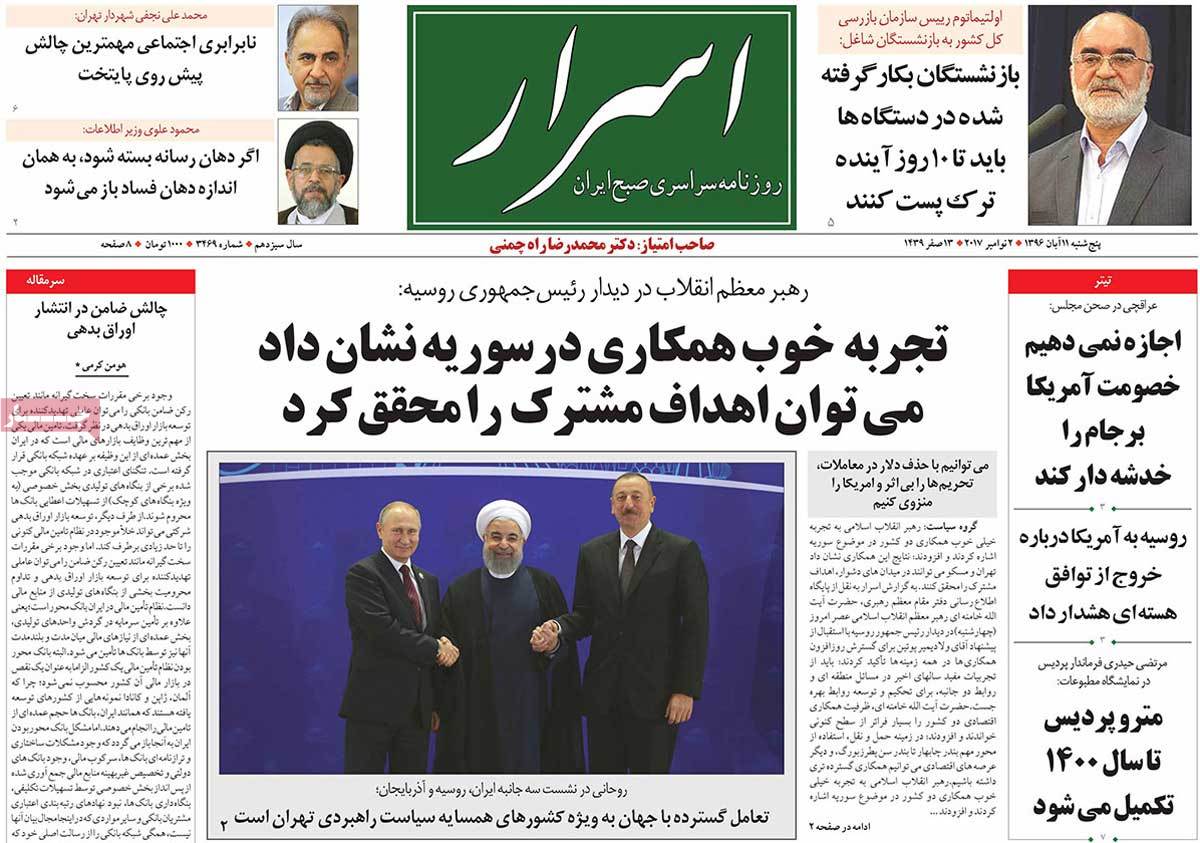 2- Post-ISIS Requirements in Syria: A Report on 7th Round of Astana Talks 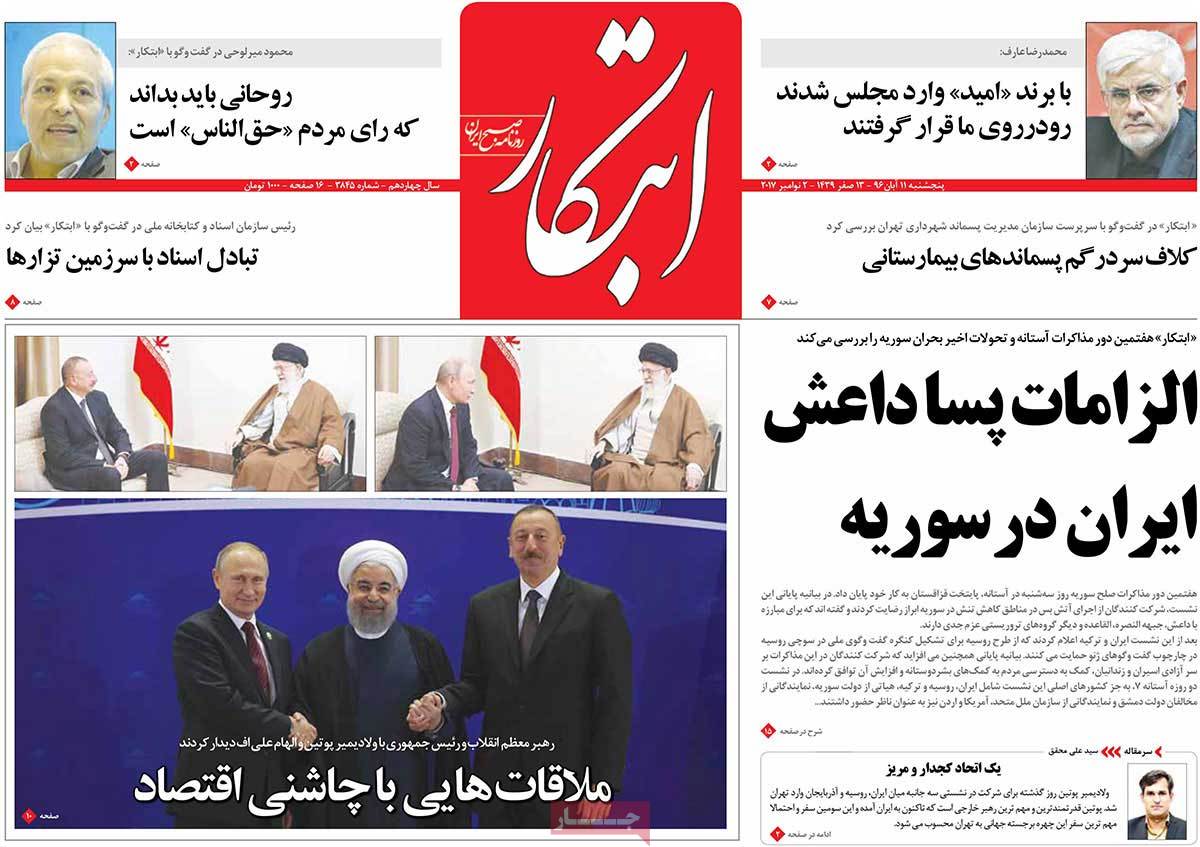 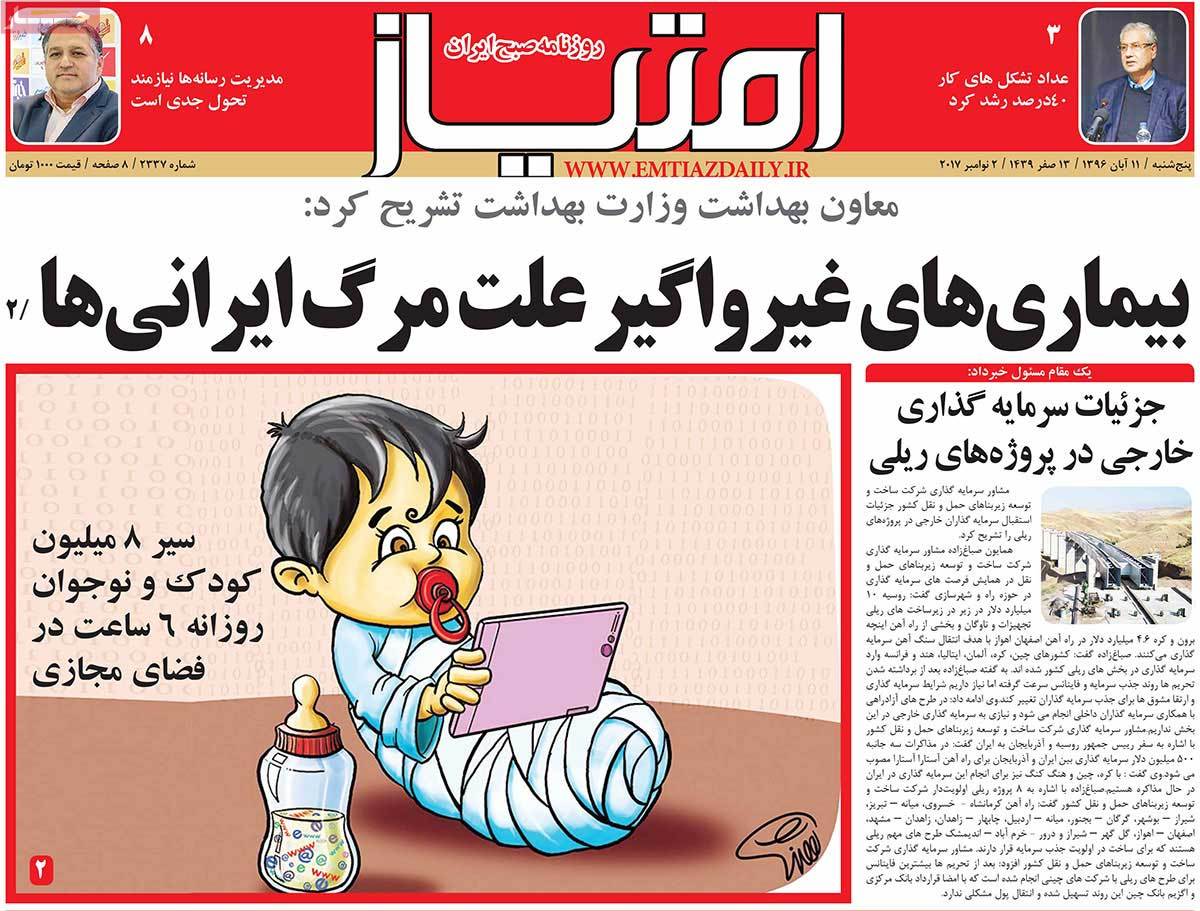 1-Rouhani, Putin Described Iran, Russia as Strategic Partners for Each Other 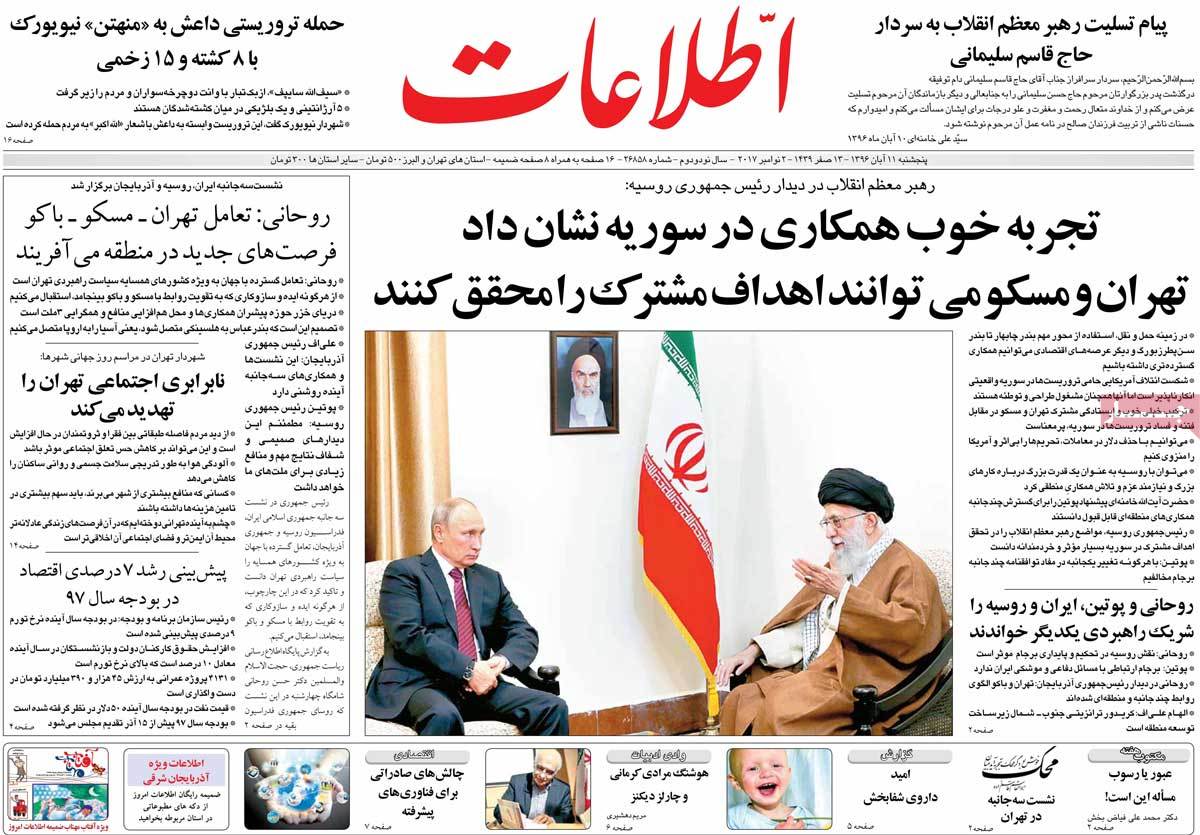 2- Putin: Iran Nuclear Deal Has Nothing to Do with Its Defensive, Missile Issues 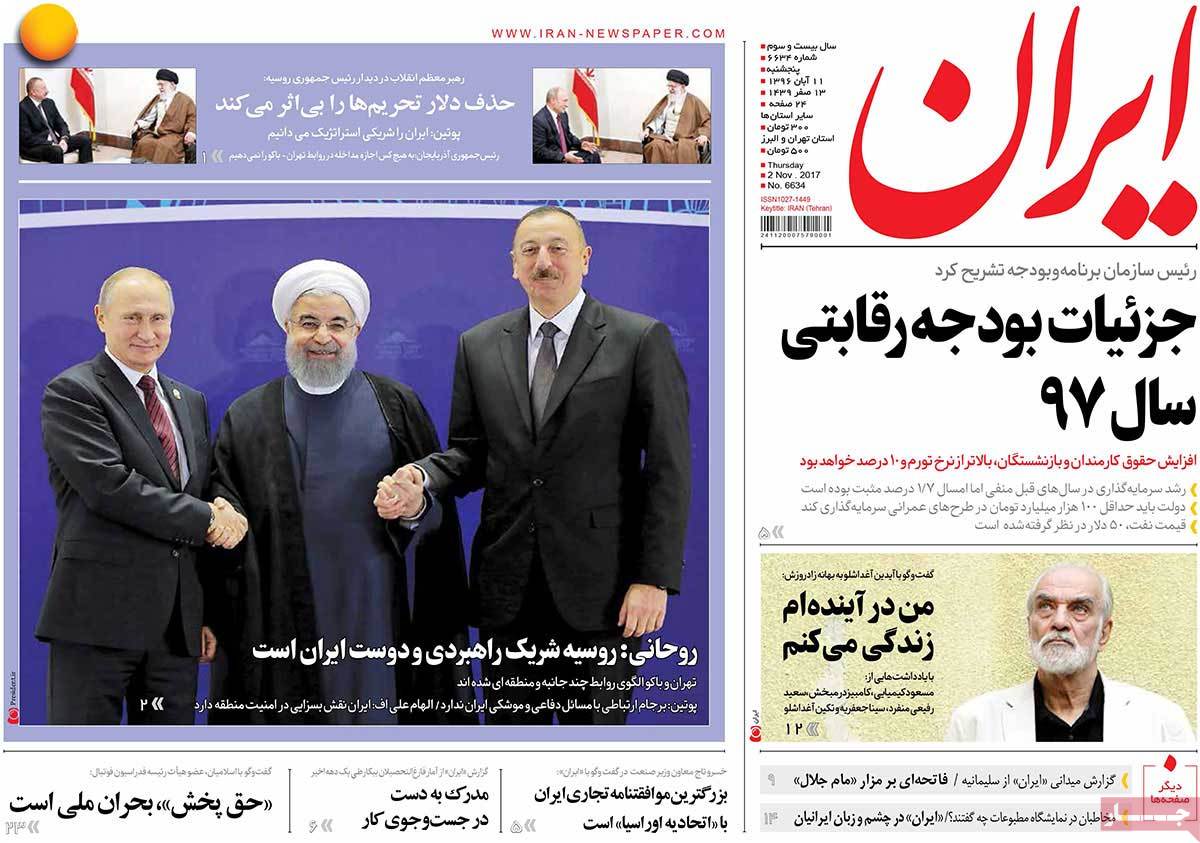 2- Ayatollah Khamenei: We Can Neutralize US Sanctions, Isolate Washington 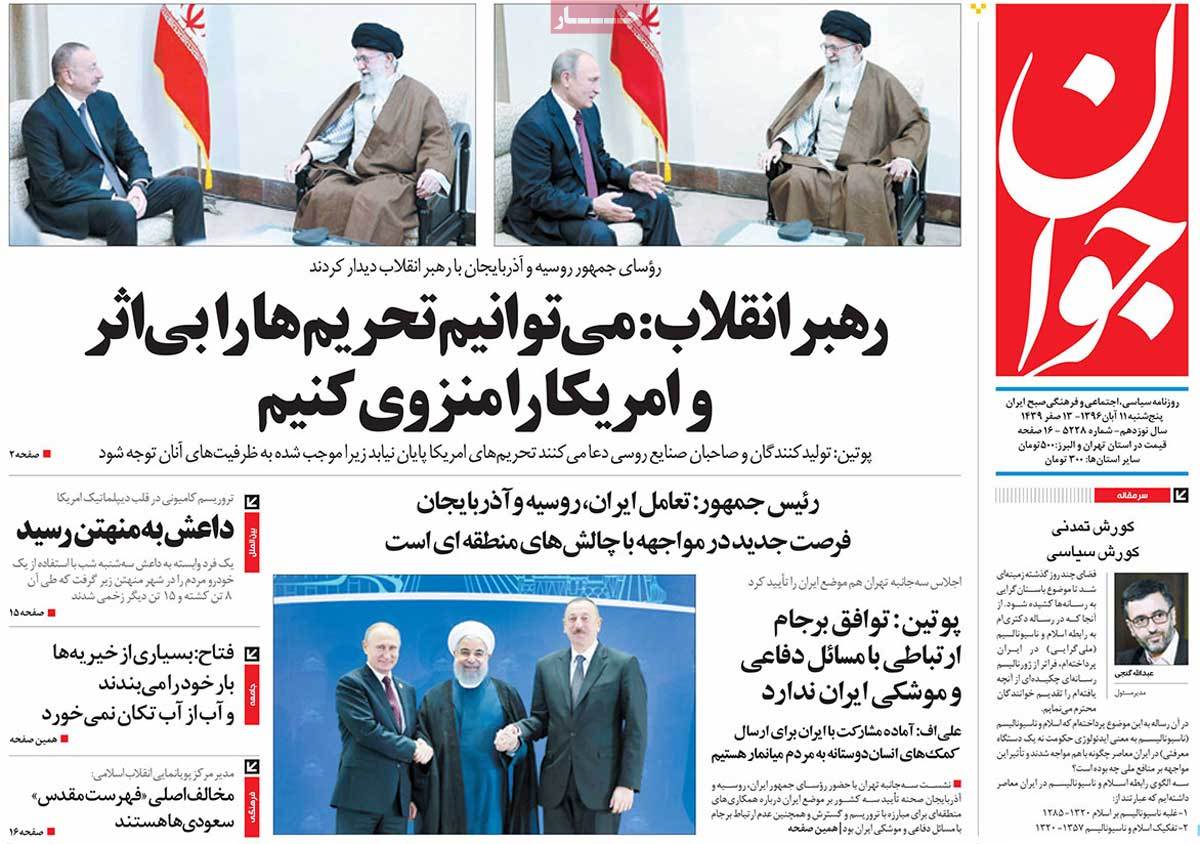 3- Secretary-General of (P)GCC: Resolving Qatar Crisis Not My Responsibility! 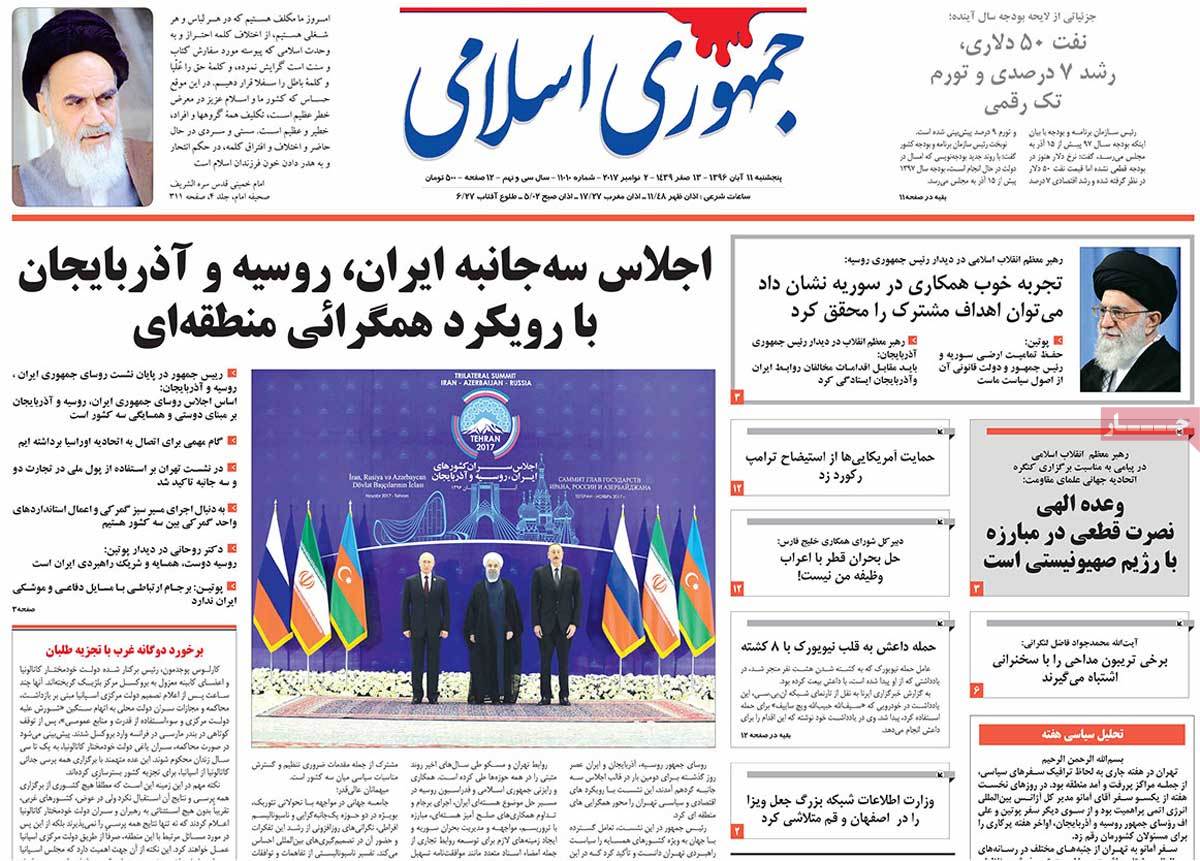 1- Iran Leader: US Bullying Should Be Countered

3- Kayhan Chief: Damages Caused by Iran Nuclear Deal Not to Be Compensated Soon 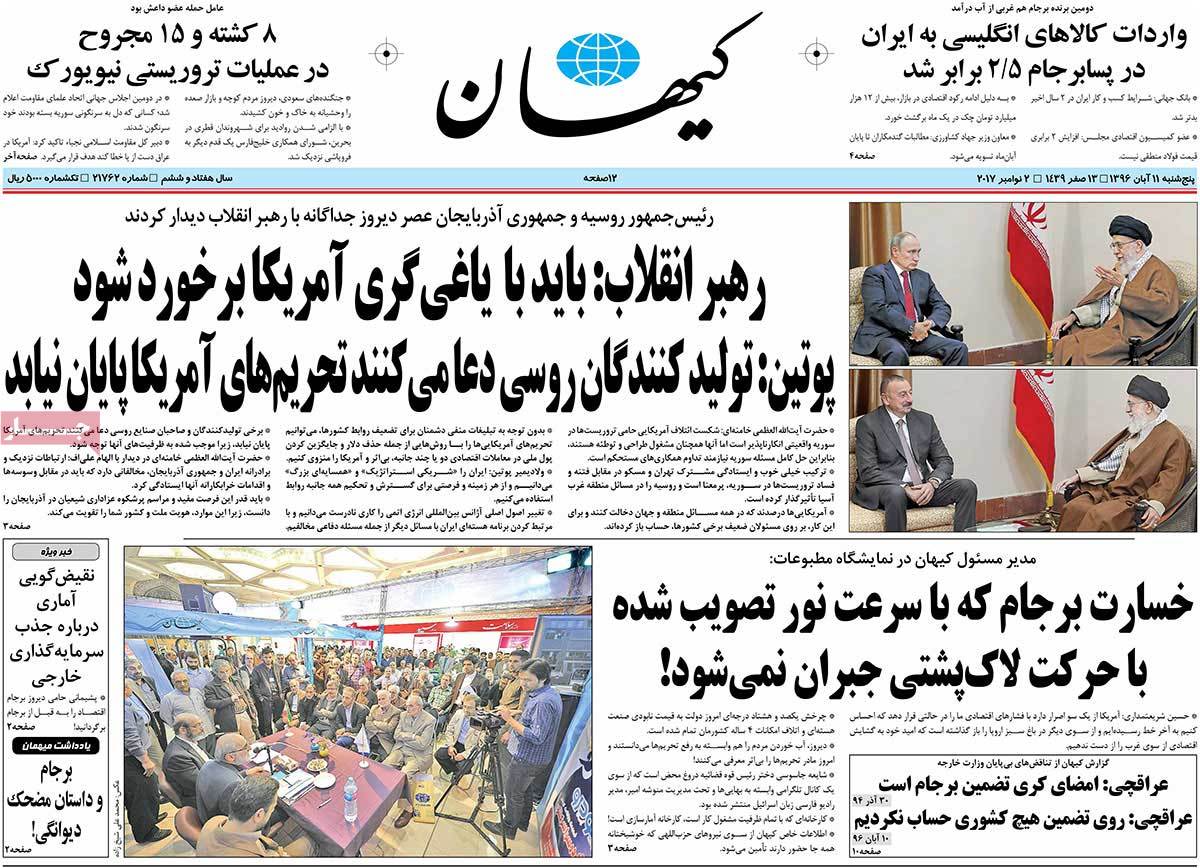 1- Resistance Front to Survive, Israel to Decline for Sure: Palestinian Sheikh 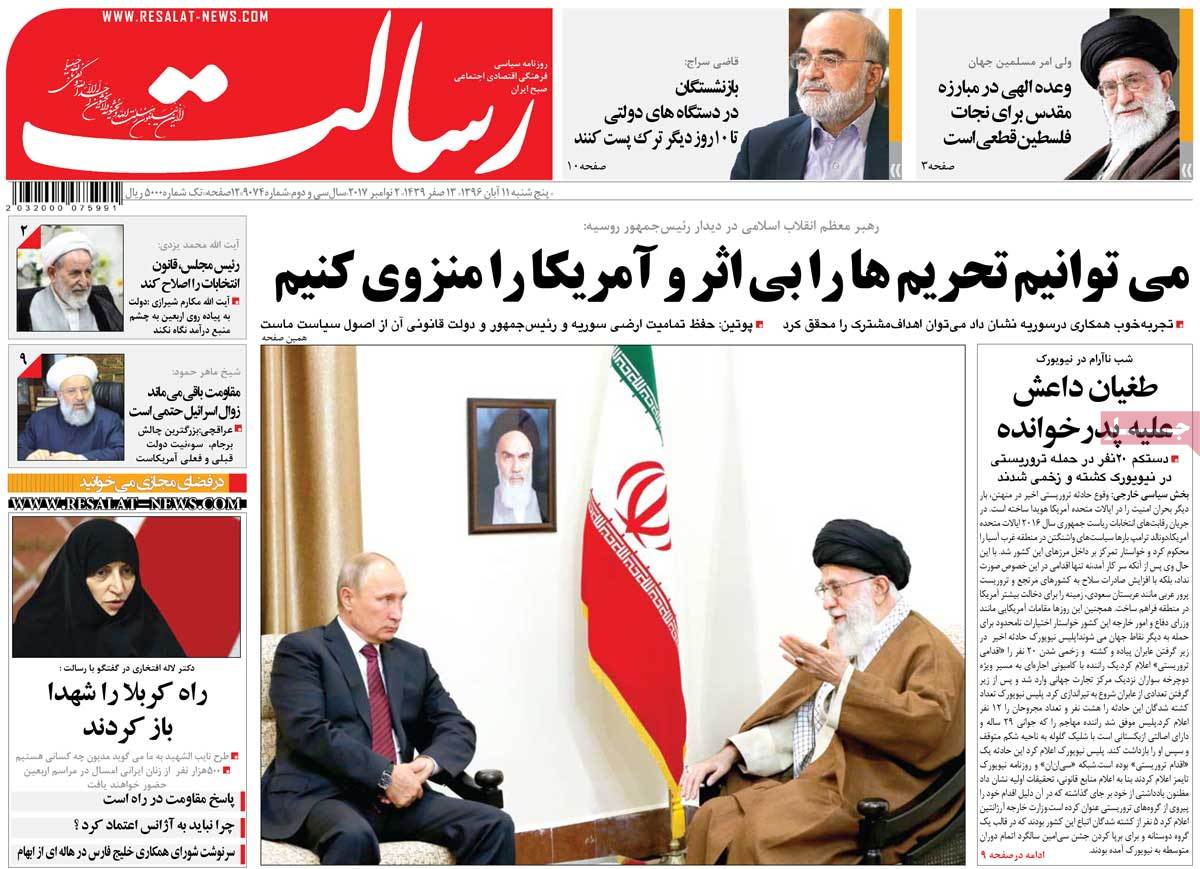