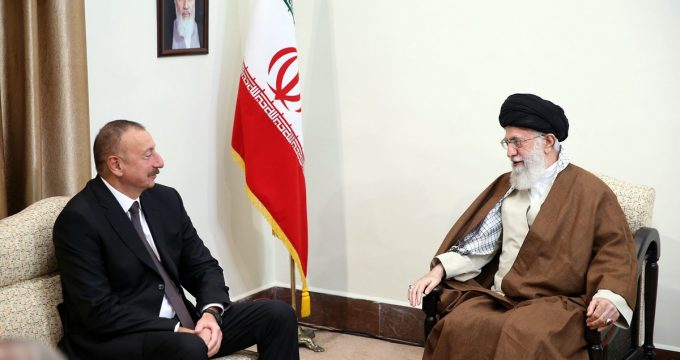 IRNA – Iran’s Supreme Leader Ayatollah Seyyed Ali Khamenei said on Wednesday that although Iran and Azerbaijan enjoy close and brotherly relations, the two countries should be aware of their enemies and foil their destructive plots.

In a meeting with Azerbaijan Republic’s President Ilham Aliyev late on Wednesday, Ayatollah Khamenei called for double efforts to deepen cooperation in different fields while referring to deep-rooted bonds between the two countries.

He said that the majority of the Azeri nation like those of Iran and Iraq are followers of the Household of Prophet Mohammad (PBUH), which will provide a useful opportunity for strengthening the country and nation’s identity.

The reason behind the failure of former Soviet Union’s efforts to promulgate Marxism and consigning the religion into oblivion in Azerbaijan is the strong faith of the nation, Leader said, hailing the glorious ceremonies marking martyrdom anniversary of Imam Hossein (AS) the third Shia Imam.