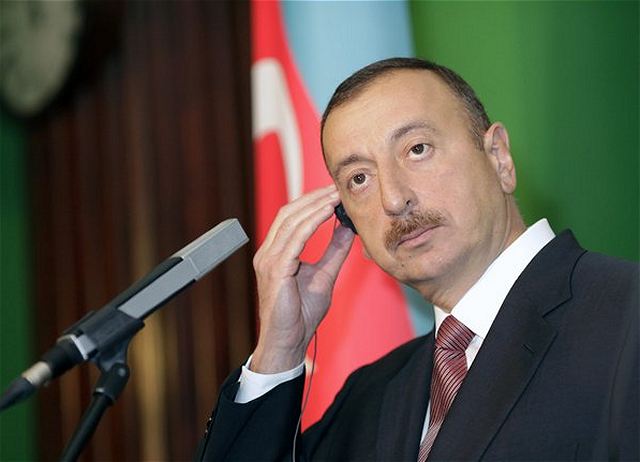 MNA – President of Azerbaijan Ilham Aliyev has arrived in Tehran Wed. morning to take part in a trilateral summit with his Iranian and Russian counterparts on the International North–South Transport Corridor (INSTC) project.

President Ilham Aliyev is scheduled to take part in the second round of their strategic meeting of trilateral cooperation with President Rouhani and President Putin in line with the International North–South Transport Corridor (INSTC) project.

The first round of the trilateral summit was held in August 2016 in Baku, adopting a declaration which covered cooperation in fight against terrorism, settlement of regional conflicts, working together on the Caspian Sea, banking issues, technology transfer, and development of ties in the energy sector, transport and other areas of interest.

The Russian president will land in Tehran in a few hours.