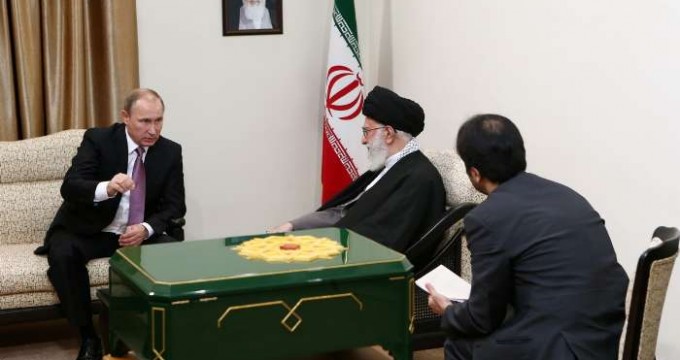 TASS– Russian President Vladimir Putin will meet with Supreme Leader of Iran, Grand Ayatollah Ali Khamenei on November 1 during his visit to Teheran.

The Kremlin representative added that this day the Russian president will also hold talks with Iranian President Hassan Rouhani, talks with Azerbaijani President Ilham Aliyev and take part in a three-party meeting of the three leaders. “Issues of economic cooperation will be chiefly discussed,” Peskov noted. He stated “a considerable increase in turnover in the Russian-Iranian-Azerbaijani triangle.”

The Kremlin representative said that the negotiations will also focus on infrastructural projects, including construction of a main railway line – the western branch of the North-South Transport Corridor. In addition, the leaders will discuss cooperation in the energy sector and share opinions on current international problems.