A Look at Iranian Newspaper Front Pages on October 30

Iran Front Page- IFP has taken a look at the front pages of Iranian newspapers on Monday, October 30, and picked headlines from 19 of them. IFP has simply translated the headlines and does not vouch for their accuracy.

Rouhani made the remarks in an address to a parliamentary session held to give a vote of confidence to the two ministers he had proposed. Both of his picks, Science Minister Mansour Gholami and Energy Minister Reza Ardakanian were endorsed by the lawmakers.

Newspapers today also covered the Iranian foreign ministry’s remarks about a request by US President Donald Trump to meet Iran’s Rouhani on the sidelines of the UN General Assembly in New York. The foreign ministry says the Iranian president had rejected the offer.

1- Amano: Iran Has Fulfilled All Its JCPOA Commitments 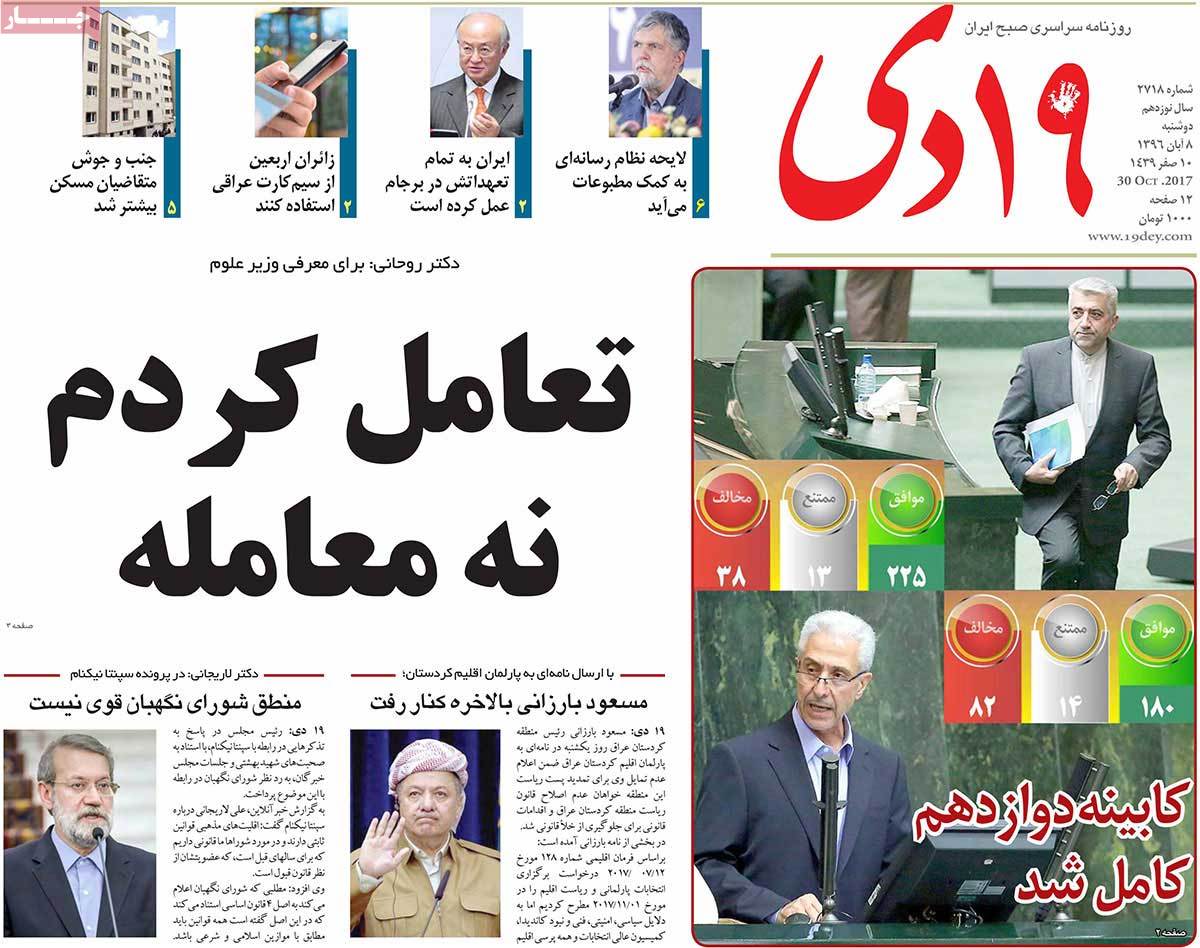 1- Rouhani: We Have Built, Are Building, Will Build Missiles 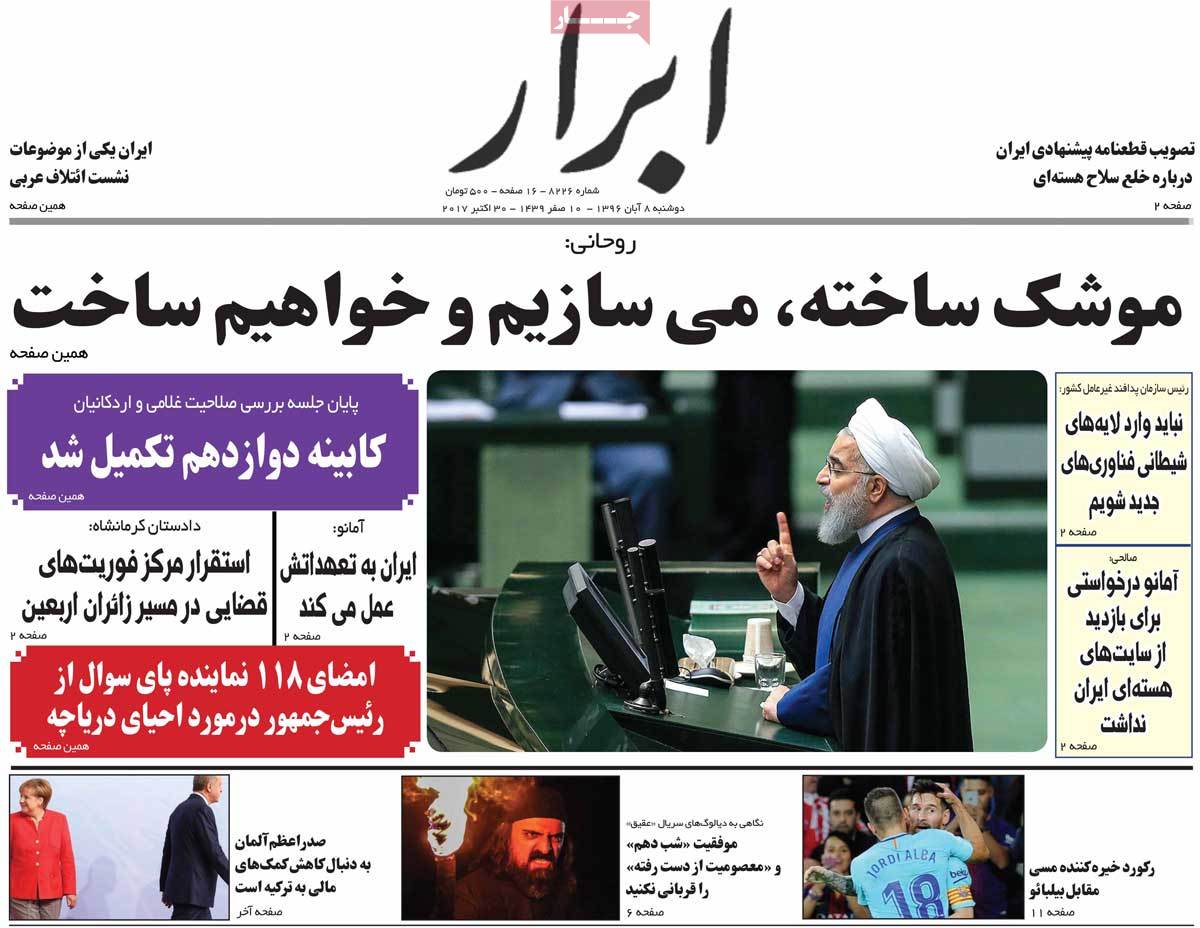 2- Iran Nuclear Chief: IAEA under US Pressure; We Hope It Can Maintain Independence 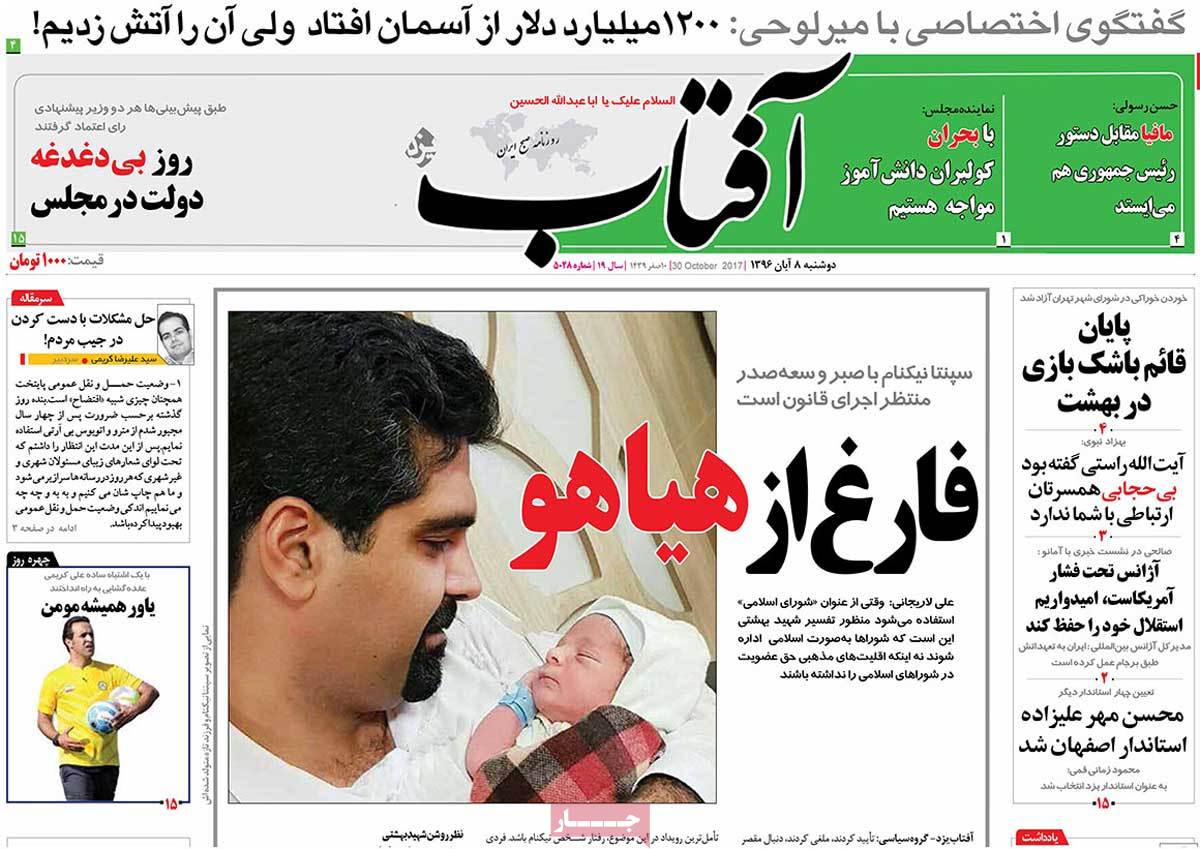 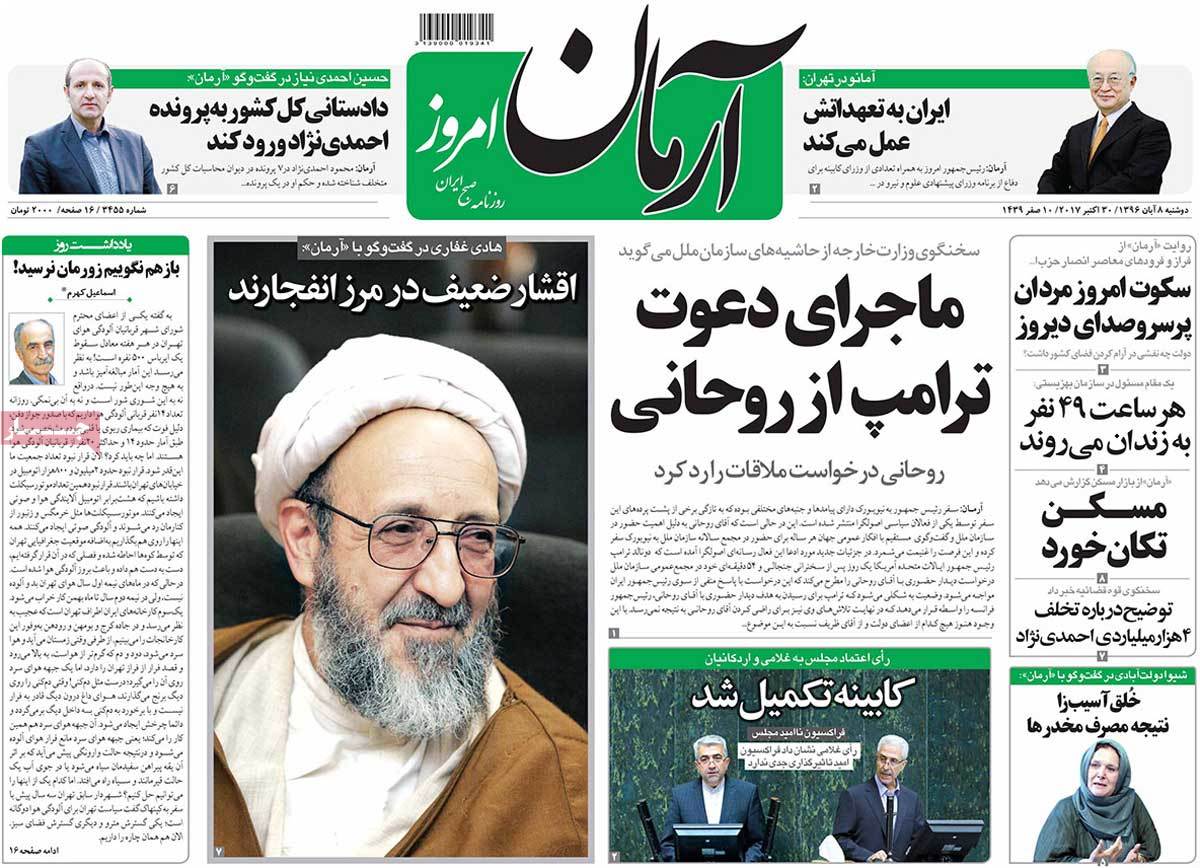 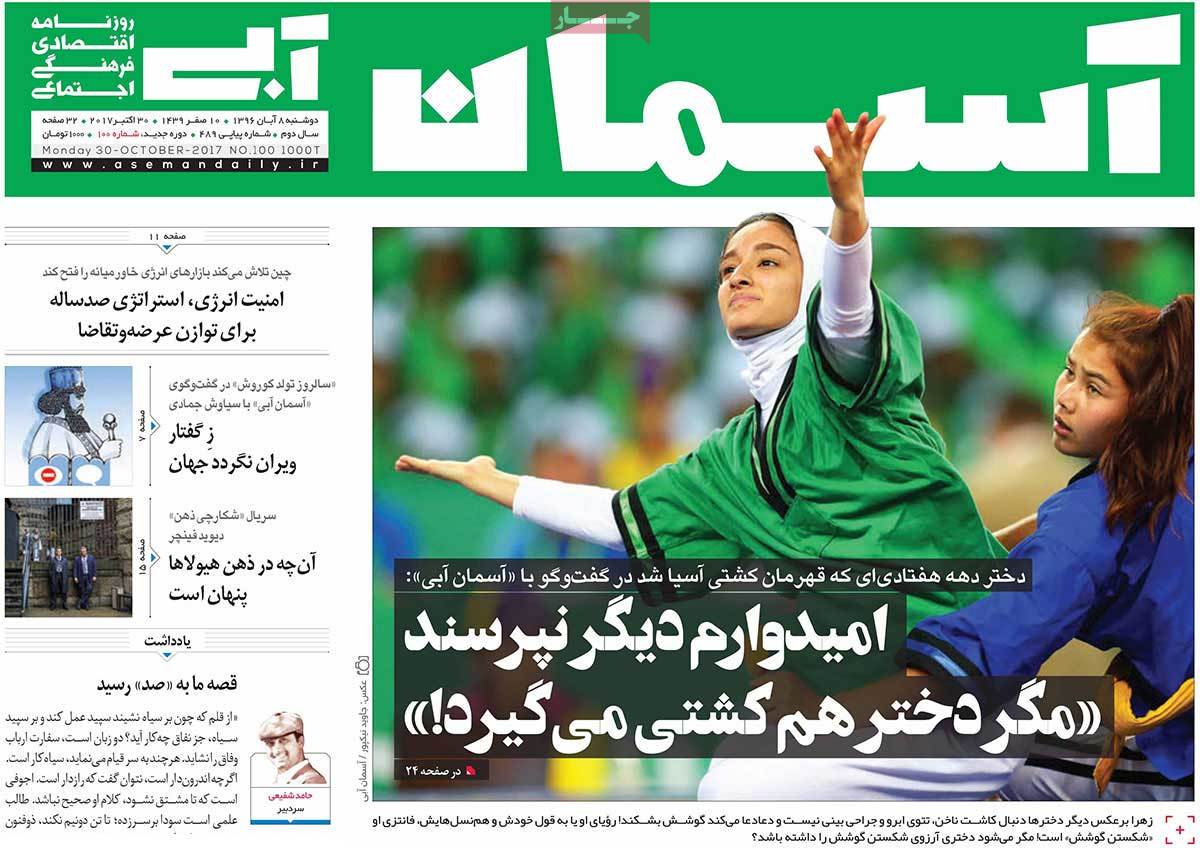 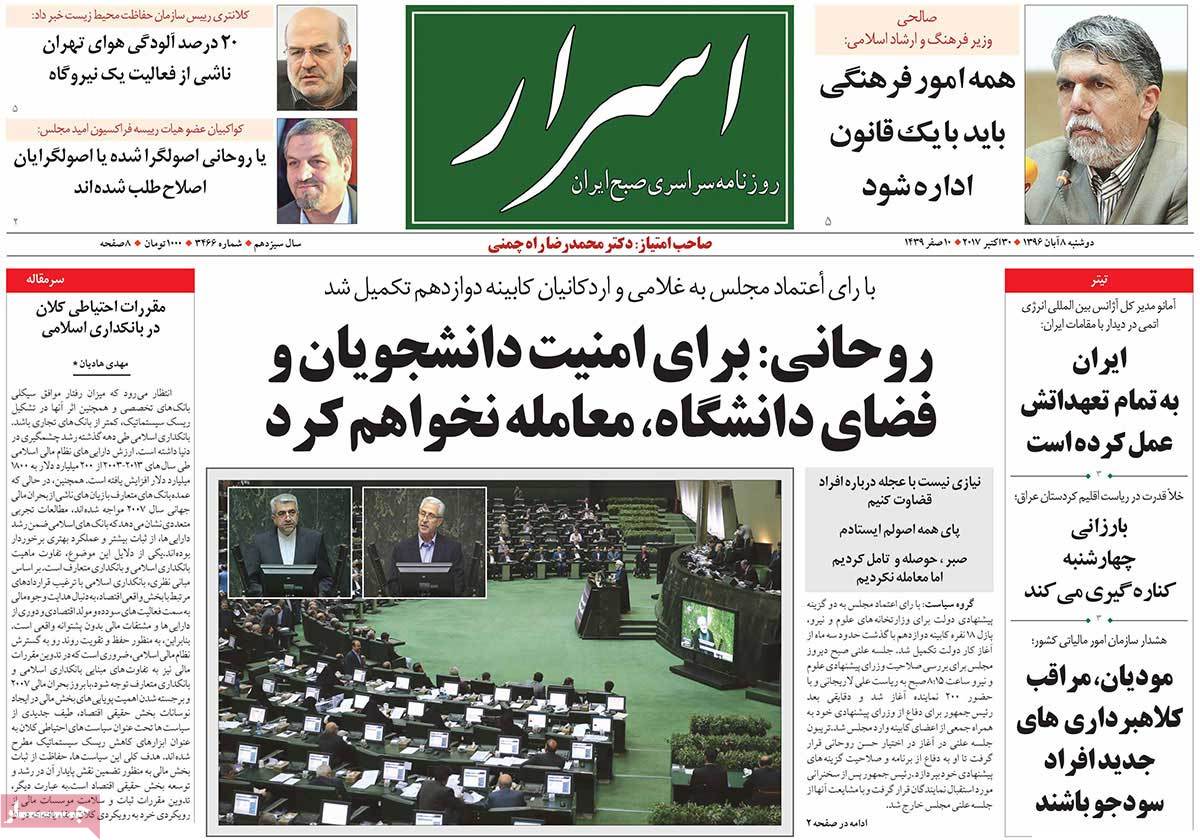 1- Amano’s Message of Peace, from Tehran to Washington 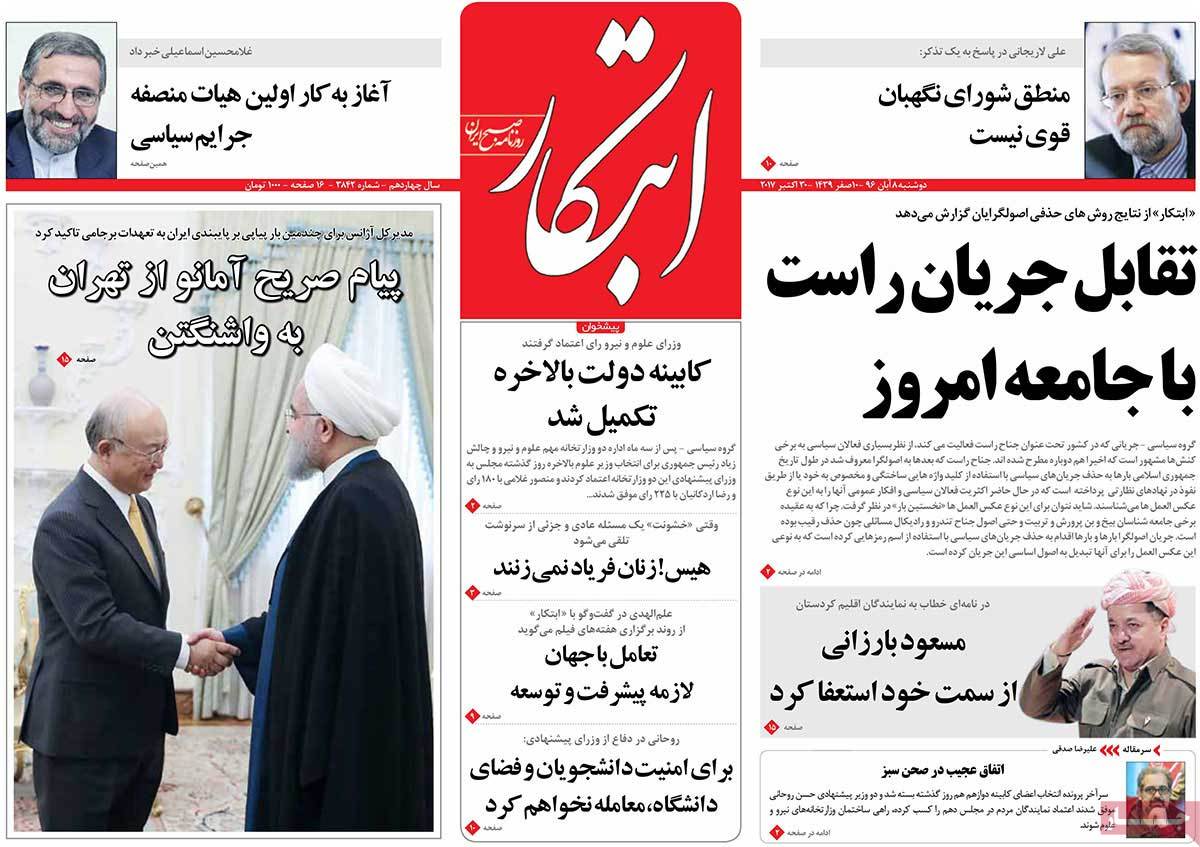 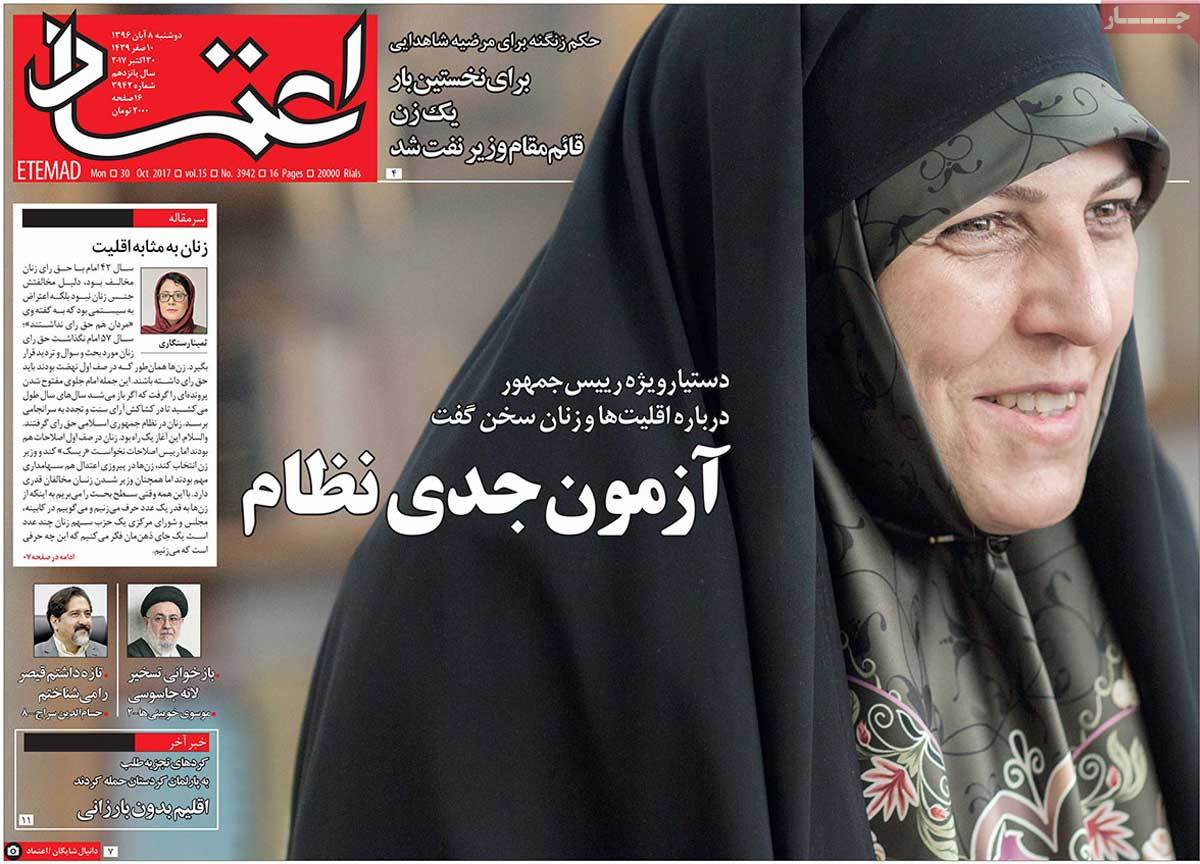 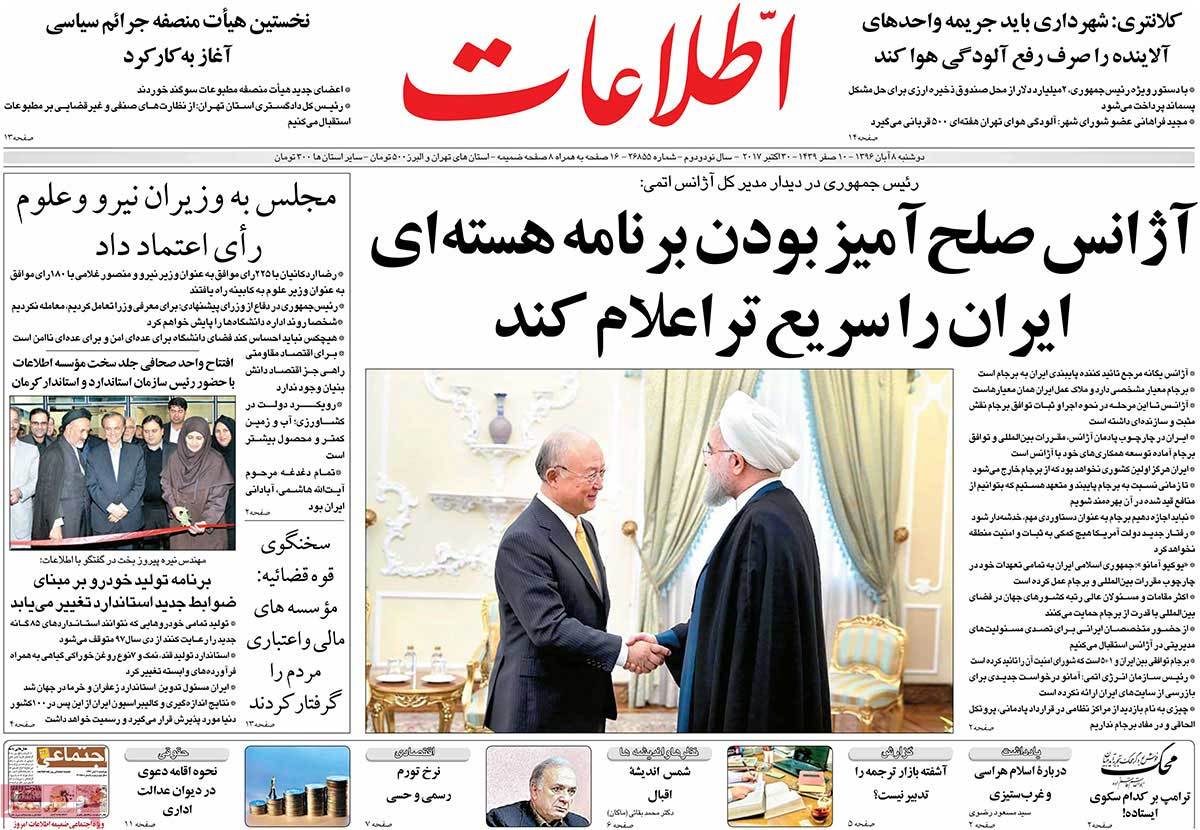 1- First Jury to Be Formed for Political Crimes: Final Step to Implement Constitution 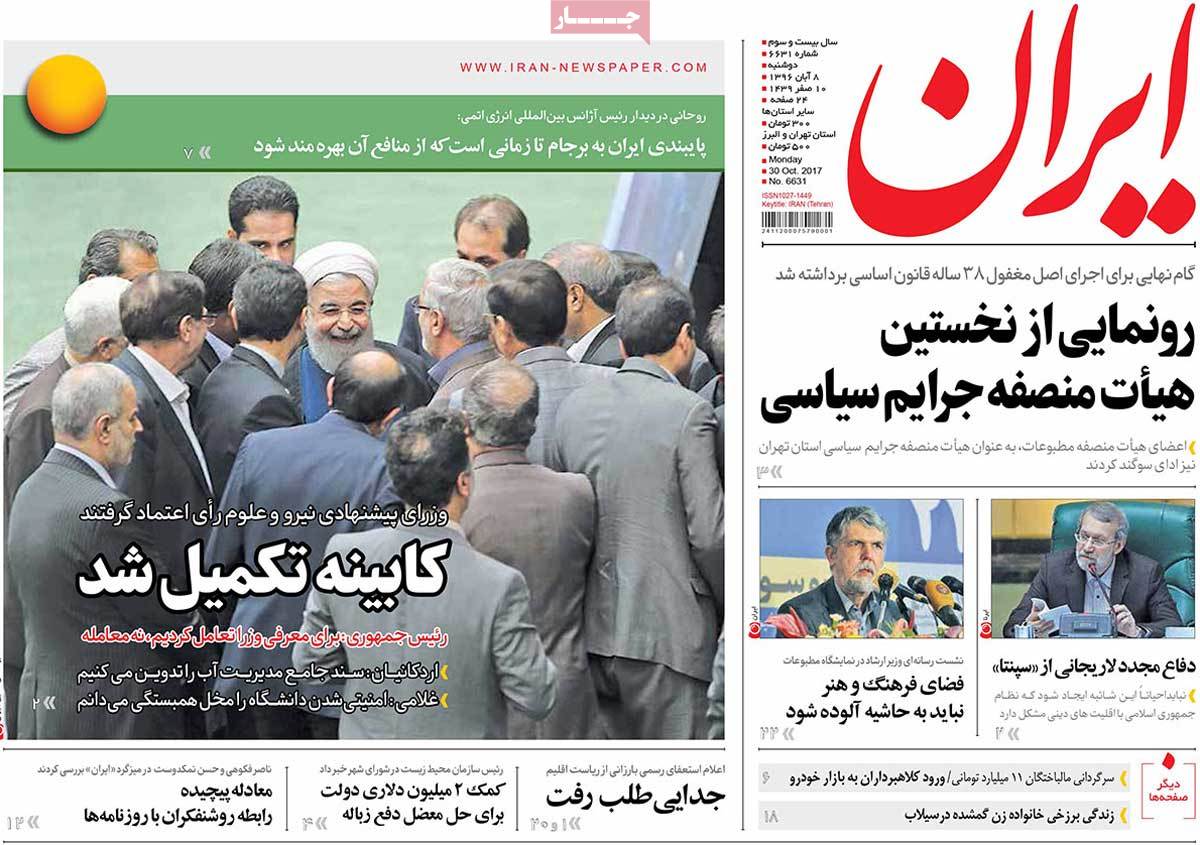 1- Rouhani’s Message for Iranian Proponents of West: Negotiation with US Is Insanity

2- Armed Clash in Session on Barzani’s Resignation: Masoud’s Gamble Leads to His Overthrow 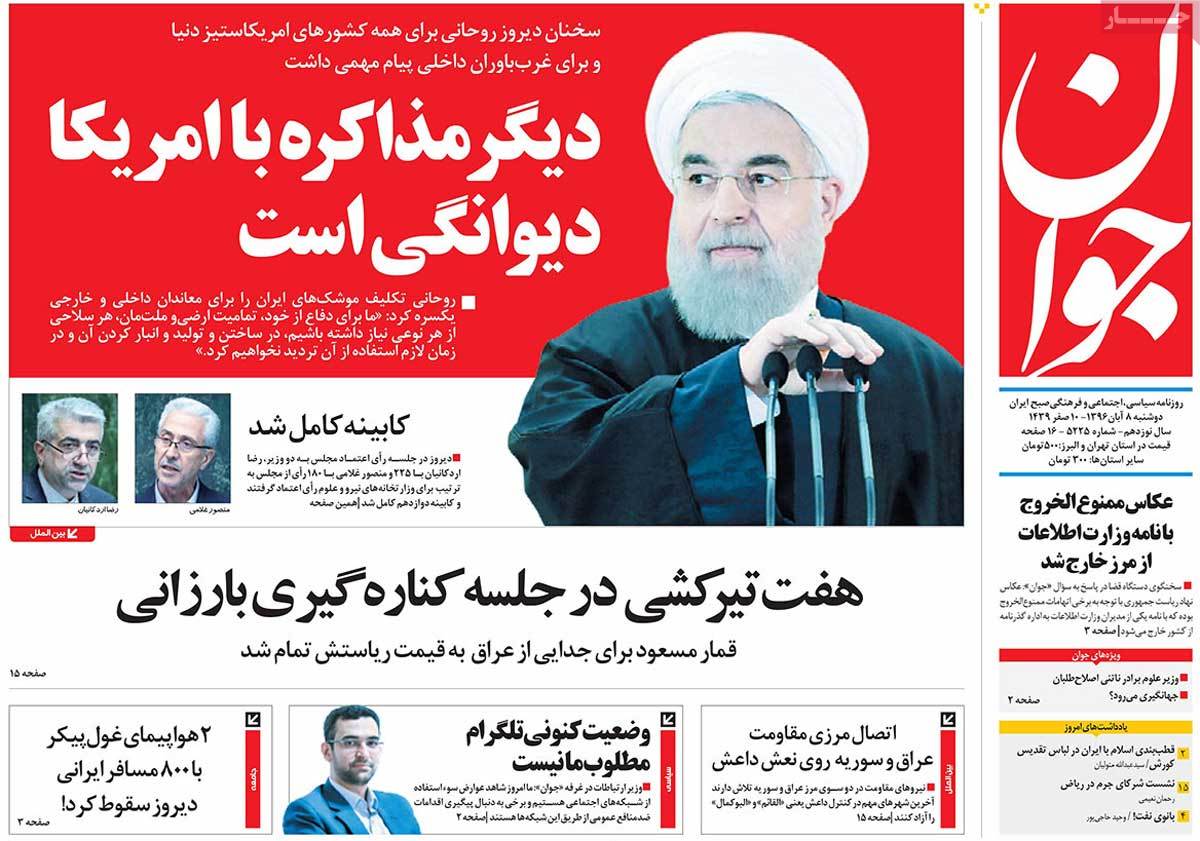 1- Amano: UNSC Backs Iran Nuclear Deal, I Don’t Have Anything to Say about Trump 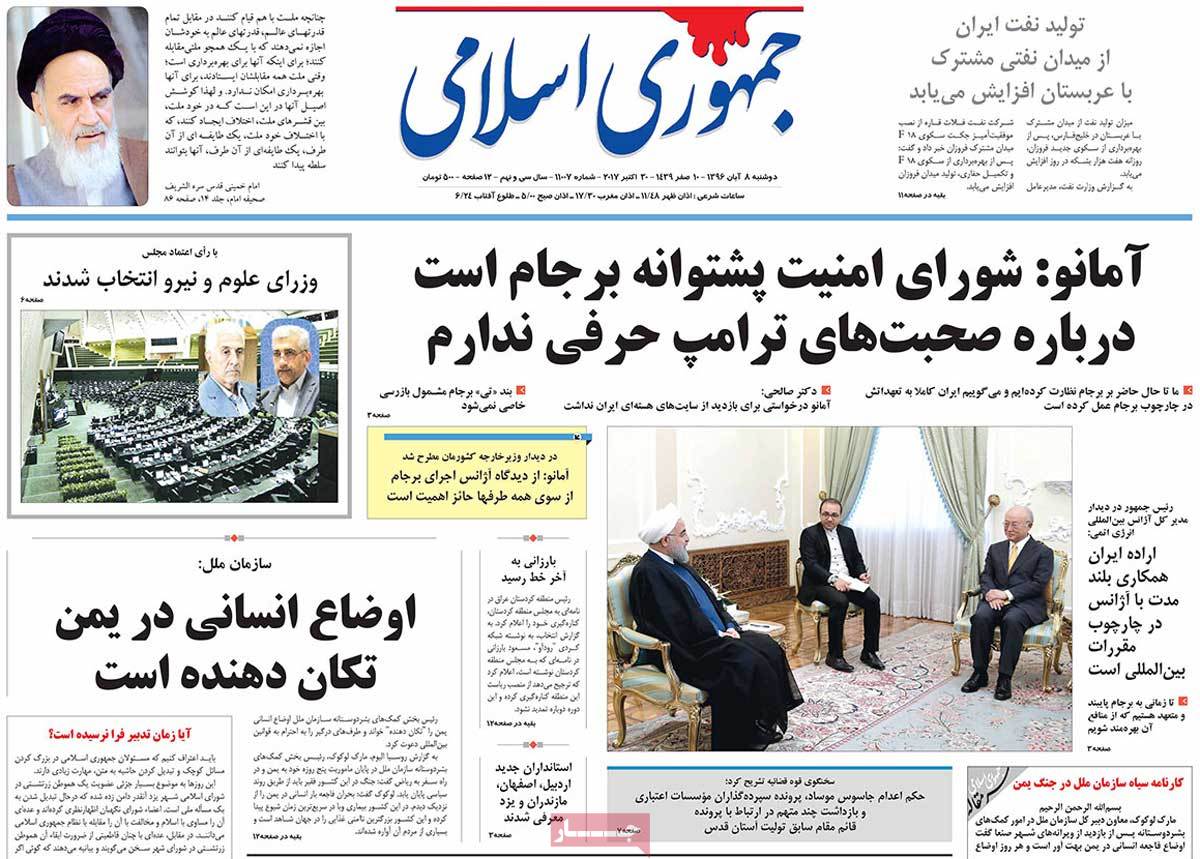 1- Rouhani: Other Countries Not That Crazy to Negotiate with US 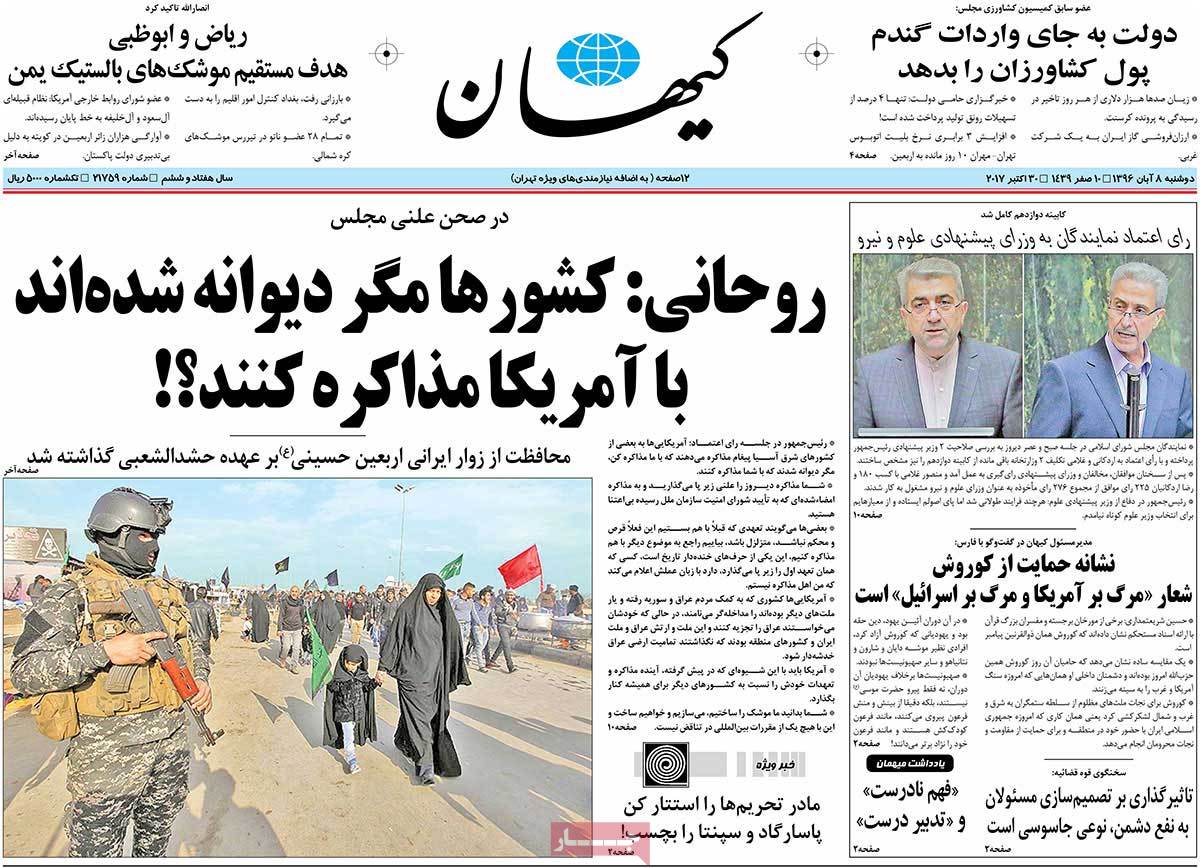 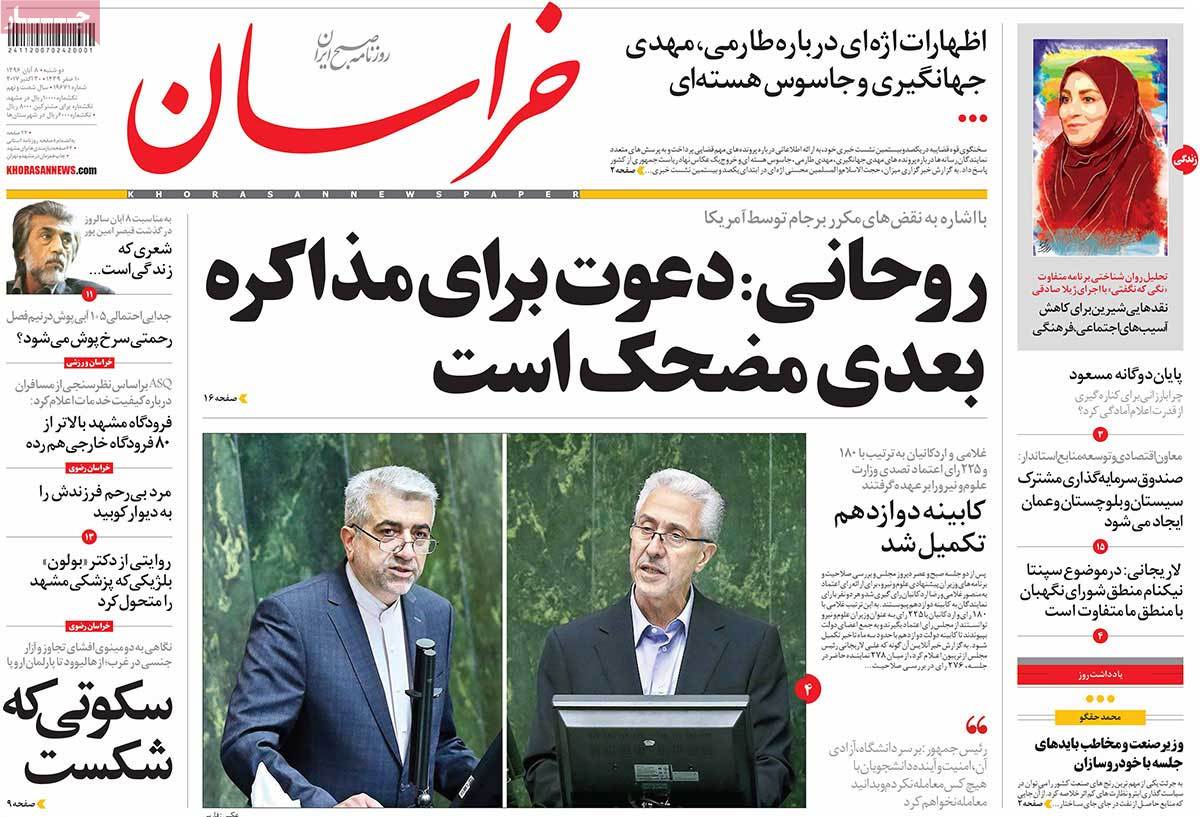 1- Rouhani in Defence of Proposed Minsters: I Don’t Make Deal on Security, Freedom

2- Barzani to Remain in Power in another Form: Kurdish Politician 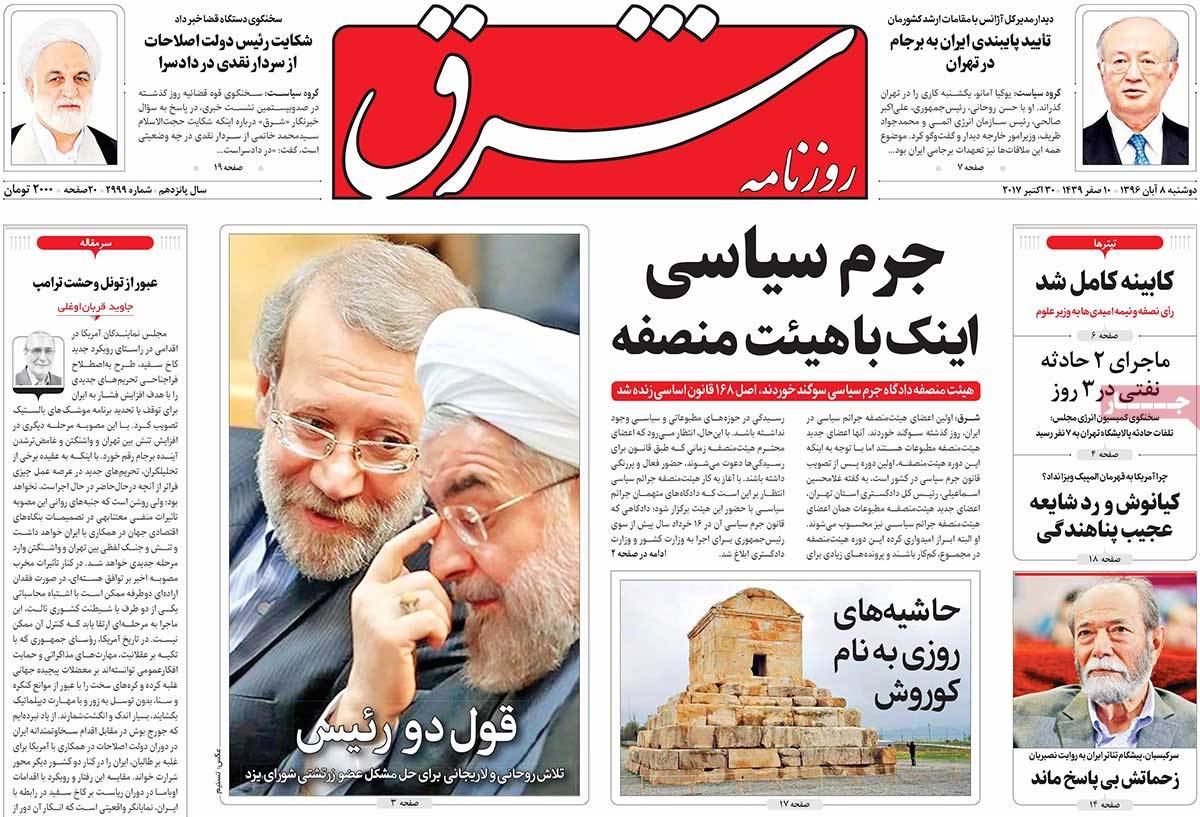 2- US No Longer Trustworthy for Russia

3- Tillerson: Iran Had No Role in Recapture of Syrian Territories from ISIS 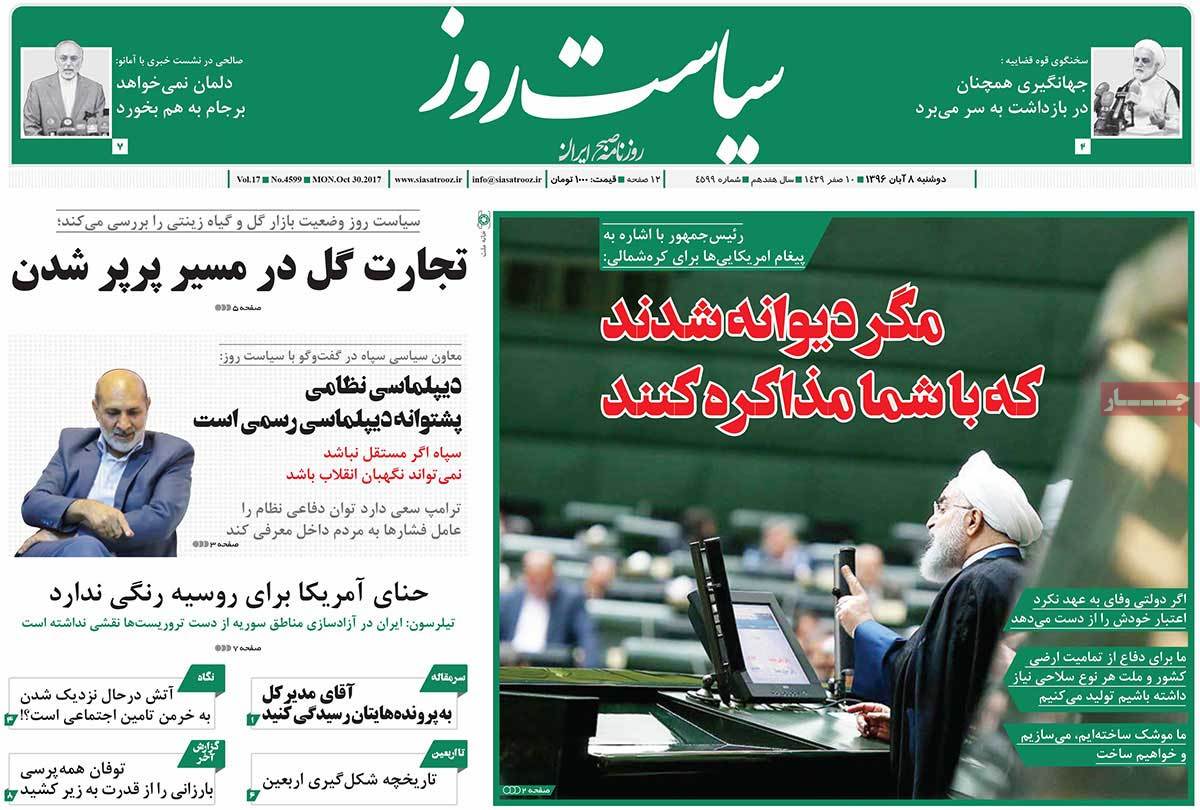 1- Rouhani Says No to Trump’s Request for Meeting 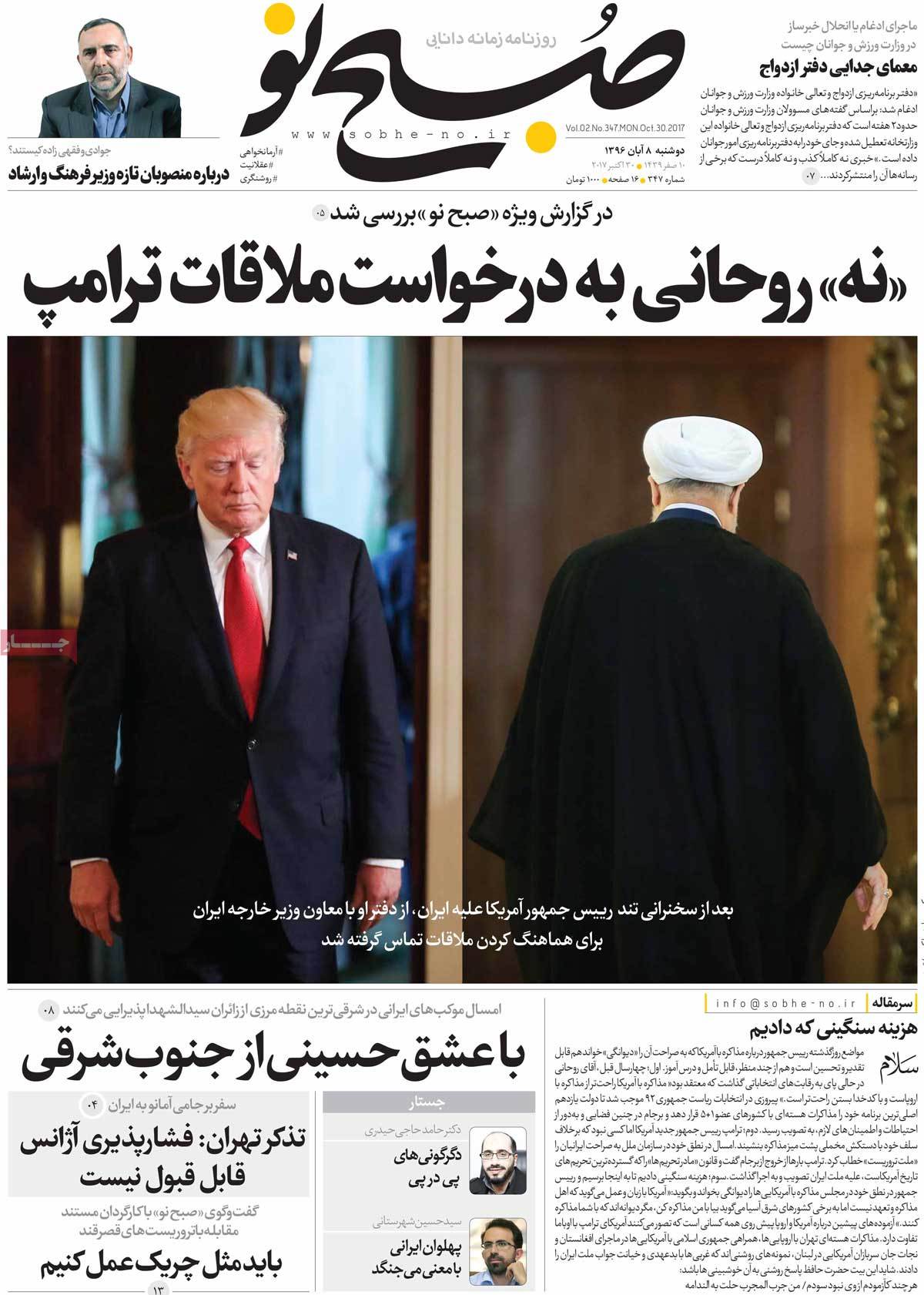 1- Bin Salman’s Tales from the Thousand and One Nights 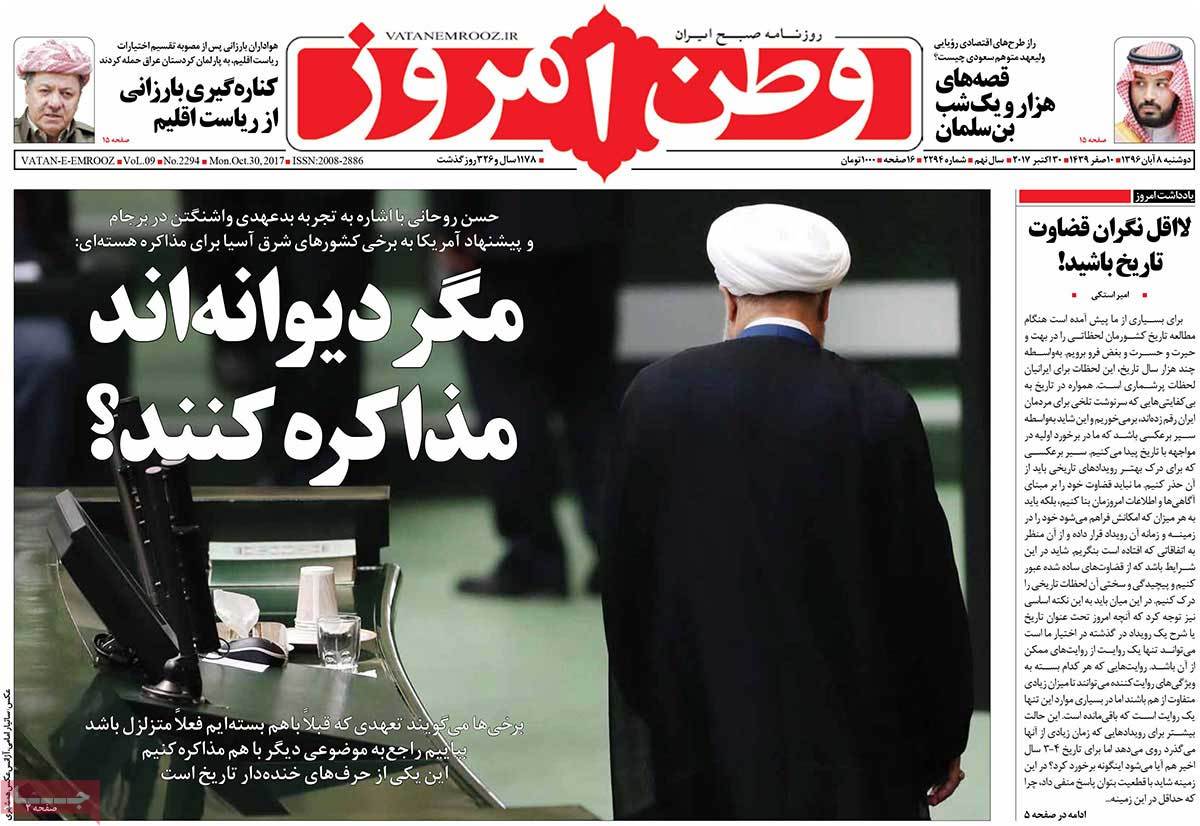