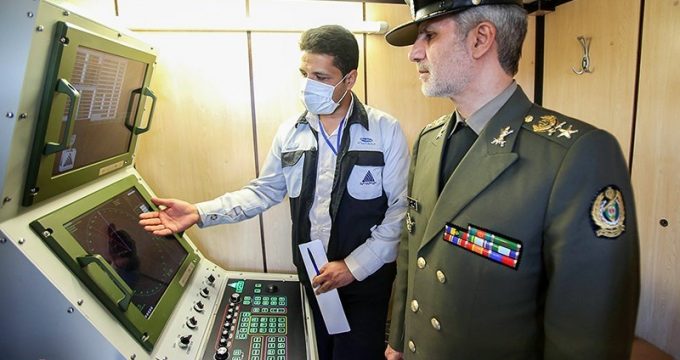 The new radar system developed by the electronics industries affiliated to the Defense Ministry was unveiled in attended by General Hatami.

‘The radar, he said, would be used for coastline surveillance,’ the Iranian defense minister said.

‘The system has remarkable electronic warfare technological capabilities and could monitor and track as many as 100 mobile targets simultaneously,’ the Iranian defense chief added.

He appreciated all experts and directors for such valuable achievements.