Iran Front Page- IFP has taken a look at the front pages of Iranian newspapers on Sunday, October 29, and picked headlines from 16of them. IFP has simply translated the headlines and does not vouch for their accuracy.

Newspapers today widely covered the beginning of Tehran Press Exhibition and the remarks made by First Vice-President Es’haq Jahangiri in the opening ceremony.

The resignation of Masoud Barzani, the president of Kurdistan Region Government (KRG), was also a top story today.

1- Rouhani: Terrorism, a Big Global Problem, Should Be Eradicated 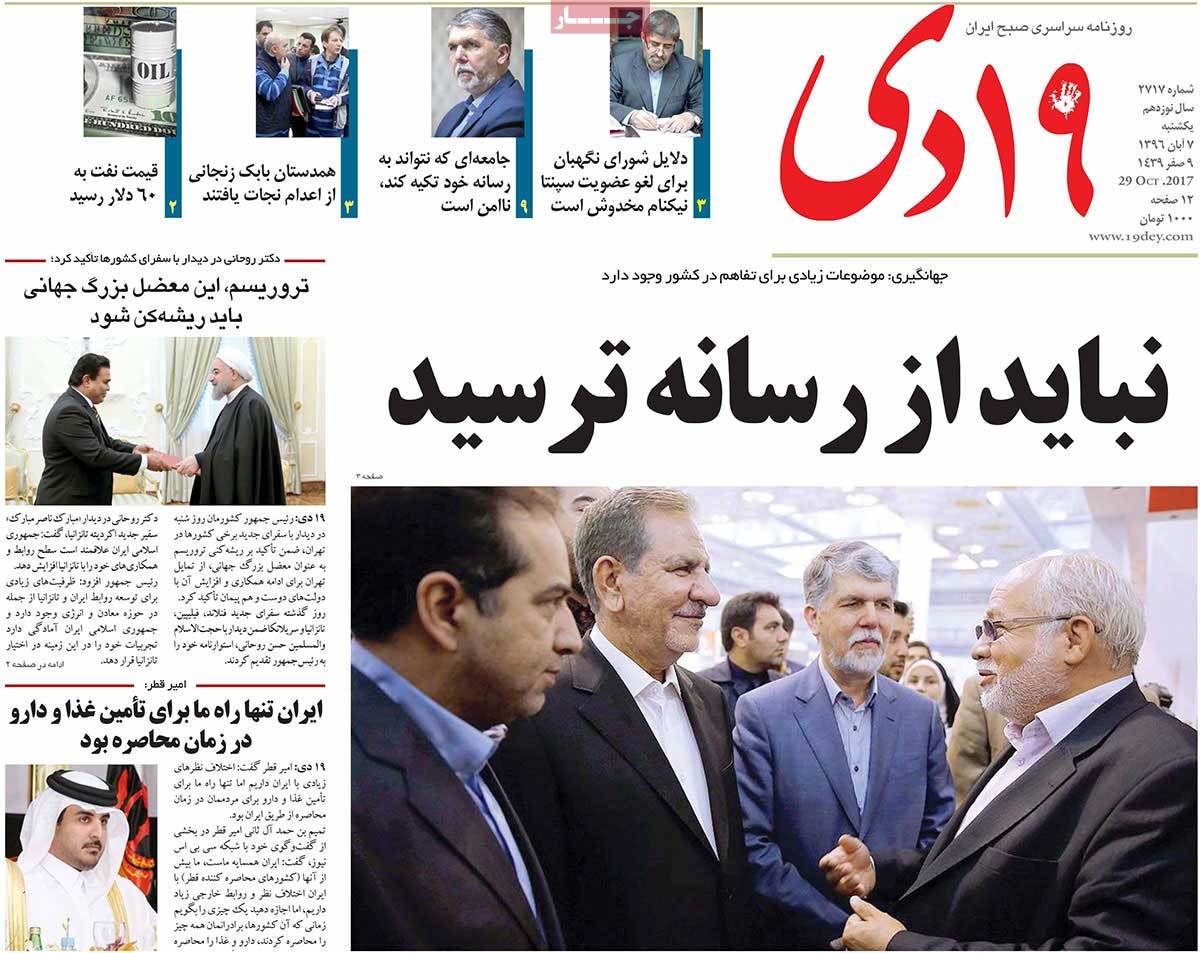 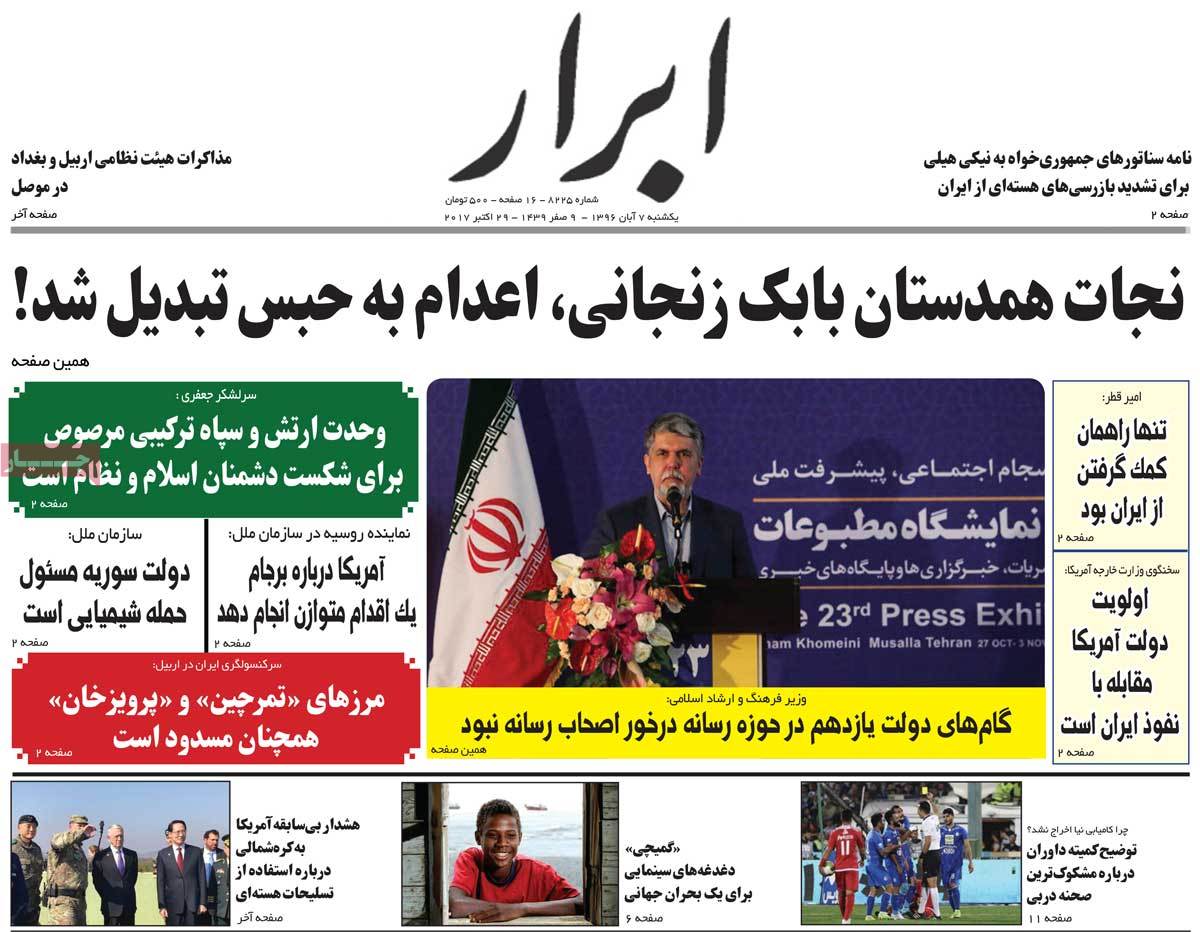 1- 13 Top Executives in the World Are under 40 Years Old: Iran Should Learn Lesson

3- Is Doha Moving towards Riyadh? 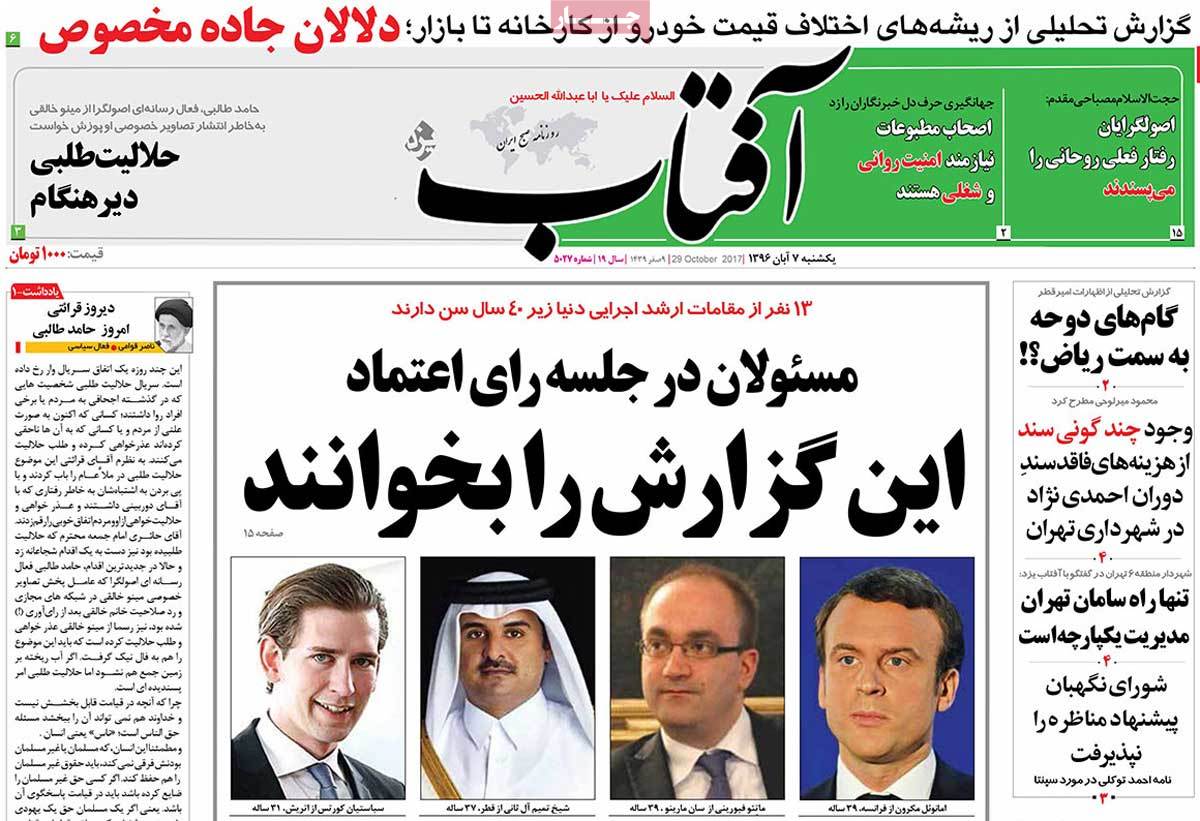 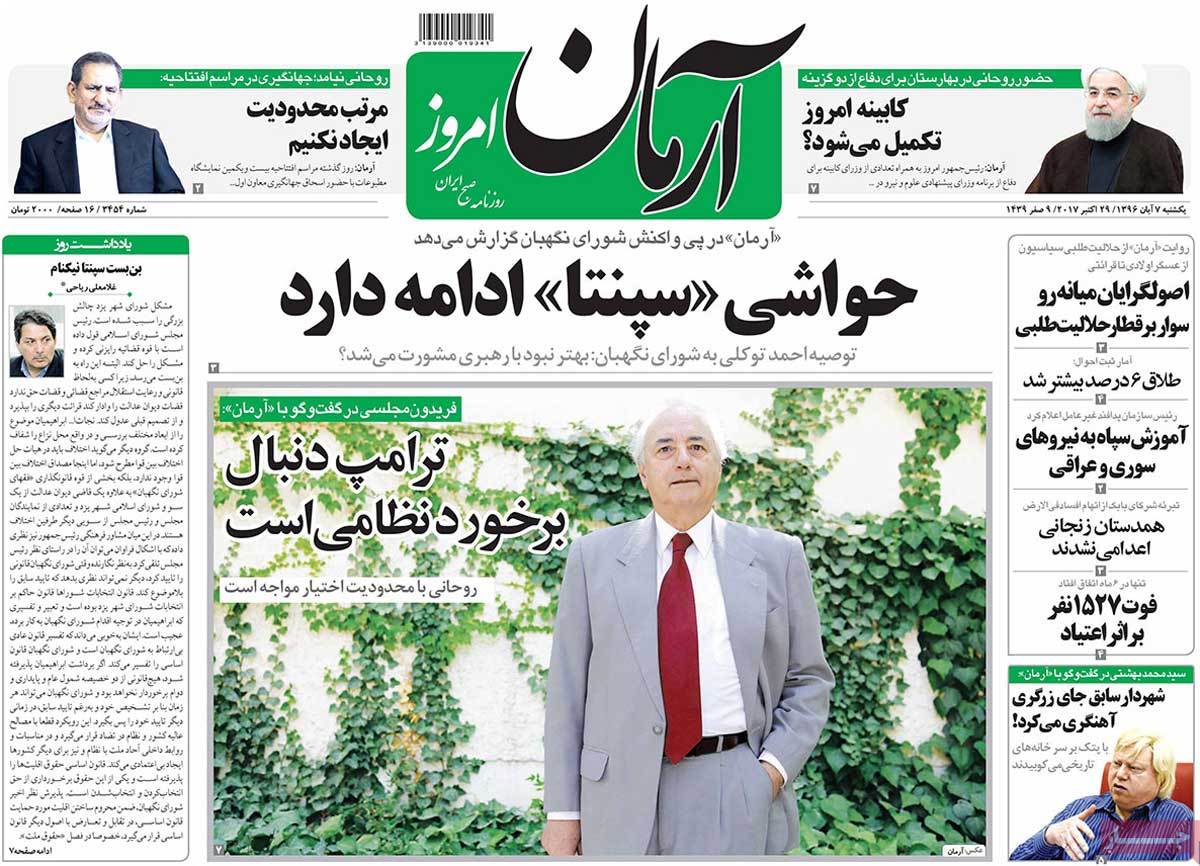 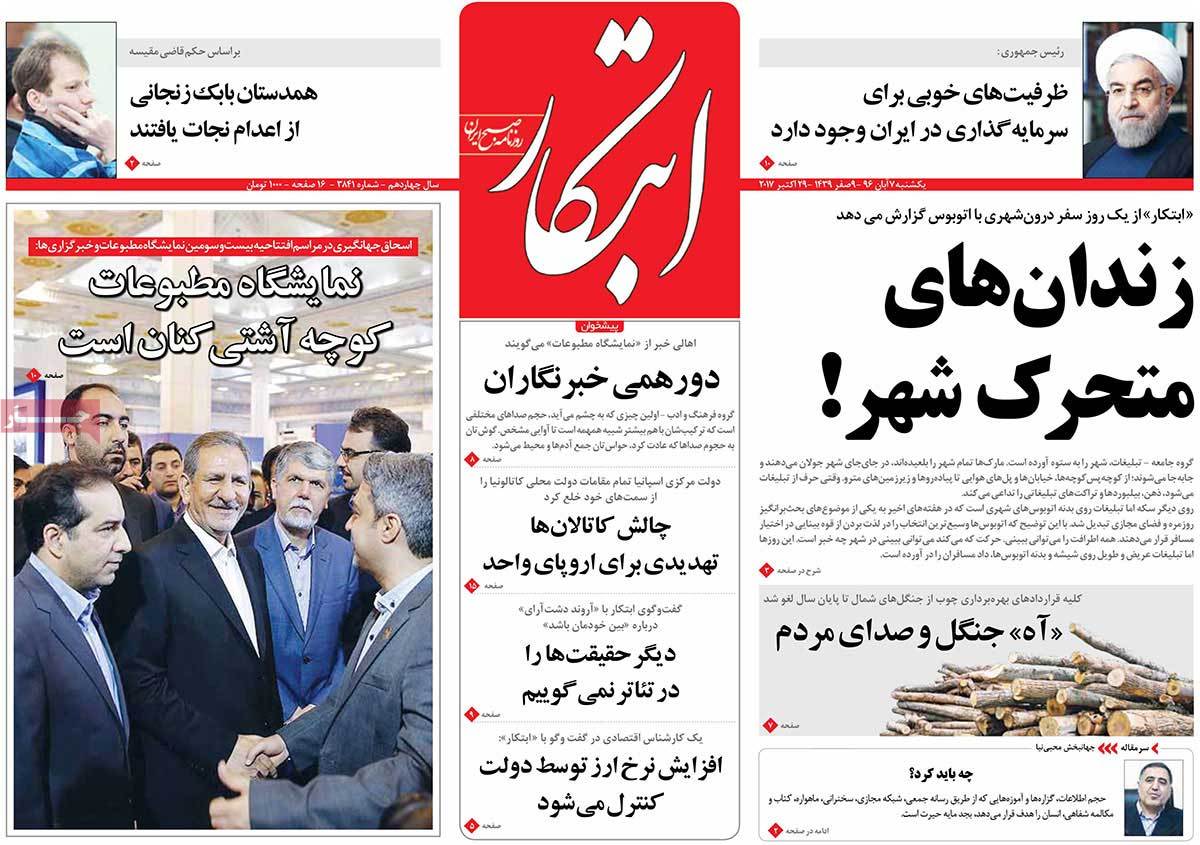 1- Strategy of Silence: All Rumours about Jahangiri’s Decreased Role in Gov’t

2- ISIS in Search for another Paradise 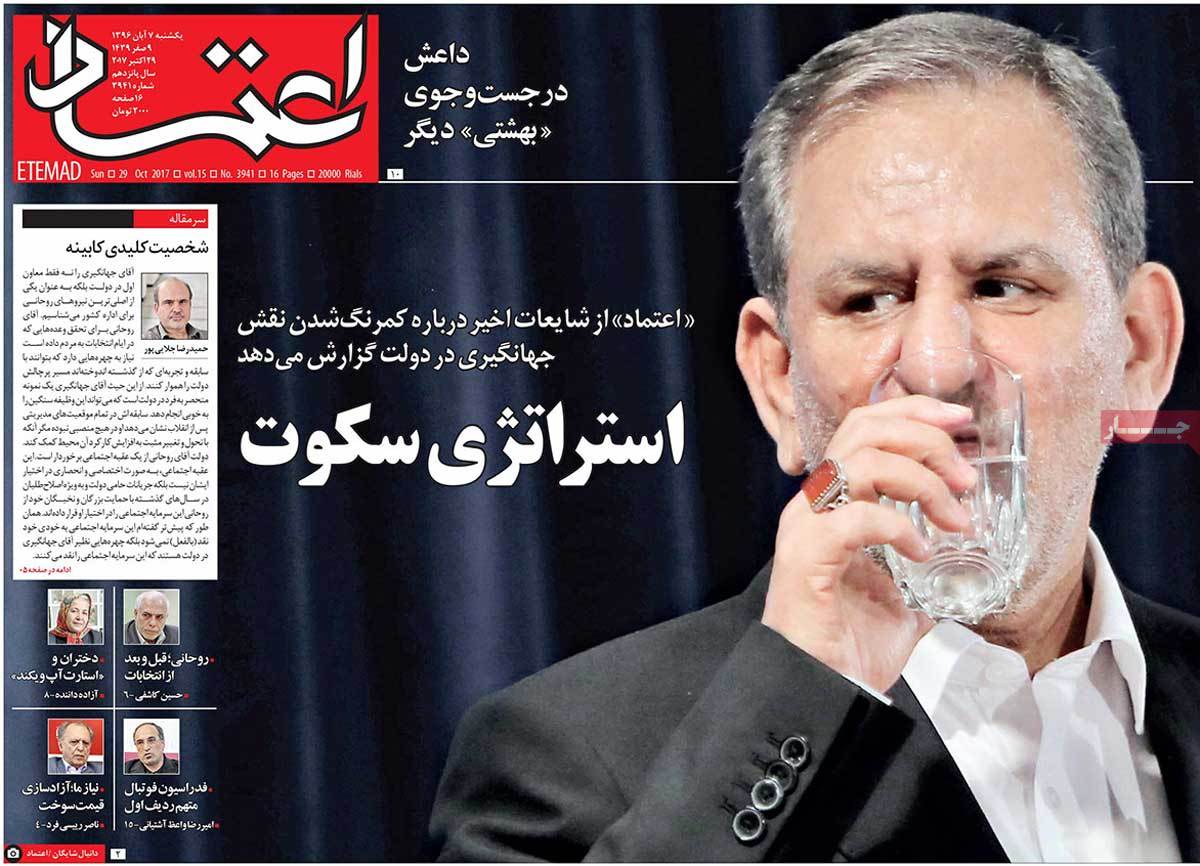 1-Barzani Resigns from Presidency of KRG 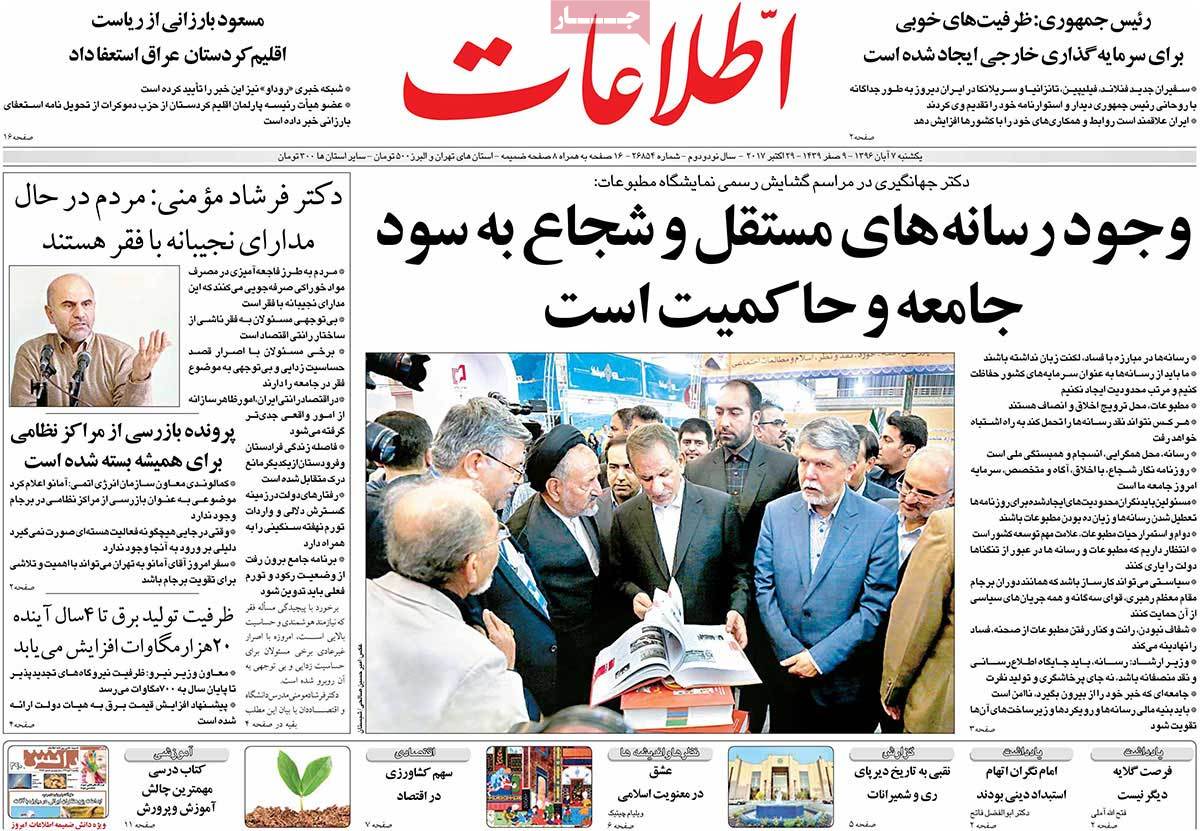 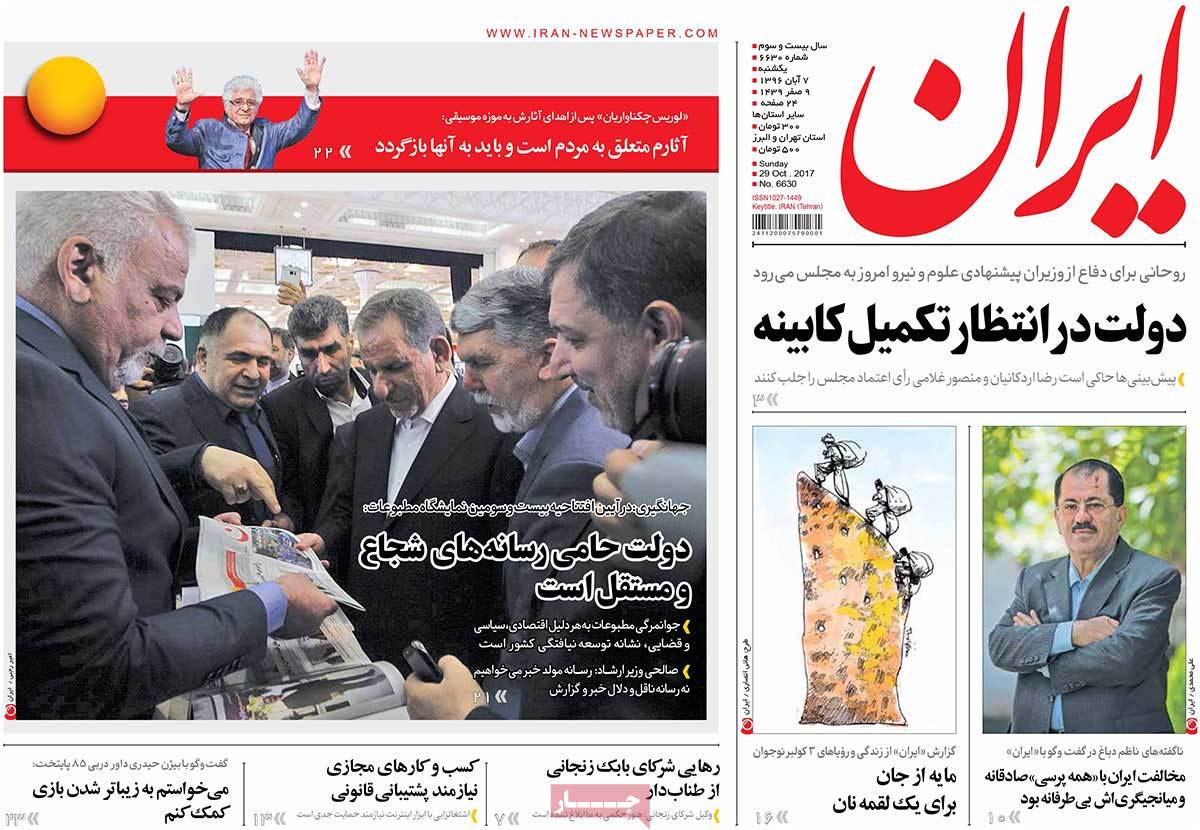 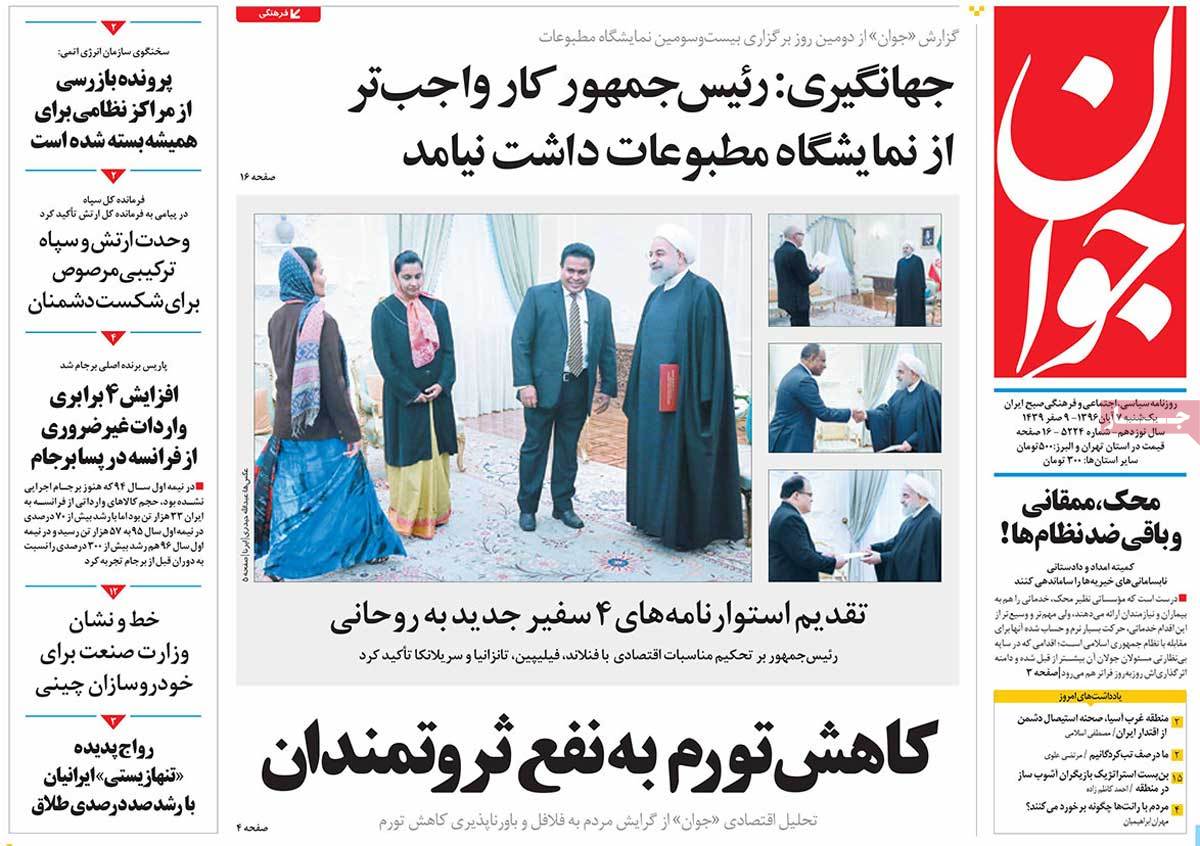 1- Increased Pressure of Kurdish Groups for Removal of Barzani

2- Producers in Britain Call for Enhanced Economic Ties with Iran 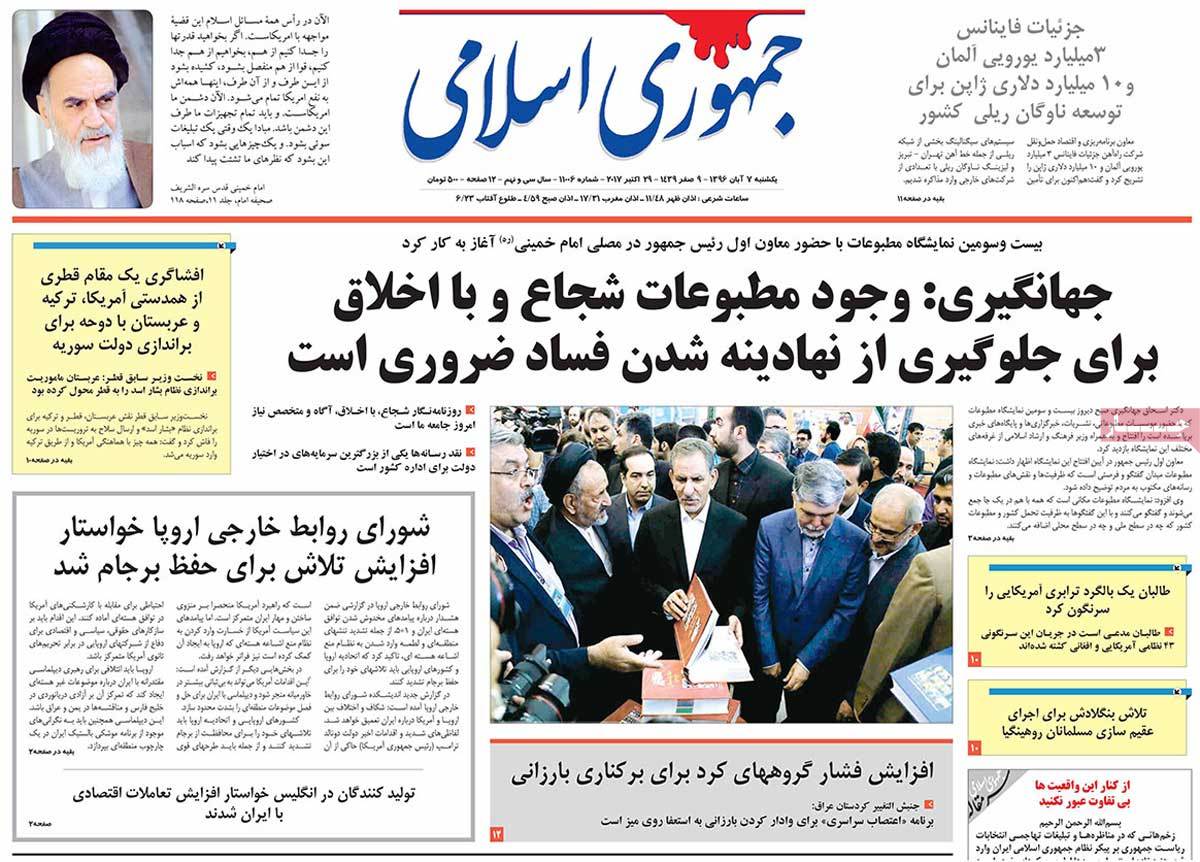 2- Role of Growing Dependence on Oil in Economic Insecurity 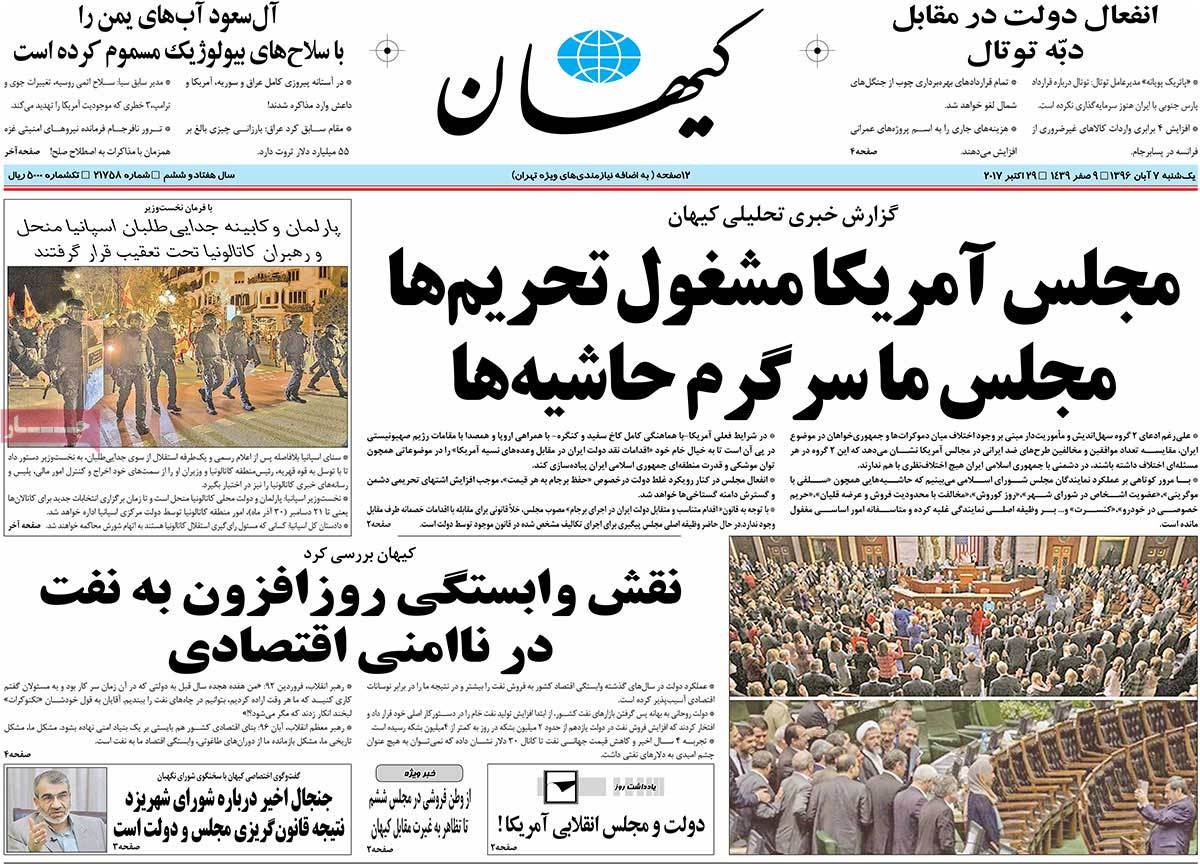 1- US Spokesman: We Want to Stop Iran’s Influence in Mideast 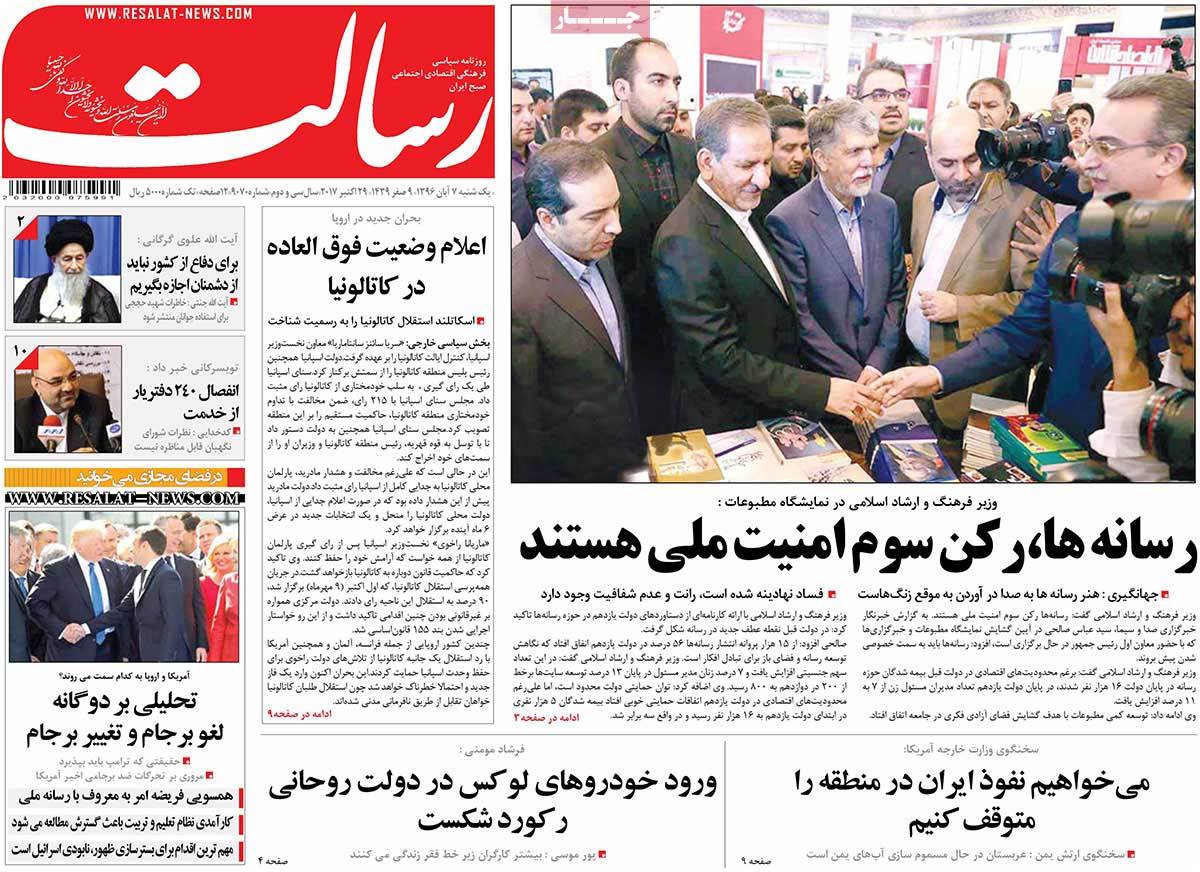 1- Iran First VP: We Shouldn’t Be Afraid of Media despite Their Harsh Criticisms 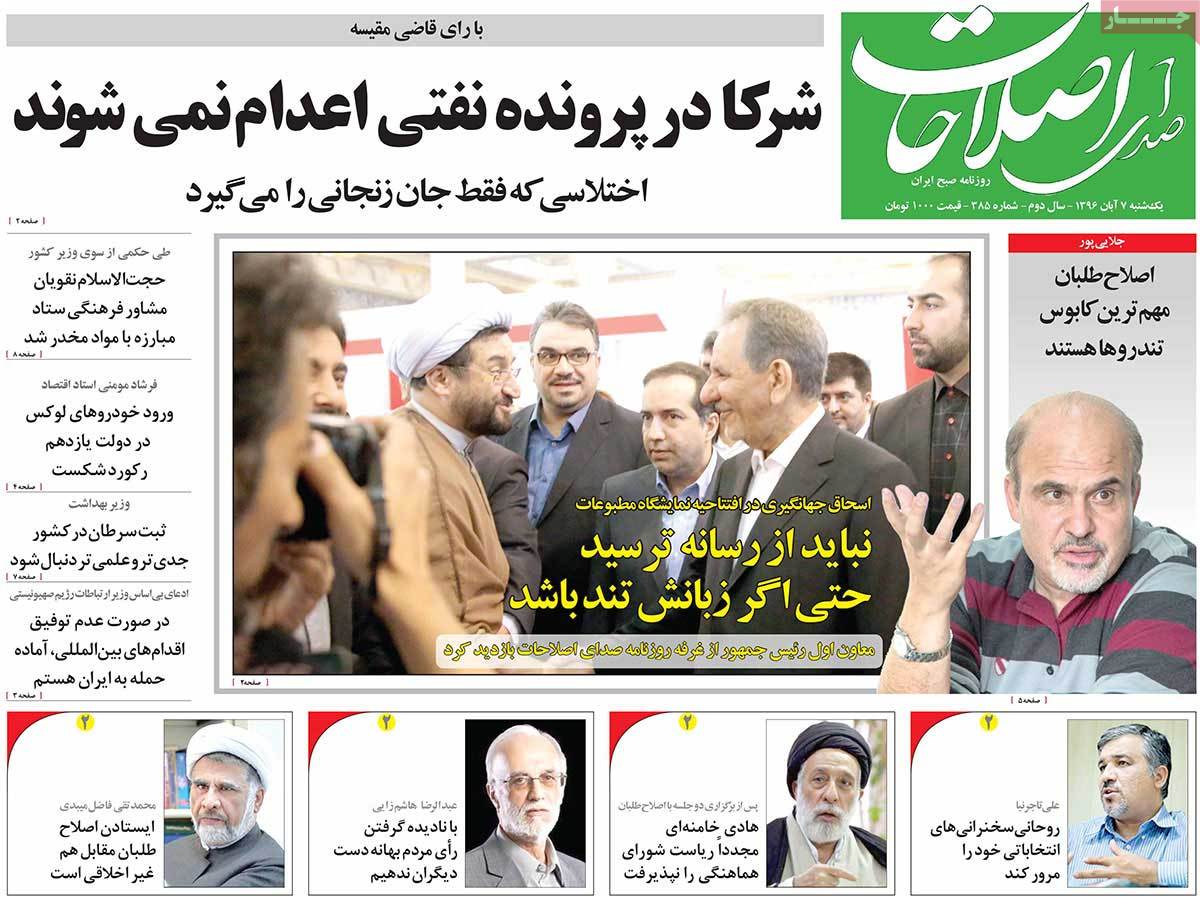 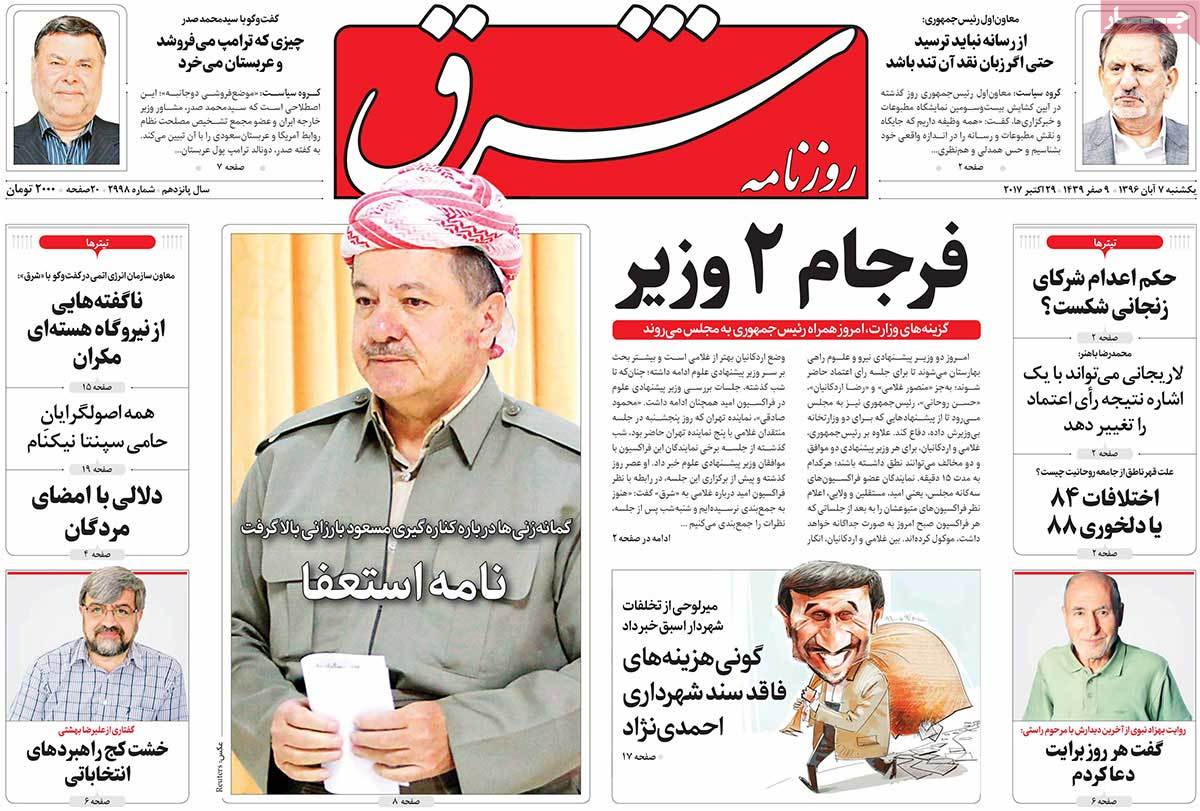 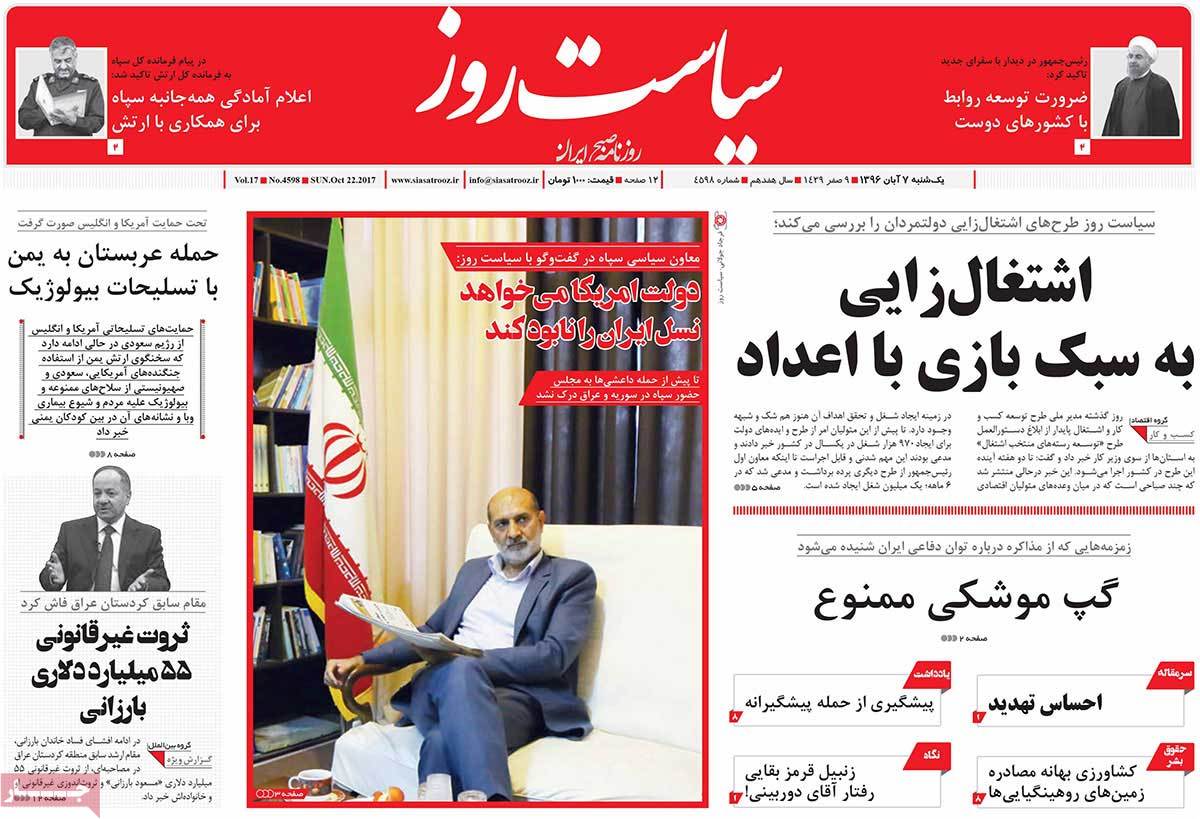