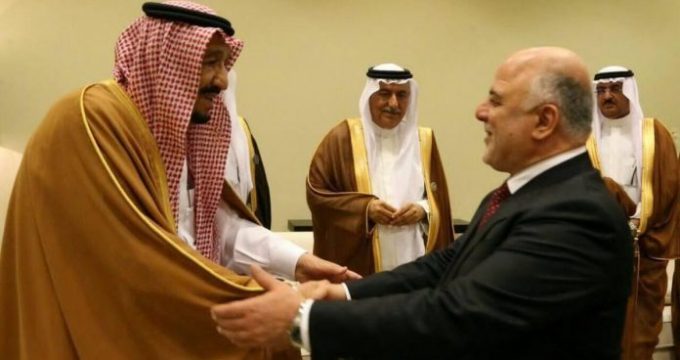 Al-Monitor- The rise of the Islamic State (IS) in 2014 created the opportunity to make Haider al-Abadi Iraq’s prime minister. Since then, he has had to manage a balancing act between Iran and the United States, a task he has addressed openly with Western media. With US President Donald Trump and a revised American Middle East policy much more inclined toward Iran’s regional rival Saudi Arabia, the United States has tried to curb Iranian influence in Iraq and the region. Abadi’s recent trip to Saudi Arabia is one initiative welcomed and facilitated by the United States in their goal to reduce Iranian regional influence.

Iran’s general official position through the Foreign Ministry is that they welcome dialogue and cooperation between all regional countries. However, media outlets — particularly conservative ones believed to be linked to the security agencies in the country — have written much more directly on how they view both US efforts to curb Iranian influence in Iraq and a possible Iraqi-Saudi rapprochement.

Mashregh news wrote of Abadi’s trip to Saudi Arabia, commenting that creating distance between the Iraqi and Iranian governments has “turned into a diplomatic priority” for the United States and Saudi Arabia. According to the Mashregh article, the United States will use two simultaneous tracks to apply pressure on Baghdad to distance itself from Tehran: one being bilateral agreements, the other being to use Saudi Arabia. Mashregh wrote that the coordination council between Iraq and Saudi Arabia is one of the initiatives supported by US Secretary of State Rex Tillerson to bring the two countries closer.

Haider al-Abadi visit to Riyadh, Iran's Media October 29, 2017
Abyaneh, an exceptional village
We are in phase of annihilation of Israel not its recognition: Hamas