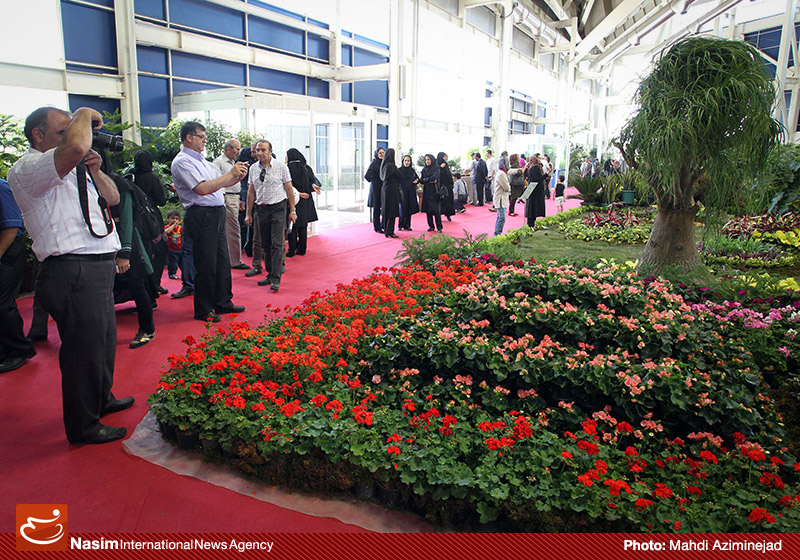 Al Jazeera – For happy and sad occasions, flowers are a part of daily life in this country. Some streetlights even get their own flowerbeds. But Iranians say they have not been able to exploit the full potential of a global industry worth $104bn a year.

For years, barriers to international trade have held Iranian businesses from blossoming.

Mehdi Kebriaie, who runs greenhouses in this town a few hours outside Tehran, says when international sanctions were lifted after the 2015 nuclear deal, things got better.

“One of the biggest challenges we face in Iran is a lack of modern technology,” he told Al Jazeera.

“Most of the [agricultural engineering] expertise exists in Europe and we haven’t been able to transfer that knowledge to Iran.”

But to be competitive in the international marketplace, Iranian growers will need more help.

Unlike the industries one normally associates with Iran – oil and gas, nuclear energy – growers say there is nothing controversial about flowers, which are just beautiful and make people happy.

True, they are a hard sell compared with the global oil and gas industry, which is worth nearly $1.7 trillion a year. But in Iran flowers can be a serious business, Kebreaie says, and that income from the agriculture sector could some day rival oil revenue.

“If I could meet the president, I would tell him to give agriculture and greenhouse production as much attention as the country gives to the oil industry,” Kebriaie told Al Jazeera.

“As much as we care about seats in [the international oil producers’ body] OPEC, I think we should pay even more attention to seats in the Food and Agriculture Organization, and pave the way for foreign investors in Iran.”

That said, getting anything made in Iran to international markets is still a challenge.

Speaking to Al Jazeera, Akbar Shahrokhi, head of the union of flower sellers, said: “The main problem now is the high cost of exporting.

“We cannot compete with main flower-exporting countries [like Holland]. We don’t produce flowers in mass quantities. Since the production is low, it’s mostly for domestic consumption.”

Even half of the flowers consumed domestically, go to waste: dying in transit or left unsold once they get to market.

“[In a meeting with President Hassan Rouhani] I asked him to help our producers with low-interest long-term loans so they could modernise their greenhouses, because modernisation is very expensive,” Shahrokhi told Al Jazeera.

Those who are passionate about growing and selling flowers will say it is one of the best jobs in Iran and that investing in new technology and infrastructure to reach untapped markets will be money well spent.

But all of them also say the same thing: They wish their government would focus a little more time on helping them modernise the flower industry – and not just because of its economic potential.