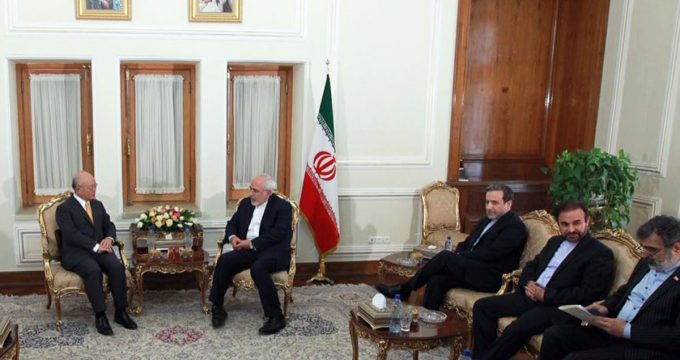 During the meeting the two sides underlined the need for the compliance of all parties to Iran nuclear deal.

The IAEA director-general once again reiterated that Iran has remained committed to its pledges under the 2015 nuclear deal, saying the agency regards the implementation of the deal by all the contracting parties is as having special significance.

Bahrouz Kamalvandi, the spokesman of the Atomic Energy Organization of Iran (AEOI), wrote on his Telegram channel on Saturday that ‘Mr. Amano’s visit can be an attempt to bolster Iran deal.’

‘We will fulfill the commitments we have accepted provided the other parties to the deal fully honor their commitments,’ Kamalvandi said.