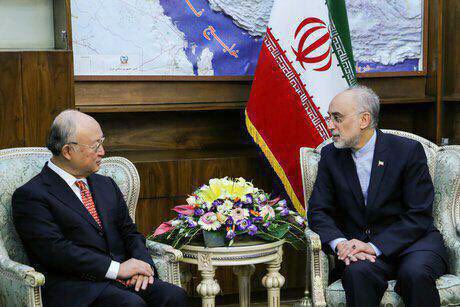 Analysts believe that Amano’s day-long visit to Tehran is very important regarding the recent dispute begun by the US President Donald Trump over the July 2015 nuclear deal between Iran and the world powers, known as the Joint Comprehensive Plan of Action (JCPOA).

Trump in his October 13 speech took a new strategy on Iran and decertified Iran’s commitments to the international deal, the commitment which has already been reaffirmed by the IAEA eight times.