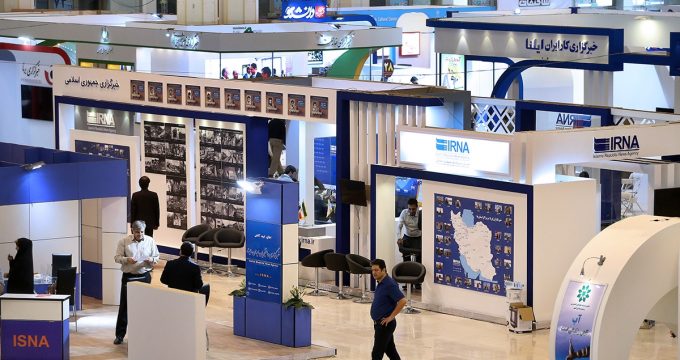 IRNA – The 23rd Press Exhibition opened to public in Imam Khomeini Mosalla in Tehran on Friday.

The exhibition will be officially inaugurated on Saturday October 28 in a ceremony that will be attended by Iran’s Vice-President Eshaq Jahangiri, the Minister of Culture and Islamic Guidance Abbas Salehi, and some other senior officials and cultural figures.

‘The Exhibition in an area of 13,000 square meters hosts 940 media in 600 pavilions, including some 100 monthly journals, 54 weeklies, 52 quarterlies, over 115 online media, 70 local and provincial media and over 60 newspapers and press institutes,’ Deputy head of the exhibition Mehran Abbasi-Anaraki told IRNA on Thursday

‘In addition, over 80 political and economic as well as 80 cultural and artistic media are also present in the exhibition,’ he said.

Four photo displays including the Photo Exhibition ‘Hello Iran’ featuring 70 selected photos focusing on public presence in the major events over the past year will also be held on the sidelines of the Press Exhibitions, he said, noting that IRNA-Xinhua Photo Exhibition themed ‘Silk Road’ displaying selected photos of the two media outlets is another exhibit, among the others.