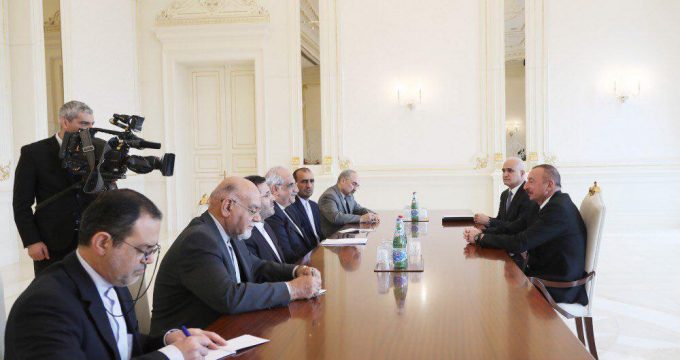 “The meeting with President Aliyev aimed at making necessary coordination for the trilateral meeting which is to be held in the Iranian capital within coming days,” Karabsian told IRNA.

‘I conveyed an invitation message from President [Hassan] Rouhani for President Aliyev on attending the tripartite meeting’ the minister Iranian added.

Karbasian arrived in the Azeri capital on Thursday heading a top-ranking delegation.

While in Baku, he has met with his Azeri counterpart as the head of Iran-Azerbaijan Joint Economic Commission.