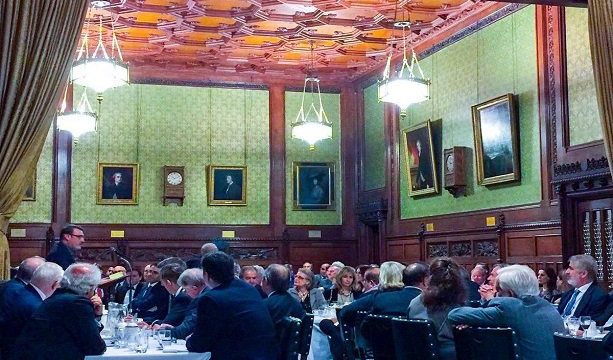 MNA – During the annual assembly of Iran and Britain’s Chambers of Commerce, Iran’s envoy to London Hamid Baeidinezhad said that UK companies interested in doing business with Iran, called for an increase in economic interactions.

According to the website of the Chamber, the assembly took place in Britain’s Parliament where Hamid Baeidinezhad and Richard Bacon, the heads of Iran and Britain’s parliamentary friendship group, delivered a speech.

In his official account, Baeidinezhad wrote “more than 150 manufacturing, business and investment companies have gathered around in the annual assembly of Iran and the UK’s Chamber of Commerce to assess ways of expanding economic cooperation.”

He further said that the participants believed the current level of economic interactions between the two countries is insufficient and needs to increase.

The ceremony which indicates the inclination of British companies to develop further business relations with Iran, has taken place at a time when US President Donald Trump has refrained from certifying JCPOA, leaving its fate at the hands of American Congress.