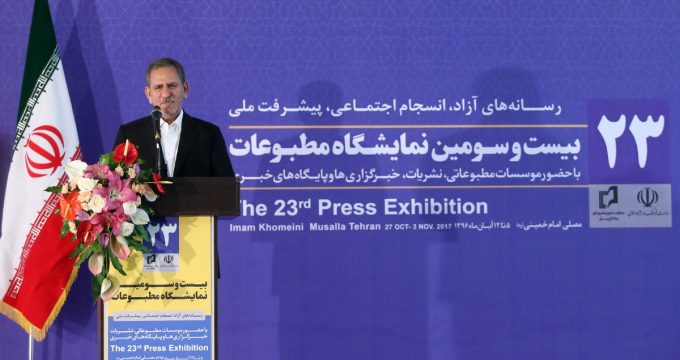 In addition to Vice-President Jahangiri, the Minister of Culture and Islamic Guidance Abbas Salehi and some other senior officials and cultural figures attended the inauguration ceremony.

‘The Exhibition in an area of 13,000 square meters hosts 940 media in 600 pavilions, including some 100 monthly journals, 54 weeklies, 52 quarterlies, over 115 online media, 70 local and provincial media and over 60 newspapers and press institutes,’ Deputy head of the exhibition Mehran Abbasi-Anaraki earlier told IRNA.

‘In addition, over 80 political and economic as well as 80 cultural and artistic media are also present in the exhibition,’ he said.

The event will be underway until November 3 in Tehran.