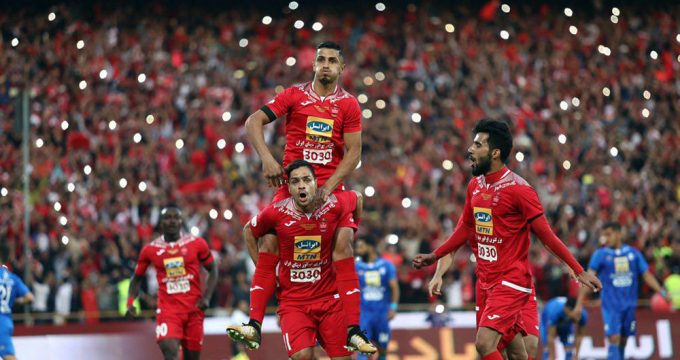 Tehran Times- One goal was enough for Persepolis football team to edge past Esteghlal in Tehran derby here at the Azadi Stadium on Thursday.

Persepolis striker Ali Alipour was brought down in penalty area in 22nd minute by Rouzbeh Cheshmi and converted his penalty.

Esteghlal were dominant team in the second half but failed to create dangerous chance.

The match was abandoned by referee Bijan Heydari in the last minutes as a result of the missile throwing from the fans.

Persepolis moved to second place with 20 points, two points behind Pars Jonoubi Jam with one game in hands.