A Look at Iranian Newspaper Front Pages on October 26

Iran Front Page- IFP has taken a look at the front pages of Iranian newspapers on Wednesday, October 26, and picked headlines from 13of them. IFP has simply translated the headlines and does not vouch for their accuracy.

Newspapers today widely covered the remarks made by the Leader of Iran’s Islamic Revolution Ayatollah Seyyed Ali Khamenei who once again stressed the country’s defensive power is not open to negotiation or bargaining.

The visit of Iraqi Prime Minister Haider al-Abadi to Tehran and the latest developments surrounding the Iraqi Kurdistan region, particularly its offer to suspend the results of its independence referendum, also received great coverage.

Several papers also highlighted the 85th Tehran derby between Iranian football giants Persepolis and Esteghlal, which will be held on Thursday afternoon.

2- Erdogan Changes His Bedroom Every Night Out of Fear 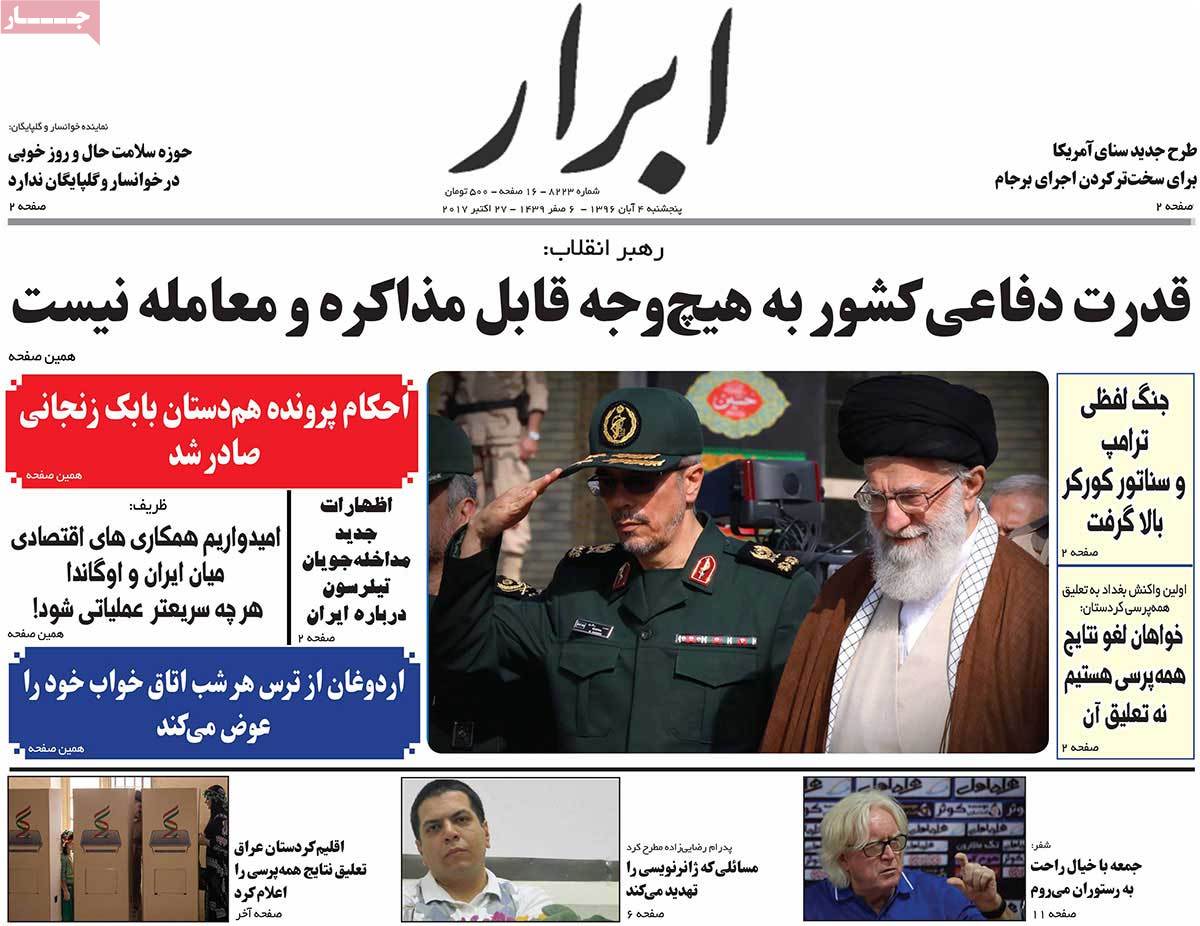 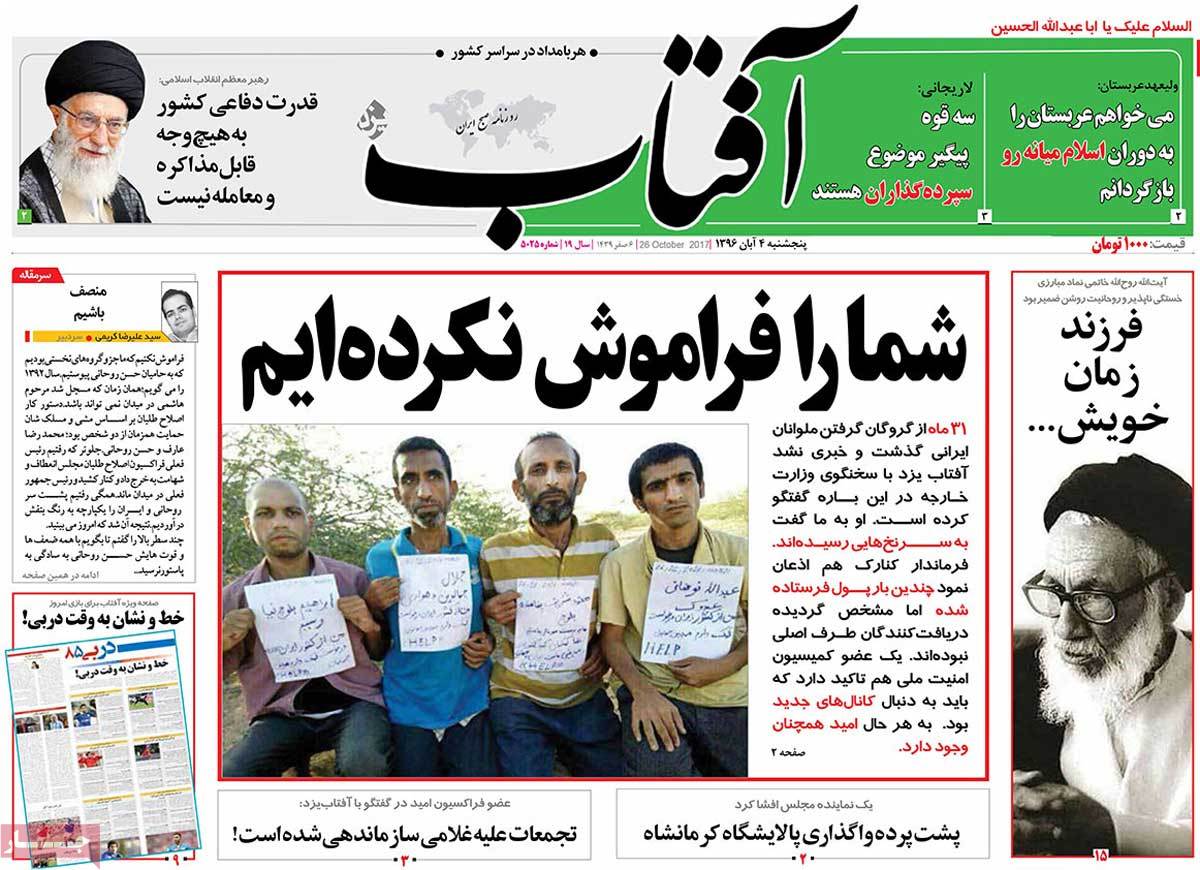 1- Analyst: Rouhani Not Popular among Universities 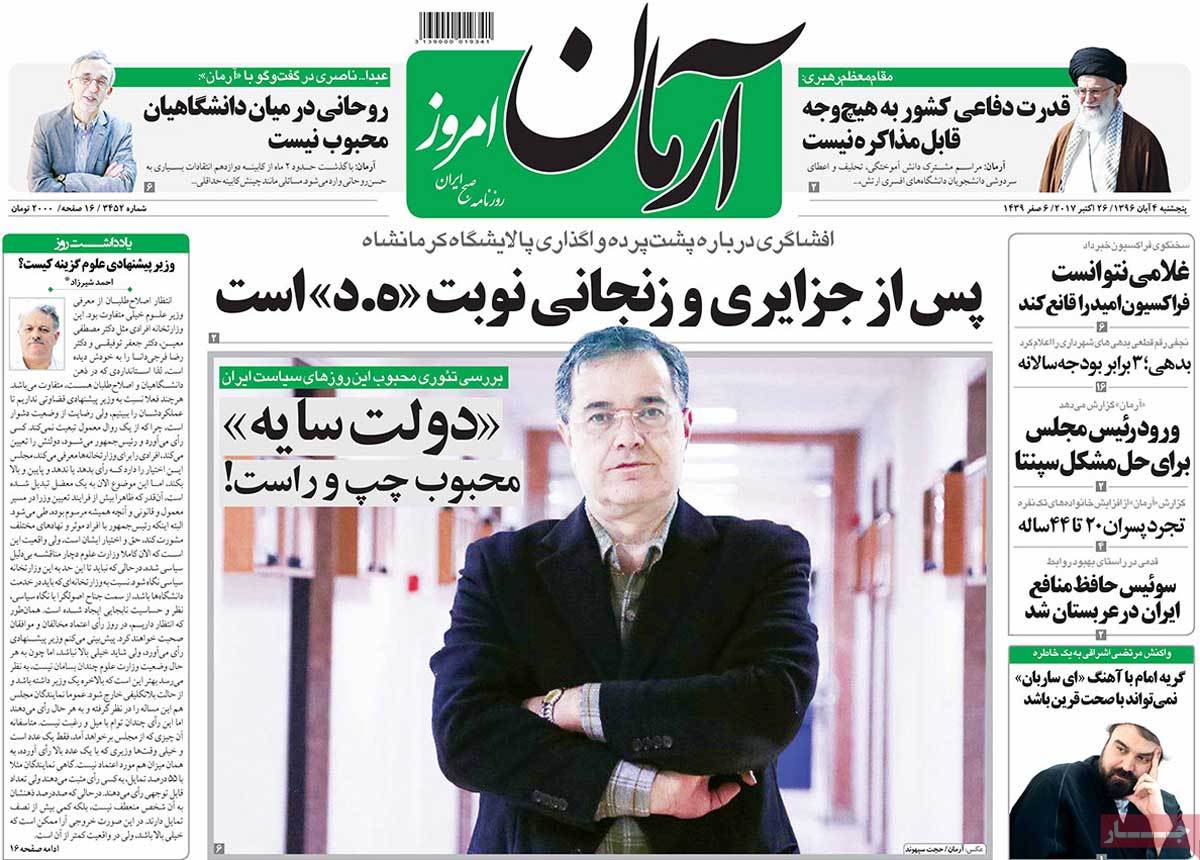 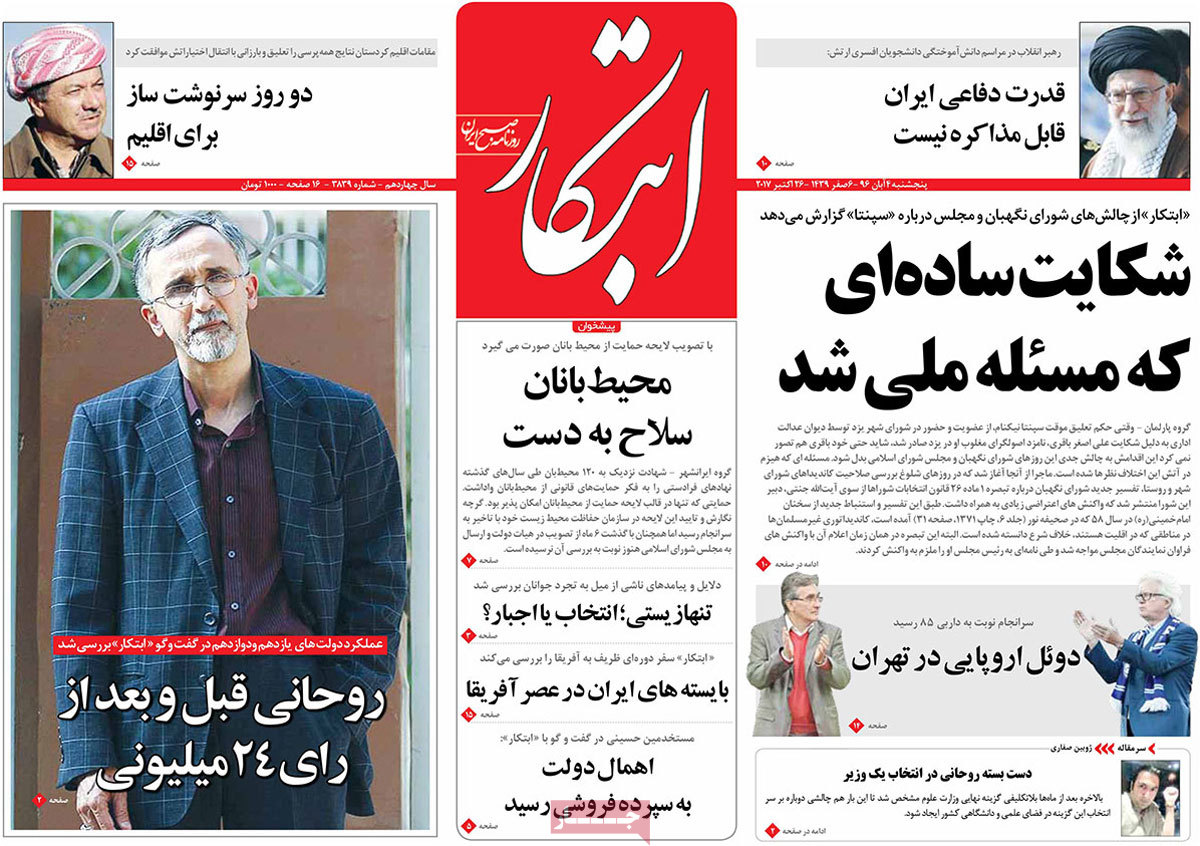 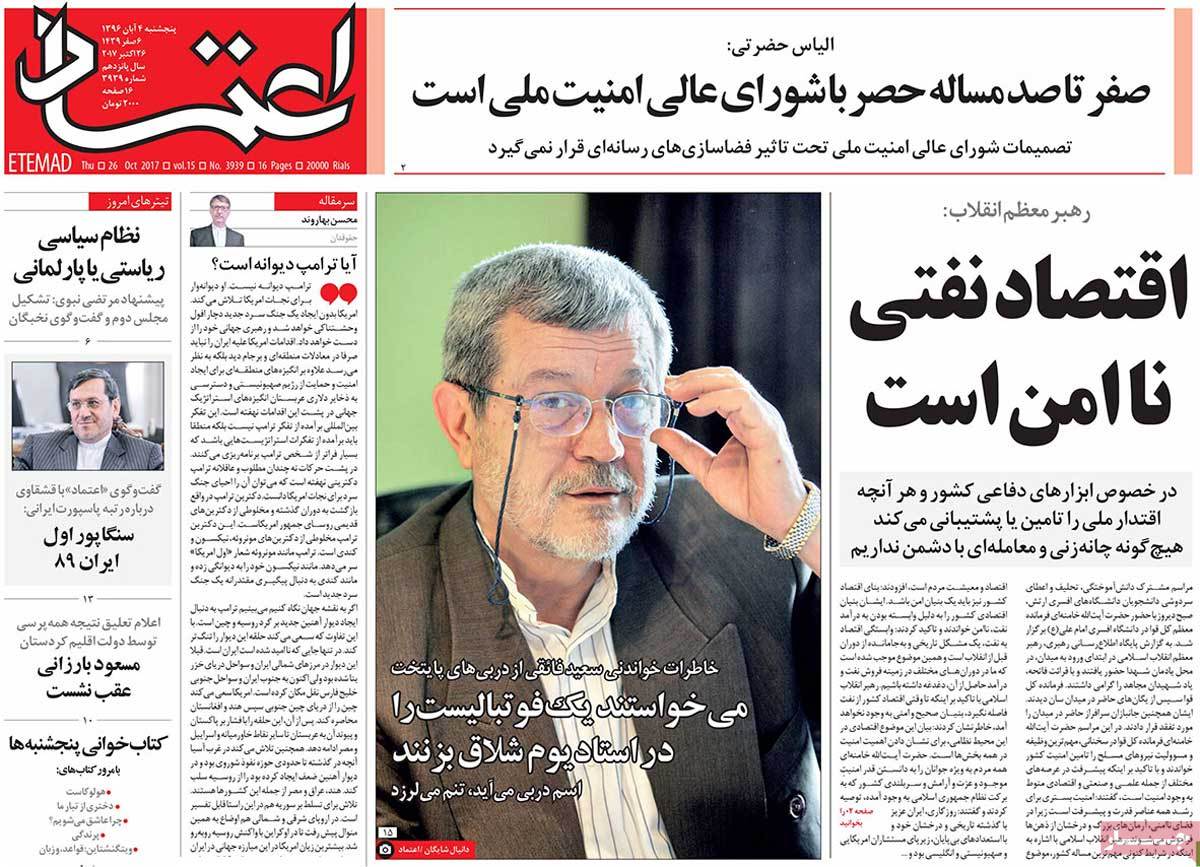 1-Iran Ambassador to London: US Cannot Oppose Continuation of JCPOA 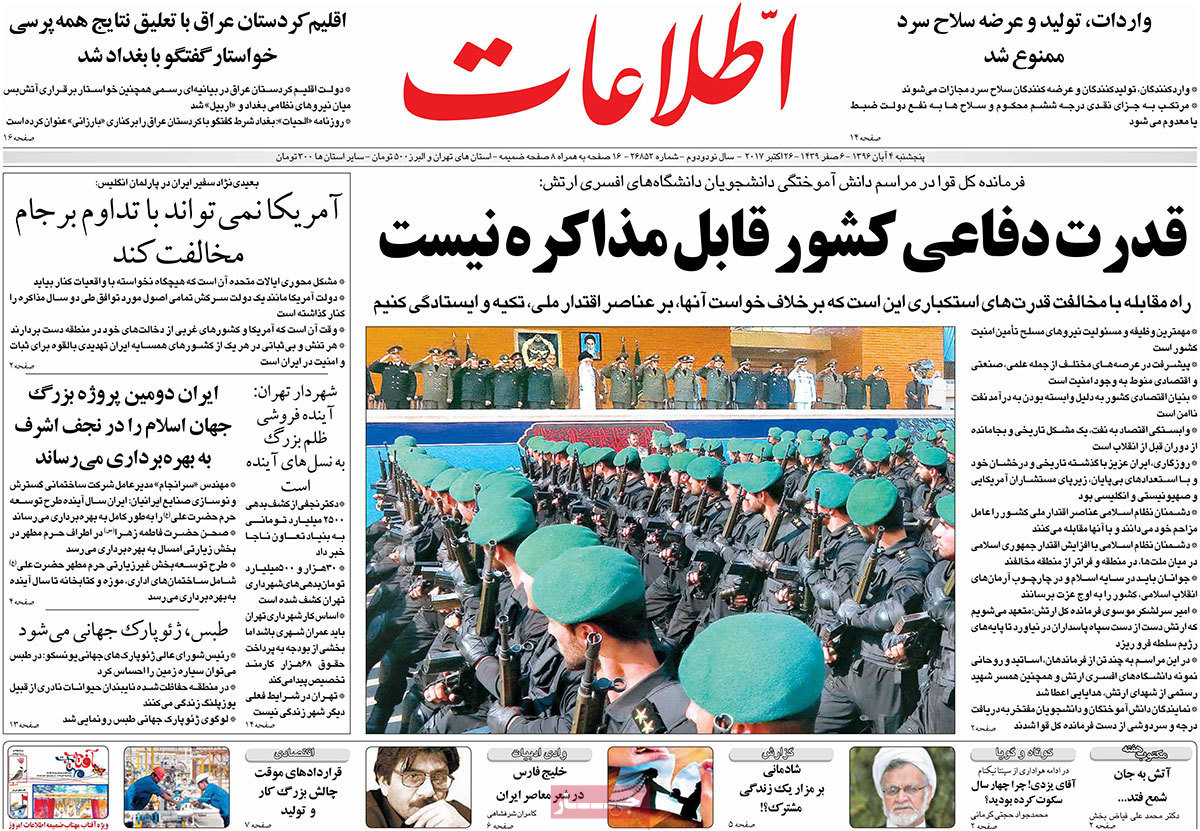 1- All Eyes on Azadi Stadium: 85th Tehran Derby to Be Held Today 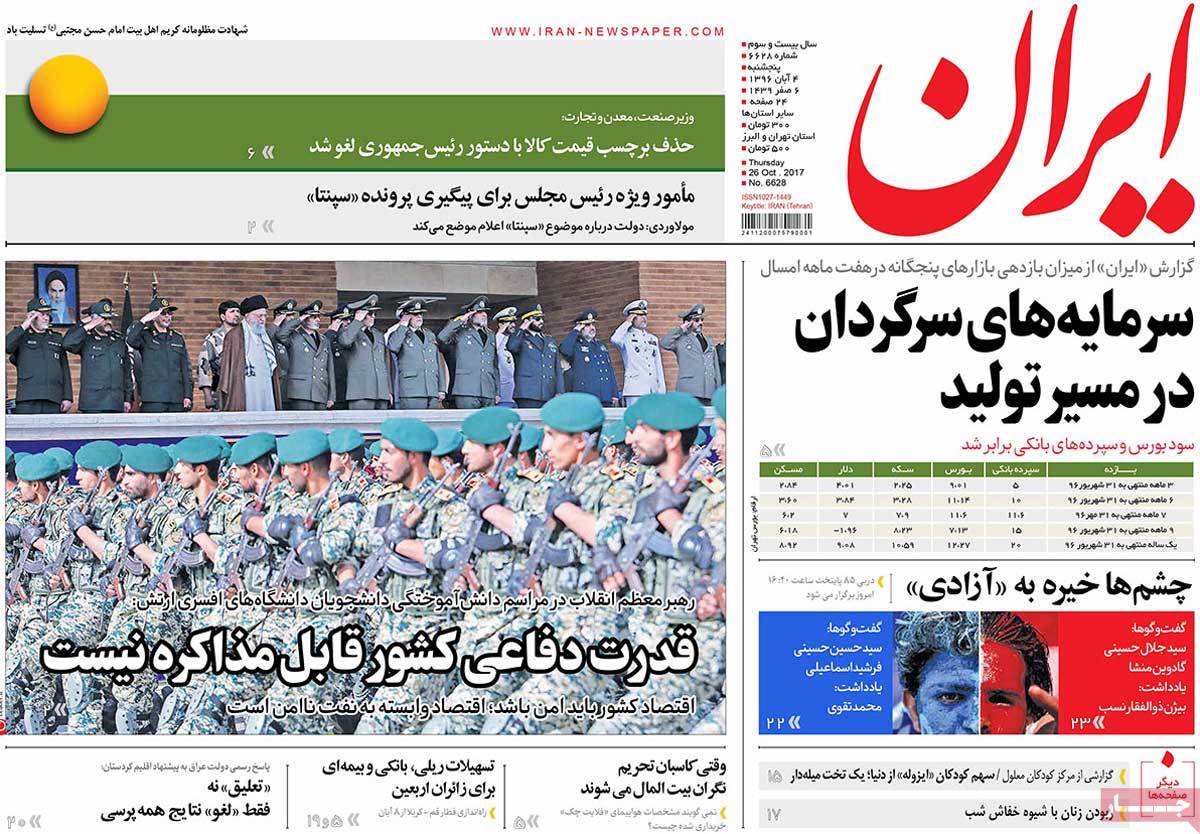 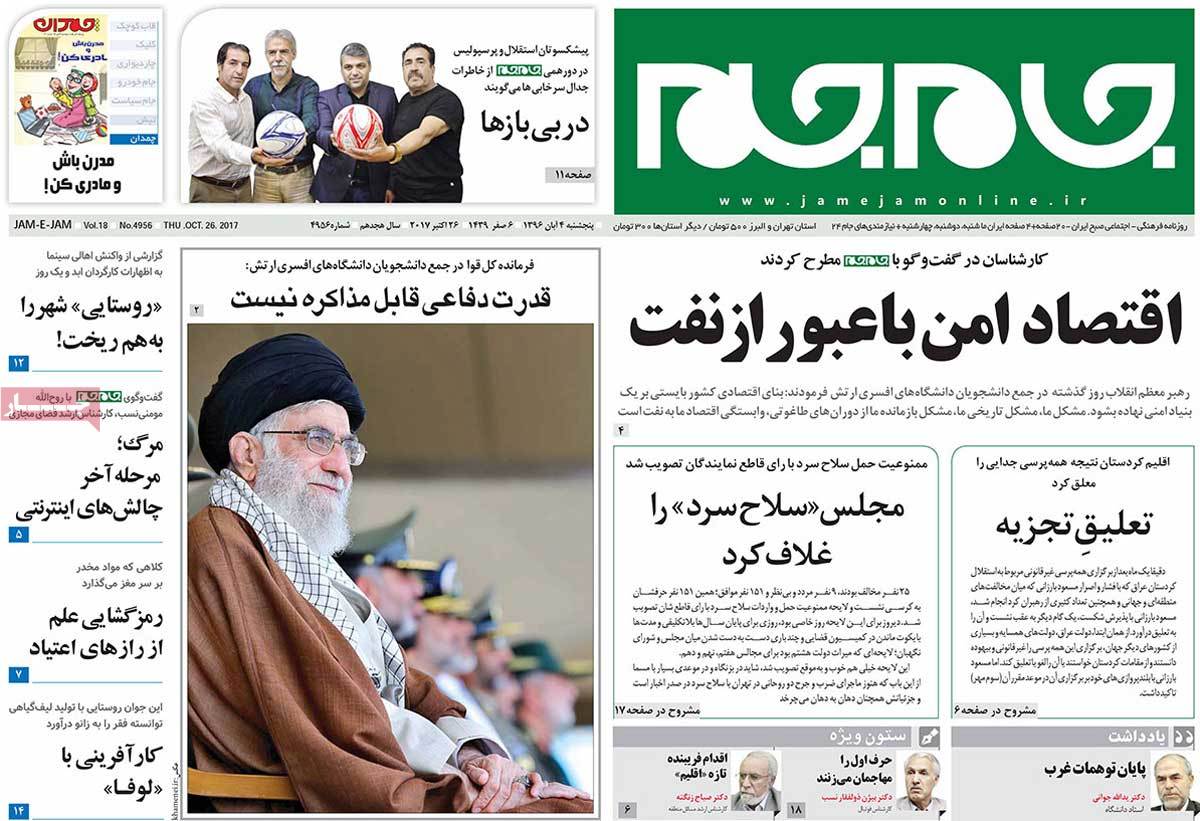 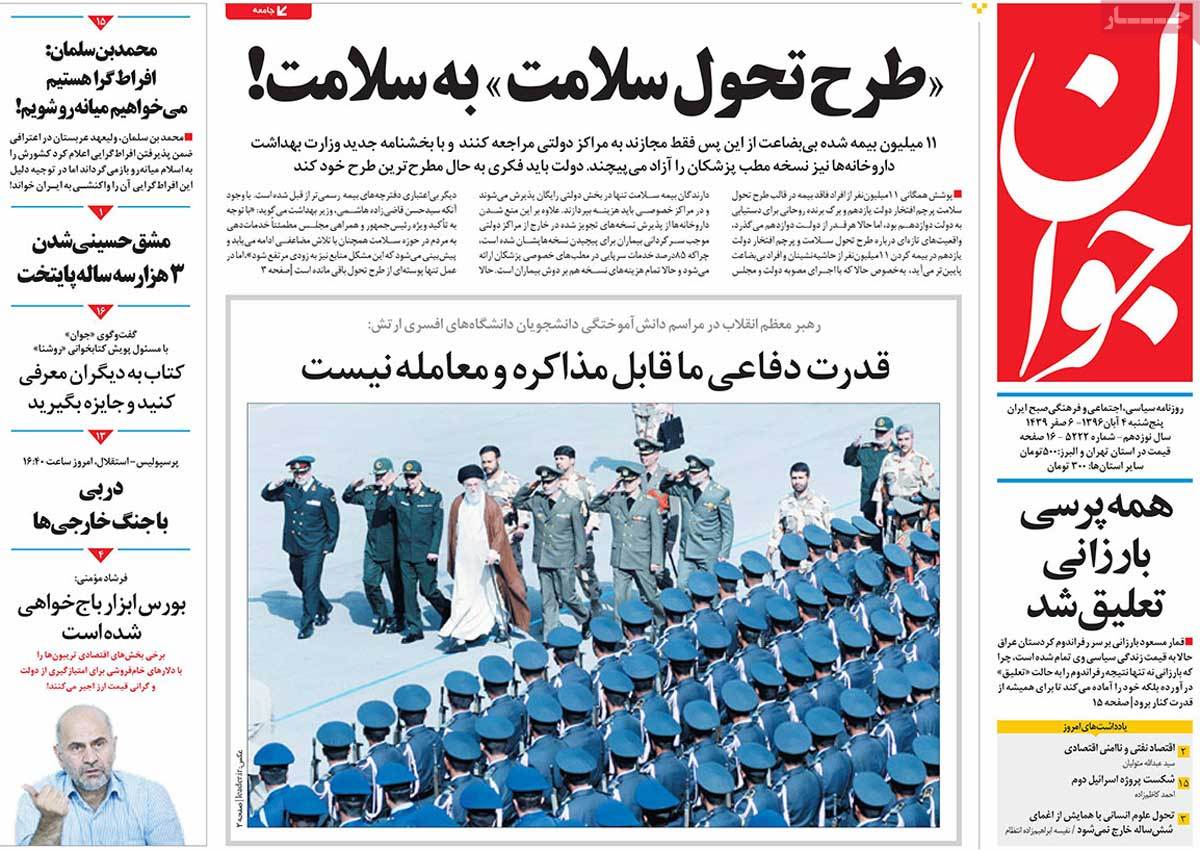 2- Former US Commander Advises US Congress against Withdrawing from JCPOA 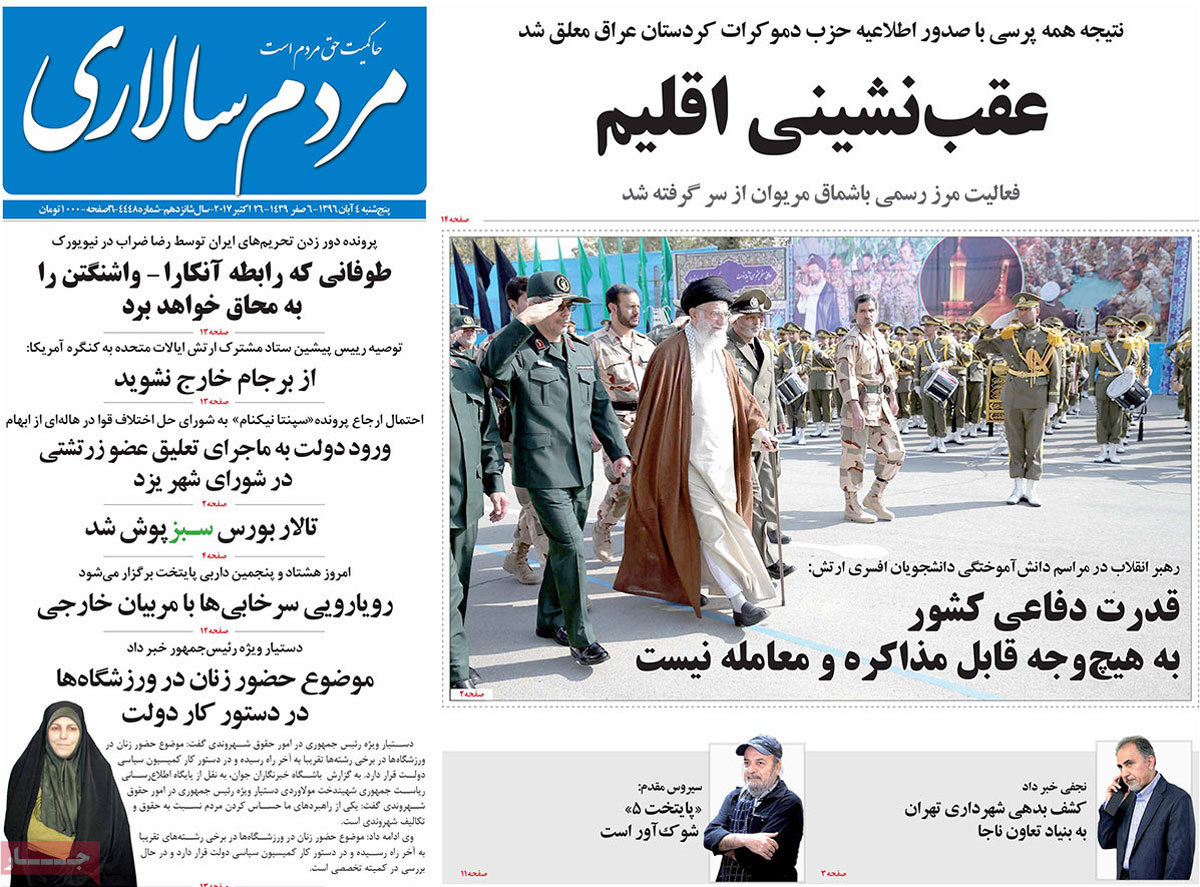 1- Ayatollah Makarem Shirazi: Enemy Threatens Us, We Should Be United 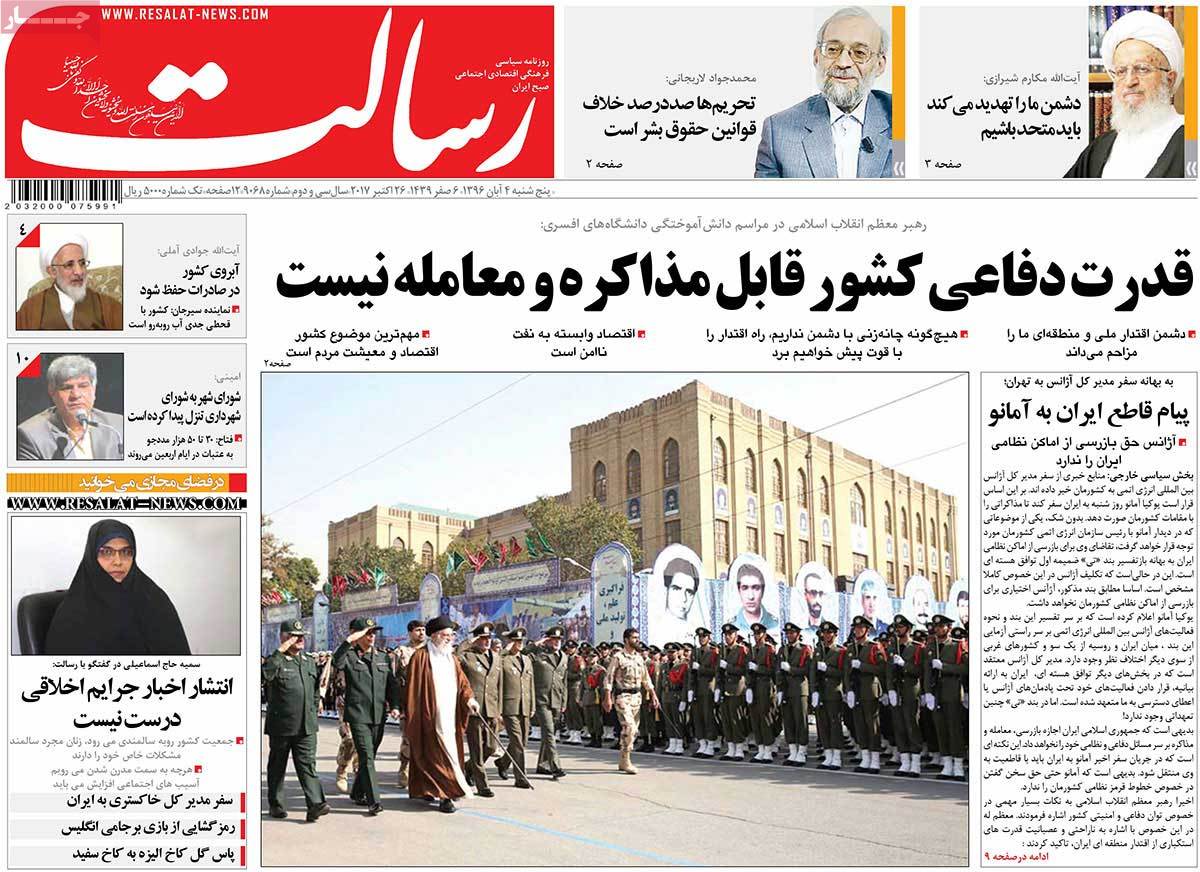