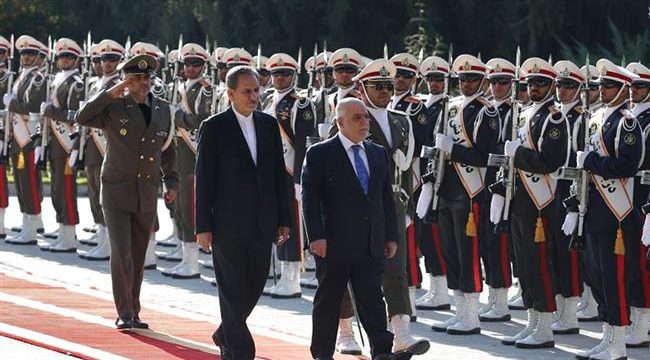 Press TV- Iraqi Prime Minister Haider al-Abadi is on an official visit to the Iranian capital, Tehran, for talks with the neighboring country’s high-ranking officials on issues of bilateral and regional significance.

The Iraqi premier was officially welcomed by Iranian First Vice-President Es’haq Jahangiri at the Saadabad Cultural and Historical Complex in Tehran on Thursday.

He arrived in the Iranian capital on Wednesday following a visit to Turkey.

During his one-day trip, the Iraqi premier is scheduled to meet with Leader of the Islamic Revolution Ayatollah Seyyed Ali Khamenei, President Hassan Rouhani and Parliament (Majlis) Speaker Ali Larijani.

On Wednesday, the office of Abadi announced in a statement that the Iraqi premier’s visits to Turkey and Iran were part of a regional tour, which also took him to Saudi Arabia, Jordan and Egypt.

According to Iraqi News, Abadi said during his weekly ministerial meeting that the visits to Turkey and Iran would “convey Iraq’s vision of the region’s future.”