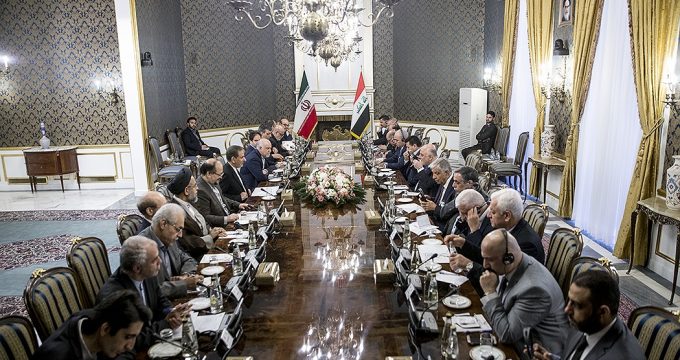 Unlike the perfect political and military relations, the economic ties between Iran and Iraq have been below expectations, Jahangiri deplored, calling for fully implementing bilateral trade agreements.

He also stressed the need for efforts to stimulate banking interaction between the two nations.

Voicing Iran’s readiness to encourage free trade with Iraq and support the private sector’s investment in the Arab country, Jahangiri called for enhanced cooperation in the oil and gas industry as well.

He also reiterated Iran’s support for Iraq’s unity and territorial integrity, saying Tehran will stand by the Iraqi nation in the process of reconstruction in the post-war era.

He also hailed the close coordination between Baghdad, Tehran and Ankara in opposition to a recent independence referendum held by the Kurdistan Regional Government (KRG).

Abadi then unveiled plans for a final operation by the Iraqi Army to destroy the Daesh (ISIL) terrorist group and liberate the entire Arab country from the Takfiri group.