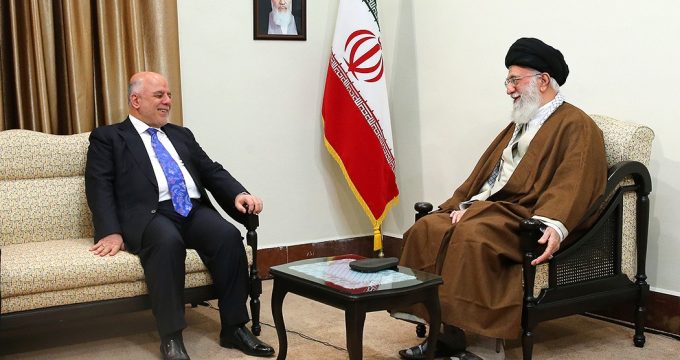 Press TV- Leader of the Islamic Revolution Ayatollah Seyyed Ali Khamenei has called on neighboring Iraq to remain vigilant in the face of American plots, warning that the US is not trustworthy.

In a Thursday meeting with Iraqi Prime Minister Haider al-Abadi in Tehran, the Leader expressed Iran’s support for the Iraqi government’s efforts to develop ties with regional states.

Ayatollah Khamenei, however, advised the Iraqi nation to remain “cautious about the Americans’ deceptions, and never put trust in them.”

“The Americans created Daesh [Takfiri terrorists] themselves, but now that the terrorists have been defeated by the Iraqi government and people, they pretend to be supportive of this important development,” the Leader said.

“However, they will undoubtedly not hesitate to harm Iraq again if they find the opportunity,” the leader added.

Ayatollah Khamenei underlined the importance of unity among different Iraqi ethnic groups as well as Baghdad’s support for the country’s popular forces as the key reasons behind the recent victories against terrorist groups and their sponsors.

Abadi, for his part, stressed Baghdad’s determination to safeguard Iraq’s unity and territorial integrity, noting that the government will never allow the country to be threatened with disintegration.