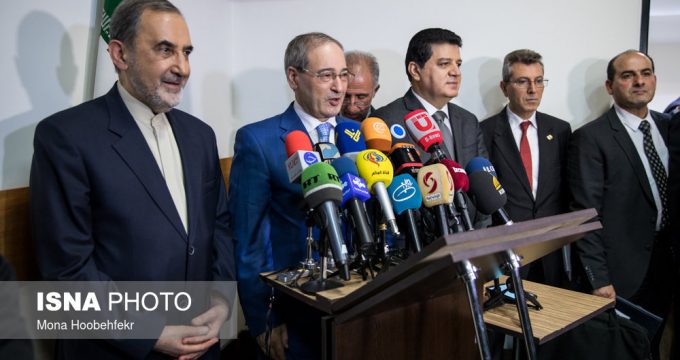 Speaking at a meeting with Syrian Deputy Foreign Minister Faisal Mekdad in Tehran on Wednesday, Velayati offered his congratulations over recent victories of the Syrian nation against terrorists in Deir ez-Zor and other eastern parts of the country.

“The Americans have been defeated in Syria and Iraq and their defeats will continue,” he said, adding that the Zionists’ have also been frustrated in their attempts to carry out their plots in the Middle East region.

“The bravery and prudence of Bashar al-Assad has always been appreciated by Muslim and revolutionary nations ,” said Velayati, who is also a top adviser to Leader of the Islamic Revolution Ayatollah Seyed Ali Khamenei.

Mekdad, for his part, praised Iran’s support for Syria and said his trip to the Islamic Republic reflects the reality of close relations between Tehran and Damascus.