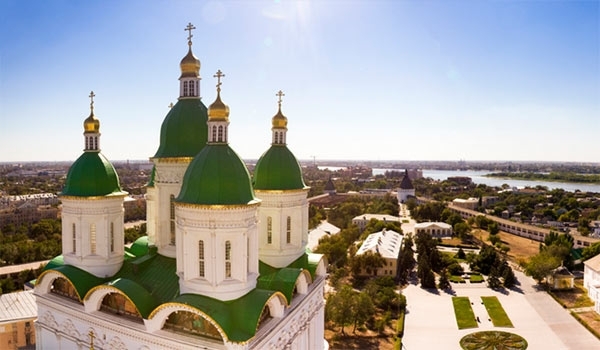 FNA- Iran’s biggest trade center dubbed as ‘Iranians’ Trade House’ was opened in Astrakhan in the Southern Russian city in the presence of Iranian Ambassador to Moscow Mehdi Sanayee.

Fourteen chambers of commerce from various provinces of Iran have officially kicked off their trade and commercial activities in Astrakhan with the opening of the trade center.

The center, constructed by Gilan Chamber of Commerce, Industries, Mines and Agriculture, has been opened one hundred years after the shutdown of a previous Iranian trade center in Astrakhan.

Russian port of Astrakhan is a center for commercial activities of nearly 200 Iranian firms which has turned the port to the largest center of Iranians’ economic activities in the Eurasian country.

According to commercial attaché at Iran’s embassy in Russian Federation, figures for foreign trade turnover between the two sides reveal that Iran’s export to Russia rose from $168 million in the first half of 2016 to as much as $228 million in the same period in 2017.

Figures further show that in the first half of the year 2017, Iran had exported products worth $228 million to Russia and imported $509 million from the Eurasian country.

It is worth noting that major exported goods from Iran to Russia include dairy, poultry, eggs, aquatic, shoes, and flowers.