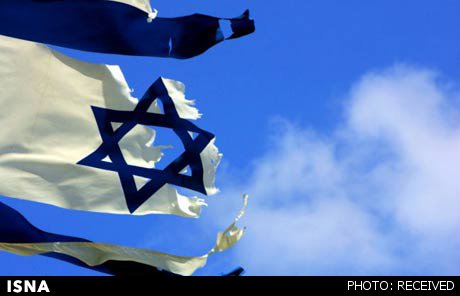 American Herald Tribune | DAVID MACILWAIN: We live in extraordinary times. The narrative of the “fight against Islamic State” that holds sway in Western society comes from a fantasy land in which nothing is as it seems; these “certain truths” have as much reality as a rainbow, while reality is distorted or obscured behind it.

Across the “credibility gulf” we may see everything as it is, but speak a different language; no-one over there in the Western bubble can understand what we say, or even recognise it as language. A declaration that should shock this complacent and self-possessed “civilised world” to the core – that the US is fighting with the Islamic State – simply cannot be understood or accepted, regardless of evidence.

Since the coordinated operation by Al Qaeda groups in Idlib attempted to kidnap a group of Russian military police on September 17th, it has become evident that the US military really is actively supporting and coordinating with terrorists fighting the Syrian Government. Following further attacks, including particularly the assassination of Lieutenant General Valery Asapov in Deir ez-Zor, Russia now evidently has no remaining doubts about the US “fight against ISIS”; there is no such fight.

So now we are faced with an intolerable paradox. The US and its coalition partners in Syria are actively engaged in lethal attacks on the Syrian army and its allies within sovereign Syrian territory, both directly and in cooperation with ISIS. At the same time these Western countries’ sole stated pretext for entering Syrian territory without UN authorisation has been to fight ISIS terrorists, while the threat of Wahhabi terrorist attacks at home has been ruthlessly exploited to gain support for these foreign military actions from their domestic audiences.

Not that this apparent US collaboration with ISIS and Al Qaeda in Syria is anything new, but long-held suspicions – now confirmed – constitute a substantial body of evidence. Events such as the transit of ISIS convoys across the Syrian desert without interference from US coalition planes, or the free pass for the tanker-pipeline taking ISIS Oil out through Turkey can also now be seen as acts of facilitation rather than merely a failure to act.

But nothing now constitutes clearer proof of collusion than the direct and lethal attack on the Syrian Army outpost protecting Deir ez-Zor airport from ISIS fighters, conducted by both US and Australian planes. This attack of September 17th 2016 has now been revealed as a key part of the US coalition plan, as it is fought out in this same area a year later. What is more, with the strangely coincident events over the border in Iraq, where the plan by the Kurdistan Regional Government to sequester the Kirkuk oilfields out of Baghdad’s control has just been thwarted, another player in the game has come into view – Israel.

It is almost as if Israel has finally broken, and can no longer contain itself at the sight of its own project for Syria going adrift. And it seems as though the “Kurdistan Project” was a central part of this. Following the Kurdish referendum – which even the US purported to oppose – Israel was the first to voice solidarity with this new “democratic state” in the making, that was presented as sharing its values. Notwithstanding that the ethnically-defined Kurdistan can like Israel only pretend to be democratic.

Israel’s championing of Kurdistan as the most Western-friendly entity in the region can however be seen chiefly as opportunist, and related to its desire to obstruct Iran’s economic and cultural influence. It also betrays the considerable investment made by Israel into the development of Iraqi Kurdistan, dating back to before the first [Persian] Gulf war. While the original plan to bring oil from Kirkuk via pipeline directly to Israel was thwarted, Israel’s strong presence in Erbil, as well as its close involvement in the handling of Syrian oil stolen by ISIS and exported via Turkey has served the same purpose.

Allegations that Israel was ‘laundering’ ISIS oil, with the profits being returned as weapons and ammunition for the terrorist Caliphate, were made at the time that Russia bombed the guts out of the IS oil tanker convoys. Natural scepticism that this accusation was just Israel bashing now look too cautious, and instead provide additional evidence of Israel’s criminal involvement and deceptions over the war on Syria.

But something strange is operating here. So great is Israel’s influence on Western media and perceptions that it is those Western observers who are protesting Israel’s innocence of colluding with terrorist groups in Syria. They fail to notice that neither ISIS nor Al Qaeda never criticise Israel or threaten a campaign to “liberate” Al Quds from its Zionist occupation. Nor do they ever appear upset by Israel’s provision of medical care and sanctuary for terrorists escaping the Syrian Army.

Even when Israeli leaders proclaim support for these Wahhani mercenaries, including the launching of missile strikes at Syrian army posts that threaten them, Israel is excused. In Western eyes Israel is always the victim.

Well perhaps this is about to change, as it must. Last month Israeli jets fired missiles at a Syrian factory from Lebanese airspace, which they routinely violate. The vacuous claim that they were targeting a factory producing chemical weapons and missiles for Hezbollah was their justification for this act of war, which took place during major military exercises in Northern Israel. Syria was unable to respond to that provocation, but when Israeli jets flew into Lebanese airspace on the Syrian border on Monday, Syria fired missiles at the planes, forcing them to retreat.

Proclaiming Israel’s right to self-defence – even when engaged in acts of armed aggression beyond its borders – Israeli jets subsequently bombed the Syrian defensive missile battery. As Netanyahu put it:

“Today there was an attempt to harm our aircraft — this is unacceptable to us. The air force acted quickly and accurately to destroy what needed to be destroyed,” Netanyahu said.

“Our policy is clear. Whoever tries to harm us, we will strike at him. We will continue to act in the region as is required in order to defend Israel.”

The timing is also clear – Russia’s Defence Minister Sergei Shoigu is visiting Israel this week. We would hope that Russia’s patience with Israel is wearing just as thin as it has with the US, and that the next time Israel pushes its luck with Syrian air defences it will be dodging Russia’s feared S400 missiles instead. Not only that of course – Israel’s excuse that it is targeting Iranian infiltration and weapons shipments to Hezbollah can no longer cut any slack with Russia, for whom Iran is now a major military and economic ally.

The recent “intemperate remarks” about the Iranian Nuclear deal by Donald Trump, echoed immediately by Netanyahu only strengthen these ties; who could not gasp at those delusionary claims from two of the world’s most dangerous nuclear weapons states, whose only real concern is that their stranglehold on global power with the threat of nuclear annihilation might be weakened?

Well at least Iran is under no misconceptions. As reported by the Guardian – “Ali Akbar Velayati, a senior foreign policy adviser to the Iranian supreme leader, praised the Iraqi army’s move to capture Kirkuk, framing it as a blow to Israel’s strategic ambitions.

“With the defeat of the Kurds in Kirkuk, Barzani’s conspiracy against the region’s security was foiled. Barzani’s aim and Israel’s covert aim were to seize Kirkuk’s oilfields to serve the Israeli interest. In the Kurdistan region, they raise the flag of Israel and this means if Kurds gain independence in Iraq, we will share a border with Israel,” Velayati said, according to the IRGC-affiliated Tasnim news.

News that the Iraqi army has retaken control of both Kirkuk and Sinjar and their oil resources, on behalf of all the Iraqi people, is welcome indeed – except in Tel Aviv. We await similar news from Deir ez-Zor.