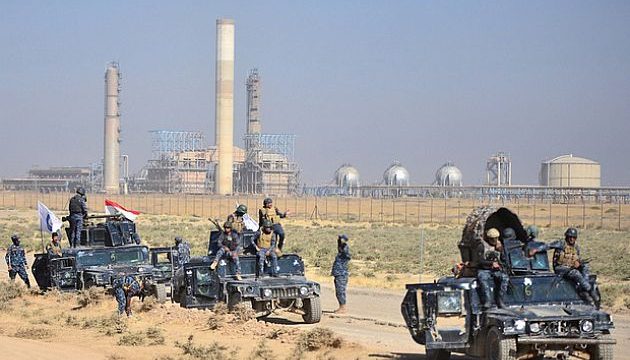 Kirkuk achilles heel to both Iraq and Kurdistan: Expert

Iranian Diplomacy | Hassan Hanizadeh: A three-day conflict broke out in Kirkuk between the Iraqi army and the Peshmerga forces following the Kurdish independence referendum that took place in late September. With the help of the Patriotic Union of Kurdistan, the Iraqi central government has turned out to be the winner in the skirmish which ended yesterday with recapturing the oil-rich city. We have consulted Hassan Hanizadeh on the crisis.

How do you evaluate the recent developments in Kirkuk?

Given Kirkuk’s economic significance for both the Iraqi government and Kurdistan, the province has a strategic status for both sides. Since 2003, when Saddam Hussein was ousted, the President of Kurdistan Regional Government Masoud Barzani was intent to annex the region to the Kurdistan territory. The unstable situation in the Iraqi Kurdistan and the significance of the Kirkuk Province was codified in Article 140 of the constitution that stipulate Kirkuk should be under control of the central government before a final decision was made.

Do you believe that the bulk of oil revenues have flowed to the Iraqi Kurdistan?

Over the past 14 years, Barzani has taken advantage of Kirkuk’s oil more than anybody else. Barzani deposited revenues gained by exporting 900 bpd from Kirkuk to Turkey into his own personal accounts abroad. The referendum deepened the rift between the central government and the Iraqi Kurdistan, because the government is trying to force Kurdistan to recognize Kirkuk as part of the central government. It is in doing so that Haider al-Abadi has deployed special forces of the Iraqi army to Kirkuk, seizing control of the strategic regions in the province. The situation in the Iraqi Kurdistan does not seem to be in favor of Barzani. The central government has sent messages to the Kurdistan region for talks, to be mediated by Fuad Masum, the Kurdish President of Iraq.

Barzani has called Kirkuk developments result of a treason. What does that mean?

The differences already existing between the Patriotic Union of Kurdistan and the Kurdistan Democratic Party over the referendum have become worse. After the demise of Jalal Talabani, Barzani thought he had rid a strong rival. However, Talabani’s deputies followed his policies and opposed the independence referendum and secession. When the central government forces went to Kirkuk, the military forces of the Patriotic Union of Kurdistan helped the Iraqi army and surrendered the city.

Do you predict tension to become more severe? How has Iran responded?

Iran does not intervene in Iraq’s domestic issues but closely monitors the situation in the country. Due to intense sensitivities, even the Popular Mobilization Forces (PMD) have declined to get involved. The truth is the Kirkuk crisis is so sensitive it could lead to a heavy conflict between the Kurdistan region and the central government. Barzani is looking for it while Fuad Masum wants to end the crisis by intermediation. Kirkuk is the Achilles heel of both sides as it is an oil-rich region, of vital importance for the region and the central government.

Where does Turkey stand? Is there a likelihood it becomes involved in the ethnic conflict?

Ankara has claimed that PKK forces have launched operations against the country from Kirkuk, and it will get involved to take control of some oil wells in the west Kirkuk. At the moment, Turkish forces are busy in Idlib and cannot start another operation in Kirkuk. However, if PKK wants to use Kirkuk to organize attacks against Turkey, Ankara will not hesitate to act.

How do you evaluate international responses to the Kirkuk development?

The US and the West claim to have little involvement in the Kurdistan crisis but they will also become more involved if the grounds are prepared with tension rising to a bloodshed level. At the moment, time is not ripe for them to intervene in favor of one side.