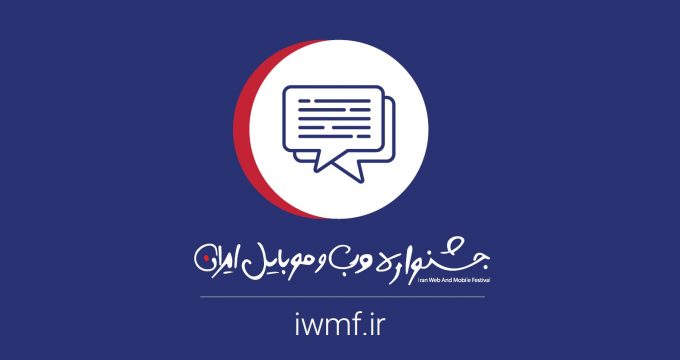 October 22, The Iran Project – The 10th edition of Iran Web and Mobile Festival was inaugurated in Tehran on Thursday (Oct 19).

Sponsored by the private sector and supports of the activists of this field, the top Iranian mobile sites and apps would be praised at the end of festival each year.

Thanks to the experts’ evaluations, several changes have been made in this edition of the festival, the jury, website and applications sections in particular.

The organizers of the festival believe that this year’s event could be considered as the best gathering in comparison with the previous editions in terms of qualitatively, quantitatively and criteria of the jury members.

The 10th Iranian Web and Mobile Festival will continue for 120 days. During the first 60 days, sites and apps will have the opportunity to participate in the festival so that they will be admitted to the referee by the registration committee.

During this period, the process of reviewing the sites will also take 60 days. In the end, in each group, a winner will be nominated by jury members and a winner for the people’s choice.

This year, for the first time, a group of social networks has been unveiled aimed at introducing the top channels at the tenth festival.The purpose of this group is to support the internal capacity in the field of information technology.

The organizers of festival say that relying on Iranian specialists is the sole way to settle the unemployment problems as well as addressing the weaknesses of the cultural sector of the country.

The closing ceremony will be held on February 15 attended by more than 1,000 web and mobile activists. In addition to announcing the winners of the festival, several celebrities would also address the event.Those interested to participate in the 10th Iranian Web and Mobile Festival can visit the iwmf.ir website.

The annual gathering is organized by the Iranian Guild for Internet-Based Businesses and sponsored by the e-Commerce Development Center affiliated to the Ministry of Industries, Mines, and Trade.

Shayan Shalileh, founder and managing director of Anetwork (an online advertising network) launched the festival in 2009.

At first, it focused basically on websites. Other organizers of the event, Milad Ahrampoush, and Mohsen Barati created the Iran App Festival in 2014. The two events were later merged.