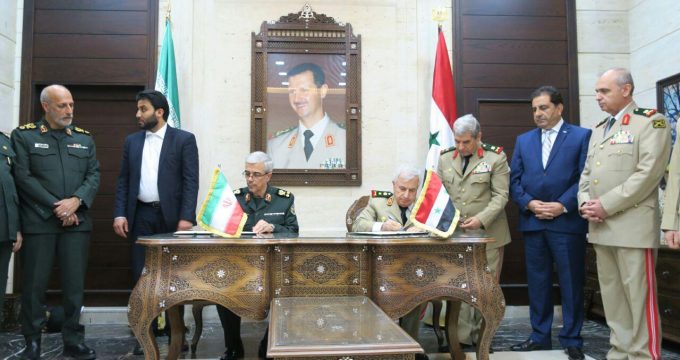 Baqeri signed the deal on Friday at the end of his visit to the Syrian capital to help promote cooperation between the two countries’ armed forces.

He told reporters after signing the MoU that the agreement emphasizes development of military cooperation in various dimensions such as education operation, logistics and intelligence.

Baqeri further noted that he visited areas liberated in Aleppo province and talked with the Syrian fighters and commanders from close.

Heading a high-ranking delegation, Baqeri left Tehran for Damascus late on Tuesday and held talks with his Syrian counterpart, General Ali Abdullah Ayoub, and Defense Minister Major General Fahd Jassem al-Freij during his trip to the war-torn country on Wednesday.

Iranian chief commander also met with Syrian President Bashar Assad on Thursday while on Friday his inspected various battlefields of fighting with terrorists in Syria.