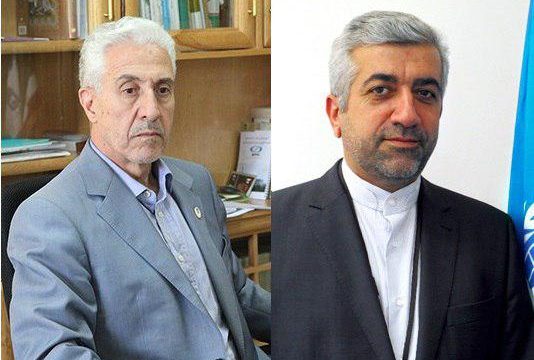 IFP– Iranian president has picked his ministers of science and energy, and submitted their names to the Parliament, which is set to discuss their qualification in its upcoming session.

Reza Ardakanian has been named as President Rouhani’s pick for Ministry of Energy. Rouhani’s earlier pick Habibollah Bitaraf failed to receive a vote of confidence from Iranian lawmakers back in September.

Ardakanian, an international expert in management of water resources and environment, holds a PhD degree in Water Resources Management from Canada’s McMaster University.

He is the Founding Director of the UN University’s Institute for Integrated Management of Material Fluxes and of Resources (known as UNU-FLORES).

A faculty member at Sharif University of Technology, Ardakanian formerly held a number of national offices in Iran, including Deputy Energy Minister for Water Affairs (2001–2005).

Rouhani’s other ministerial pick is Mansour Gholami, who has been proposed as the new science minister. The Iranian president had not picked anyone for the post when he proposed his cabinet to the Parliament.

Currently the dean of Hamadan’s Buali Sina University, he holds a PhD degree from Australia’s University of Adelaide.

According to Iranian MP Behrouz Nemati, the Parliament will confirm it has received the names of the two ministers tomorrow, and will later discuss their qualification.