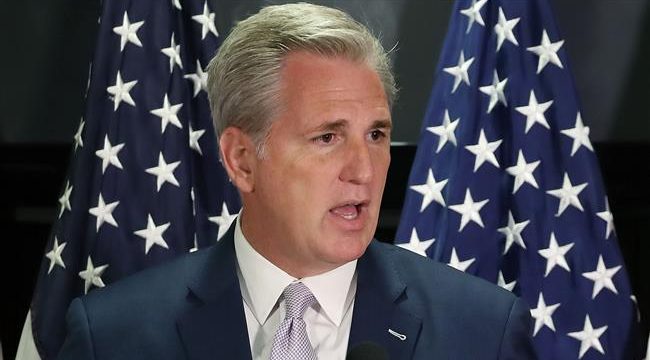 U.S. House to vote on non-nuclear Iran sanctions next week

Reuters – The U.S. House of Representatives will vote next week on new sanctions on Iran’s ballistic missile program and on Lebanon’s Iran-backed Hezbollah militia, senior House Republicans said on Friday, seeking to take a tough line against Iran without immediately moving to undermine the international nuclear deal.

“It is Congress’ responsibility to work with the executive branch on a clear-eyed strategy to stop Iran’s reckless behavior,” Majority Leader Kevin McCarthy, the number two House Republican, and Representative Ed Royce, chairman of the House Foreign Affairs Committee, said in a joint statement emailed to Reuters.

“Immediate action towards this goal will come from the House next week as we vote on legislation that furthers sanctions on Hezbollah and Iran’s missile proliferation,” they said.

President Donald Trump defied both allies and adversaries on Oct. 13 by refusing to certify that Iran is complying with an international agreement on its nuclear program, and threatened that he might ultimately terminate the accord.

That threw the fate of the agreement between Iran, the United States and other world powers into the hands of Congress, by opening a 60-day window in which Congress could reimpose, or

“snap back,” sanctions on Iran’s nuclear program that were lifted under the agreement.

However, many of Trump’s fellow Republicans – who all opposed the deal reached under former Democratic President Barack Obama – have said they see no immediate need to do so.

Congressional aides said that, for now, House lawmakers are focusing on clamping down on Iran in other ways such as the missile and Hezbollah sanctions.

In the Senate, a separate effort is under way to amend existing U.S. law to set new conditions for the U.S. role in the pact, although critics said such a plan could violate terms of the deal, formally known as the JCPOA.

Britain, France and Germany, European U.S. allies who signed the agreement, are particularly concerned about Trump’s action and have lobbied Congress to preserve the nuclear pact.

Among other things, the ballistic missiles bill would toughen existing sanctions by going after entities with assets outside the United States if they were found to support Iran’s ballistic missile program.

It has broad bipartisan support in the House, and also is expected to pass the Senate.

The Hezbollah bill is directed at the Shi‘ite militia’s allies in Lebanon’s government and asks the Trump administration to estimate and distribute assessments of the net worth of Lebanese politicians.

The Senate has already unanimously passed a different version of the Hezbollah sanctions bill.