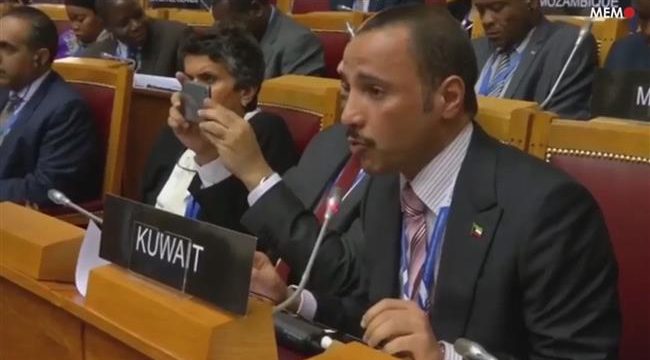 Press TV – A high-ranking Kuwaiti lawmaker has furiously told an Israeli delegation to immediately leave a conference in Russia.

“The saying ‘if you have no shame do as you please’ applies to the comments made by this rapist (Israeli) parliament,” Ghanim said.

“You should grab your bags and leave this hall as you have witnessed the reaction of every honorable parliament around the world,” he added.

“Leave now if you have one ounce of dignity, you occupier, you murderer of children,” he added.

Following his remarks, the Israeli delegation left the talks amidst the applause of those present at the assembly.

The head of the delegation of the Palestinian National Council at the IPU, Azzam al-Ahmad, said Ghanim’s remarks voiced the thoughts of all the Arab nations.

“Ghanim’s words in front of the delegates shine a light on the wounds Palestinians have suffered,” he said.