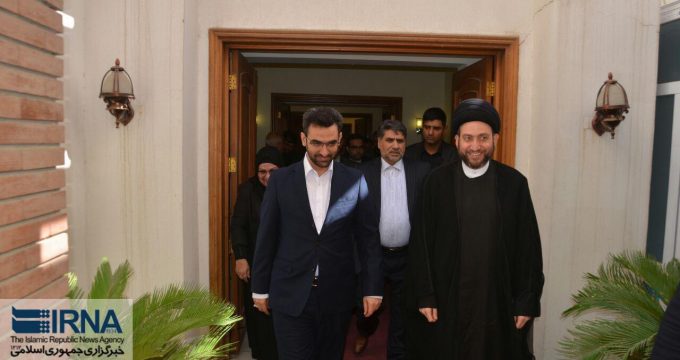 IRNA – The relations between Iran and Iraq are strategic, said Leader of the National Iraqi Alliance on Wednesday.

In a meeting with visiting Minister of Information and Communications Technology of Iran Mohammad-Javad Azari-Jahromi, Ammar al-Hakim appreciated Iran’s prominent role in safeguarding Iraq’s stability and integrity, and also contributing Iraq in fighting against terrorism.

Al-Hakim said, ‘Iraq’s stability is a must for the stability of entire region, and it is a fact that has been proved.’

Azari-Jahromi arrived in Iraq on Tuesday to meet with senior Iraqi officials to discuss issues of mutual interest.

He had separate meetings with his Iraqi counterpart Kazem Hassan Rashed and Minister of Foreign Affairs Ibrahim al-Jaafari, as well.