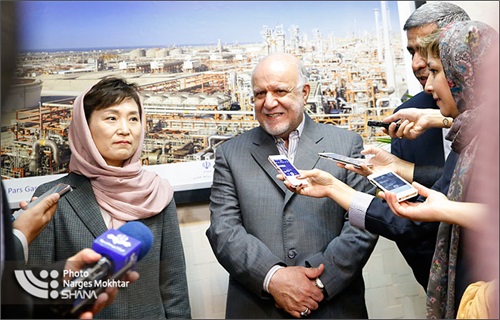 He said delivery of cash to Iran from South Korea and sorting out its problems were also talked about during the meeting.

Zangeneh also said that Iran will soon send a delegation to South Korea but did not give more details about the visit.

“During this meeting, we stressed the need for raising the share of Iranian companies in the projects.”

The official further added that the two sides reached a preliminary agreement on investment of South Korean companies in oil, gas and petrochemical projects in Iran as well as long-term import of LNG from Iran.

For her part, Kim Hyun-mee said the Korean government supports investors in Iran.