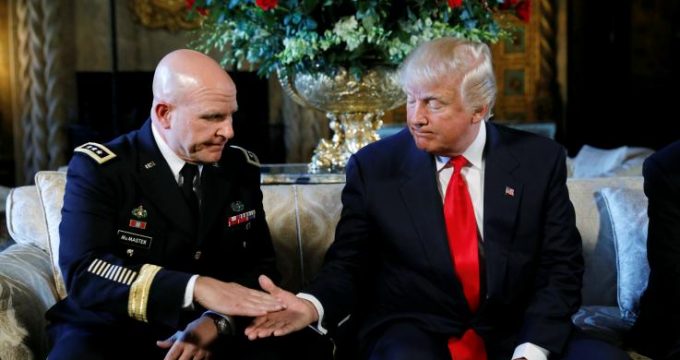 The Hill– President Trump’s National Security Adviser H.R. McMaster said the president’s announcement to not certify the multination Iran deal, saying it laid out a marker for for U.S. allies and Iran to fix the deal.

“What the president has done is, he has set out a marker, a marker to Iran, our allies and our partners that we have to fix fundamental flaws in this deal,” McMaster said on “Fox News Sunday.”

“It is a weak deal that is being weakly monitored, and so the president has made clear he will not permit this deal to provide cover for what we know is a regime to develop a nuclear weapon,” he continued.

McMaster’s comments come days after Trump announced that he would not certify the 2015, which was brokered under the Obama administration.

Despite McMaster’s remarks and the president’s decision, Trump’s top advisers including the Chairman of the Joint Chiefs of Staff Joseph Dunford, Defense Secretary James Mattis and Secretary of State Rex Tillerson said Iran have said Iran has stayed in compliance with the accord.

However, Trump said, stopping short of ending the U.S. role in the accord completely on Friday.

Instead, the president asked that Congress pass new goals that Iran would have to attain in regard to its nuclear program in order to avoid additional sanctions in the future.

The president threatened to kill the deal if Congress did not come back with “satisfactory” changes.

The move was met with criticism with Democrats, as well as the U.S.’s key European allies.