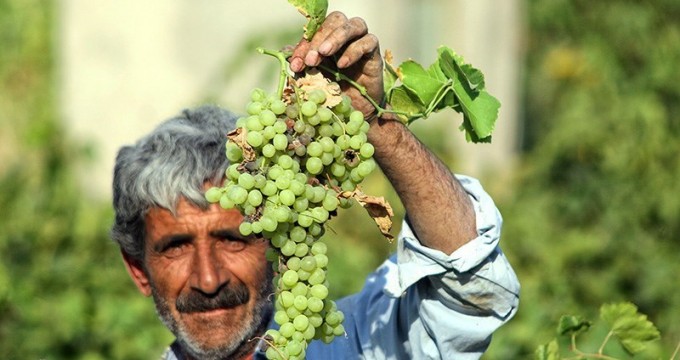 IFP – About 20 tonnes of grapes harvested in the Iranian province of West Azerbaijan have been exported abroad, said a local agriculture official.

“This year, 20 tonnes of grapes harvested in West Azerbaijan, worth $15 million, have been exported to Russia, Azerbaijan Republic, Turkmenistan, Afghanistan, Ukraine and Iraq,” head of the Agriculture Organization of the province, Esmaeil Karimzadeh, said on Monday.

According to a Farsi report by the Mehr News Agency, he said West Azerbaijan is the fifth largest producer of grapes across Iran, adding the province is ranked first in terms of the quality of its grape.

“Grape is the second major fruit of the province involving 30,000 workers directly and 30,000 other indirectly in harvesting and packaging.”

He went on saying this year 176,265 tonnes of grapes have been harvested in the province. “Out of the harvested grapes, over 20,000 tonnes are stored but the rest are sent to the domestic and foreign markets.”

Karimzadeh said about 30,000 tonnes of the harvested grapes in the province are exported to foreign markets and the rest, about 60,000 tonnes, are used in supplementary industries.

“Meanwhile, about 40,000 tonnes of grapes are turned into raisins and the rest are allocated for household consumption,” he said.

Karimzadeh referred to a 38-percent decrease in this year’s grapes harvest because of icy weather and added, “There are over 52 types of grapes in the province but the main grapes are seedless white and seedless red grapes harvested in Sardasht region.”

“Absence of a government representative for setting the price as well as the presence of dealers in exporting markets are the main problems in the grapes markets,” he added.