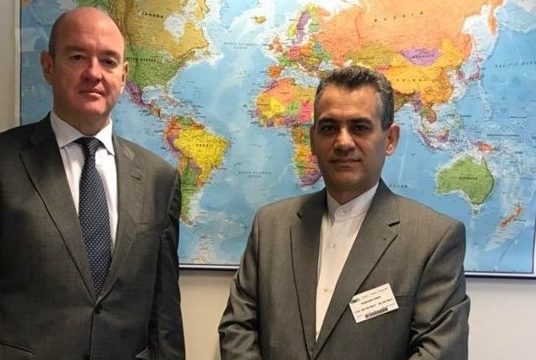 Tasnim – Delegations from Iran and the European Union held a 2-day round of talks in Brussels on a second joint project to grow bilateral nuclear safety cooperation.

On October 9 and 10, an EU delegation and a team from the Iranian Nuclear Regulatory Authority held meetings to discuss the second cooperation project in the field of nuclear safety.

The EU headquarters in Brussels, capital of Belgium, hosted the sessions.

The second project on mutual cooperation entails a boost to the technical capabilities of the Iranian Nuclear Regulatory Authority.

The two sides had launched their first cooperation project of 2.5 million euro in the field of nuclear safety in July.

The first project had been signed back in April within the framework of the Joint Comprehensive Plan of Action (JCPOA), a nuclear agreement between Iran and the Group 5+1 (Russia, China, the US, Britain, France and Germany).

The interaction is part of a five-million-euro package approved in 2016 with regard to Iran-EU cooperation on nuclear safety, according to which the EU helps the implementation of Annex III of the JCPOA.

The whole project will last 3.5 years and has as a main objective to enhance the capability of the Iranian Nuclear Regulatory Authority in several areas, such as establishment of a Nuclear Safety Centre, regulatory framework, safety assessments and review of the implementation of stress tests in a nuclear power plant as well as further trainings, according to the European Commission’s website.