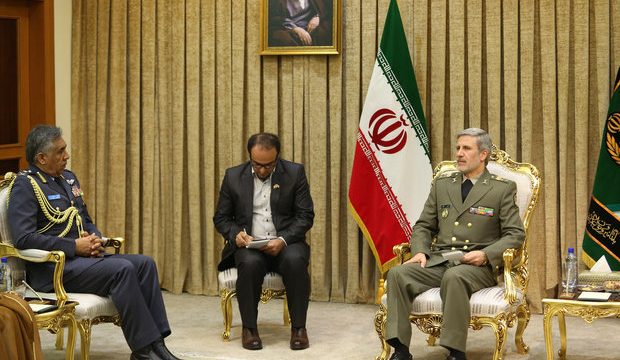 Air Vice-Marshal Matar bin Ali Al Obaidani of Oman held the session with Brig. Gen. Hatami on Tuesday at the Iranian Ministry of Defense in Iran where the two sides mulled over issues of bilateral interest.

At the session, the two sides, while pointing to age-old history of ties and commonalities between Iran and Oman, expressed satisfaction with level of existing ties between the two countries and said these bonds were in line with their respective interests as well as with security of the region.

The two parties also emphasized the need for consolidation and promotion of friendship and peace in the region, and for cooperation and peaceful coexistence of neighboring countries.