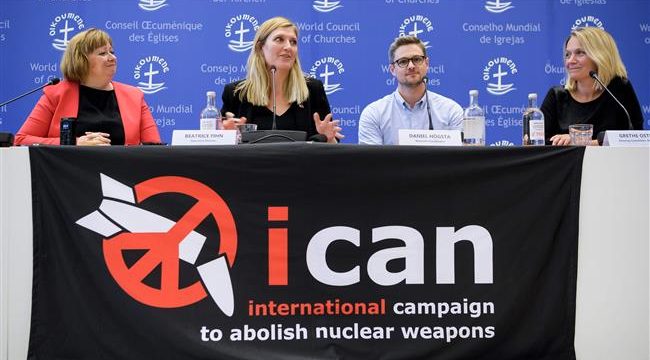 “We really call on the US government to continue to certify and stay in this deal,” said the director of the International Campaign to Abolish Nuclear Weapons (ICAN) Beatrice Fihn, on Monday. ICAN won the 2017 Nobel Peace Prize.

The deal, known as the Joint Comprehensive Plan of Action (JCPOA), was struck in July 2015 and began being implemented in January the next year. Apart from Iran and the US, the other parties to the agreement are France, Russia, Germany, China, and the UK.

US President Donald Trump has long despised the deal in part because he perceived it as a legacy of Democratic former President Barack Obama. Since taking office a year after the deal took effect, the Trump administration has twice certified Iranian compliance under the specific American law that Secretary of State Rex Tillerson is now reportedly planning to amend.

Those two certifications have been offered only half-heartedly, and indications are that a third one — due shortly in mid-October — may not be forthcoming.

“This is not really what the world needs right now… We see no evidence that Iran is not complying with it,” added Fihn.

Earlier in the day, the International Atomic Energy Agency (IAEA) and many world leaders unanimously threw their weight behind the JCPOA, rejecting Trump’s claims that Tehran has violated the “spirit” of the deal.

Since the JCPOA Implementation Day, the IAEA has been verifying and monitoring Iran’s compliance with its nuclear-related commitments under the nuclear deal and has consistently verified the Islamic Republic’s compliance.