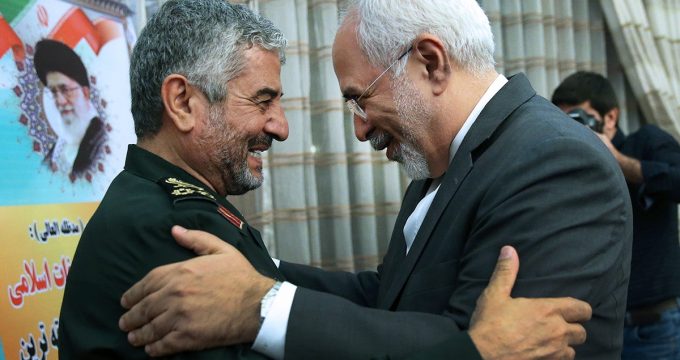 MNA – IRGC commander Maj. Gen. Mohammad Ali Jafari said there is an excellent understanding between IRGC and FM Zarif in stating our stances against the enemies of the Islamic Republic of Iran.

Jafari went on to add that Zarif’s comments on Iran’s position include defensive and security aspects as well, however our discourses and manner of speech are different.

The IRGC commander pointed out that diplomatic discourse is distinct from the discourse of defense forces, but their contents and orientations are the same.

Elsewhere, Major General Jafari had asserted that Iran plans to resolve regional problems somewhere other than the negotiation table as nothing remains to be said nor anyone to negotiate with.