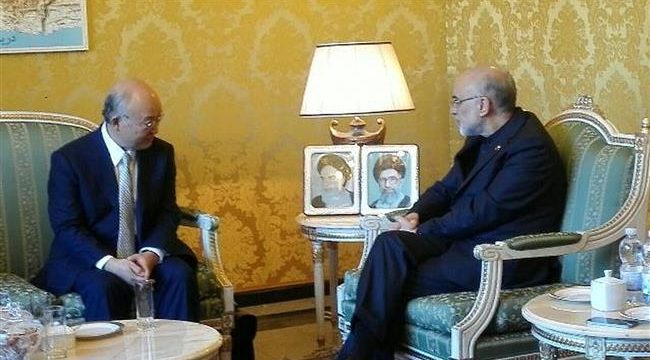 Amano made the remarks in a meeting with Head of Atomic Energy Organization of Iran (AEOI) Ali Akbar Salehi.

IAEA reports are based on accurate assessment of the countries’ measures, he said.

During the meeting which was held in Iran mission in Rome, Amano discussed the latest developments as regard Iran nuclear deal known as Joint Comprehensive Plan of Action (JCPOA) and also the US recent acts.

He went on to say that the IAEA has reported Iran’s compliance with nuclear deal.

Salehi who has an official invitation from British Foreign Secretary Boris Johnson is scheduled to leave Italy for England.