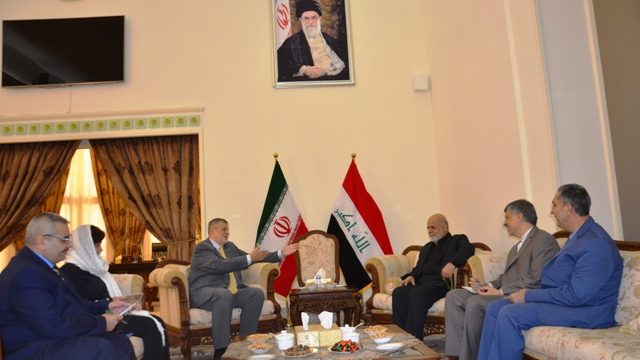 IRNA – Iran’s Ambassador to Iraq Iraj Masjedi and UN Special Envoy for Iraq Yan Kubish in a meeting on Sunday underlined the need for settlement of Iraqi Kurdistan’s referendum for independence within the framework of Iraqi Constitution.

During the meeting held in the premises of Iran’s Embassy in Iraq, both sides advised shunning flaming tensions and conflicts over the issue in view of the problems that may arise from it.

He further urged the Iraqi kurds to accept the authority of the Iraqi Central Government, since other options will create them intense crises.

All should convince leaders of the KRG to pursue their demands inside a federal system in Iraq, he said.

Both sides uged mutual cooperation as well as collaboration among the Iranian and Japanese companies operating in Iraq.