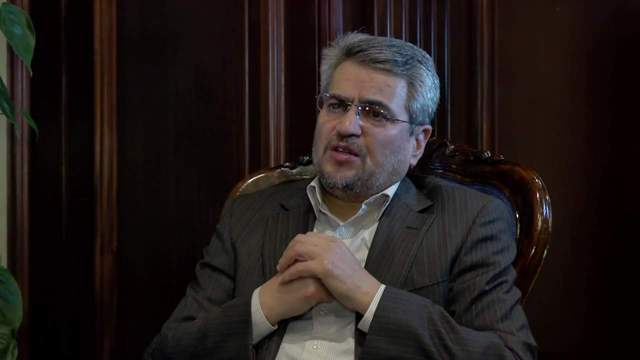 The New York Times | Gholam Ali Khoshroo: On Oct. 15, the Trump administration will for the third time have to decide whether or not to certify that my country, Iran, is complying with Joint Comprehensive Plan of Action — the nuclear deal that was reached in 2015 between Iran and the five permanent members of the U.N. Security Council plus Germany.

This recertification is not required by the agreement itself, which holds the International Atomic Energy Agency as the sole authority for verifying Iran’s compliance. The United States Congress introduced the idea of the White House certification in 2015. In short, it is a domestic American issue, though one that could potentially affect implementation of American commitments under the nuclear deal.

The Trump administration has certified Iran’s compliance twice before: in April and in July. After hundreds of inspections, the I.A.E.A. has produced eight reports confirming that we are meeting our obligations under the agreement. The countries of Europe, too, are unconcerned. Nonetheless, with Oct. 15 approaching, it is being reported that President Trump will refuse to recertify Iran’s compliance — a move that could set up Congress to impose sanctions on Iran that violate the agreement.

There are a number of reasons the president and hard-liners in Washington think that the White House should pursue this path. But their views are built on a set of false assumptions about the nuclear deal that should be laid to rest.

First, some of the agreement’s opponents claim that the J.C.P.O.A. is “the worst agreement the United States has ever entered into with another country.” This ignores an important truth: The nuclear deal is not a bilateral agreement between Tehran and Washington. In fact, it isn’t even a multilateral deal that requires ratification in either Congress or the Iranian Parliament. It is, instead, a United Nations Security Council resolution. (Indeed, this explains why the deal continues to have wide support from the other Security Council members, as well as from Secretary General António Guterres.)

A second false assumption is that the deal is meant to dictate Iran’s policies in matters unrelated to our nuclear program. This has never been the case. It was always clear that the path to reaching a nuclear deal meant setting aside other geopolitical concerns. Anyone involved in the years of talks that led to the J.C.P.O.A. can attest to this. For example, even as Russia and the United States disagreed on many other issues in the Middle East, they were able to work together at the negotiating table.

Reports now indicate the Trump administration wants to tie the nuclear agreement to Iran’s missile program, a move that would go far beyond the J.C.P.O.A.’s intended purpose. Security Council Resolution 2231, which incorporates the nuclear deal, “calls upon” Iran to not work on “ballistic missiles designed to be capable of delivering nuclear weapons.” But my country is not seeking to develop or acquire nuclear weapons and this carefully negotiated language does not restrain us from developing conventional military deterrence technology that so many other countries possess. The fact that Iranian missiles are designed for maximum precision proves that they are not designed for nuclear capability, as such delivery vehicles need not be precise in targeting.

A third false assumption is that there is a “sunset clause” in the deal, suggesting that in a decade Iran will be free of inspections or limits on its nuclear program. While it’s true that some provisions regarding restrictions will expire, crucial aspects of inspections will not. Moreover, the deal establishes that some six years from now — assuming all participants have fulfilled their obligations — Iran should ratify the Additional Protocol on Nuclear Safeguards, part of the Nonproliferation Treaty. This would subject my country to an extensive I.A.E.A. inspection process. Iran will continue its nuclear program for energy and medical purposes as a normal member of the international community and signatory to the Nonproliferation Treaty after the period of years written into the J.C.P.O.A.

We Iranians — like all nations involved in adopting the deal, the international community and nonproliferation experts — recognize that the nuclear agreement was an important diplomatic accomplishment and it remains a credit to the international nonproliferation regime. Among the seven countries that negotiated the nuclear agreement, only America finds the deal’s adoption controversial.

What the president and Congress decide to do about recertification is, ultimately, a domestic matter. But if the United States wants to remain credible in future multilateral negotiations, it cannot go against the international consensus and attempt to scuttle past diplomacy whether as political retaliation against a previous administration, or as part of a constant reassessment of American national interests.