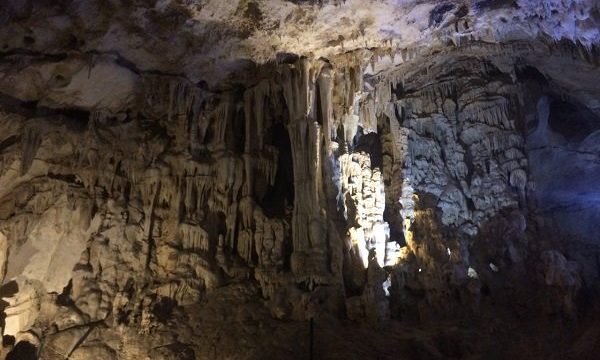 IFP – A cave belonging to 135 million years ago, which was discovered less than ten years ago in southwestern Iran, has turned into a popular tourist attraction.

When in 2008, a shepherd from the village of Deh Sheykh-e Pataveh, in the southwestern Kohgiluyeh and Boyer-Ahmad Province, was passing his herd from an area about two kilometres from the village, his dog suddenly and quite accidentally went inside a hole in the mountains. The shepherd searched for his dog and found it in a cave which is now called by the villagers as the second Ali Sadr cave (the world’s largest water cave in Iran’s Hamadan province). 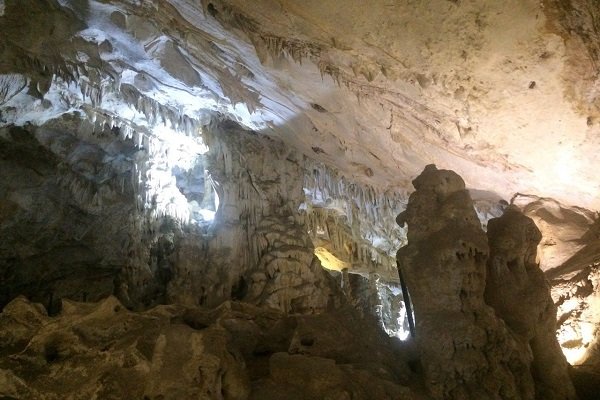 The young shepherd thought the place he had found is home to a treasure. But the cave was very scary and dark inside, so asked two of his friends to search and share whatever they find. Three years passed after the start of their explorations and finally they got disappointed, and then let everyone know about the cave.

Gradually, the expedition experts and speleologists came, and eventually the Cultural Heritage Organization registered it as a national heritage, a Farsi report by Mehr said. 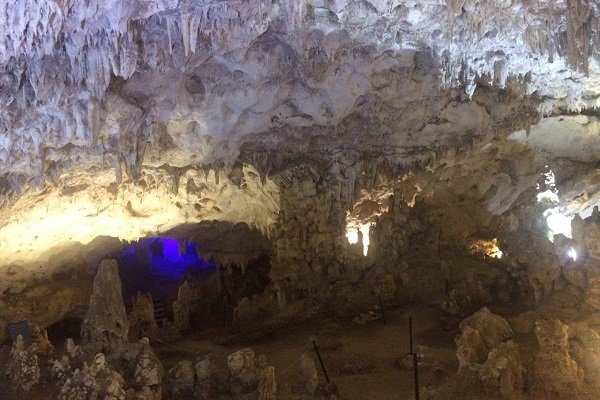 According to experts, the cave belongs to the second geological period. Geological experts analyzed the speleothems inside the cave saying they date back to 135 million years ago as it takes a million years to make up one centimetre of a speleothem.

This cave has four openings in the corridors and also very beautiful streams. There are three other corridors as well that add to its natural beauty.

After discovering the cave and its registration as a national heritage, an investor from the city of Genaveh in the southern Bushehr Province came to this area and began his job to turn the cave into a tourist attraction. 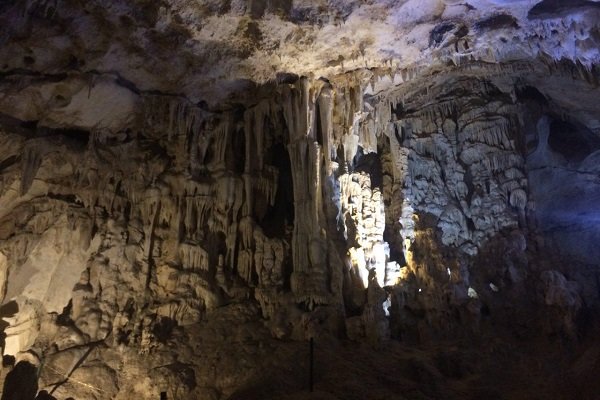 For the one who come to visit the cave for the first time, the opening of the cave seems very strange. There is an iron silver door with a large lock on it. The lights are turned off and those who enter the cave get a bit afraid. 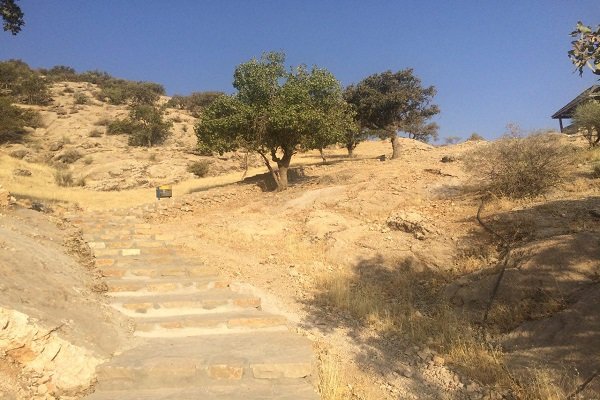 When Mehran, who is the tour leader of the visitors, turns the lights on the visitors get amazed. They cannot believe they are surrounded with beautiful speleothems. The further they go, the more excited they get.

Mehran says when the member of expedition team entered the cave for the first time, they crawled a bit until they opened the way for the arrival of the tourists. He also explains about the strange door at the entry of the cave. He says the iron door is to provide security inside the cave because nothing could stop the animals from entering it.

“Of course, some hatches are designed to allow air to flow. Without this door, a hyena or other animals would enter and it becomes a very difficult job to get these animals out of the cave as there are many hidden paths,” the tour leader adds. 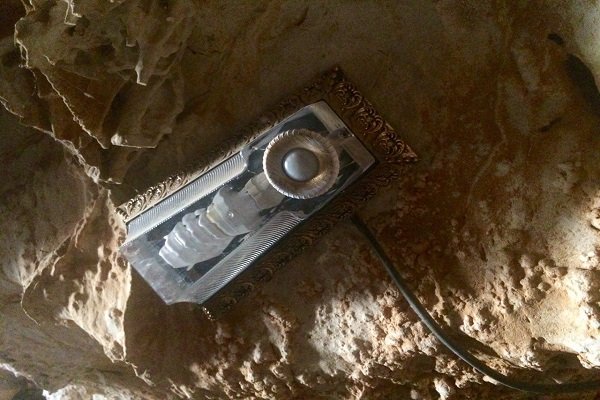 About the lighting in the cave he says they have used LED bulbs there.

“These bulbs do not get warm and experts have confirmed they are not harmful to the structures.”

In this Iranian limestone cave, different types of structures could be seen and according to experts there may be more corridors to be explored. 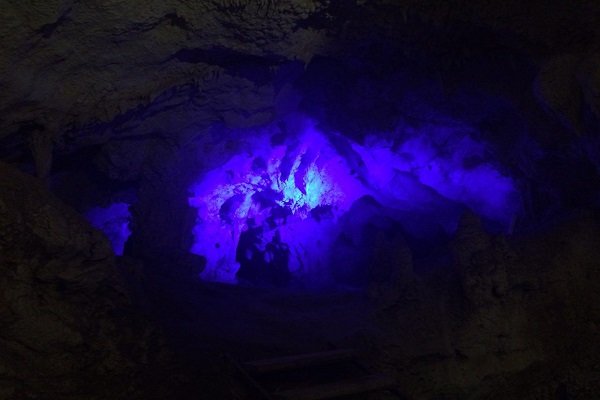