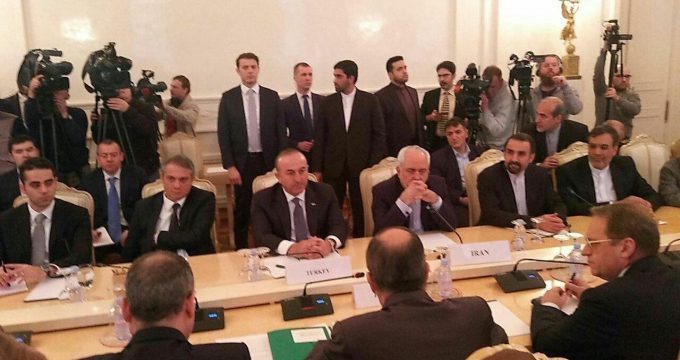 Al-Monitor | Hamidreza Azizi: Less than two months after Iran’s Chief of General Staff Maj. Gen. Mohammad Hossein Bagheri paid a rare official visit to Ankara, his Turkish counterpart, Gen. Hulusi Akar, visited Tehran on Oct. 2 to meet high-ranking Iranian officials and discuss bilateral and regional issues. However, although the two generals’ meeting in Ankara was more focused on finding a common ground in Syria, their encounter in Tehran was shadowed by a more urgent and crucial issue, namely the Sept. 25 independence referendum in Iraq’s Kurdistan Region. Akar’s Iran visit, which began two days before Turkish President Recep Tayyip Erdogan’s Oct. 4 visit to Tehran, came as the two countries are trying to arrive at a coordinated policy on how to deal with the Kurdish issue.

After the Kurdistan Regional Government held the independence referendum, the toughest positions against the vote came from Tehran and Ankara. On Sept. 27, the secretary of Iran’s Supreme National Security Council, Ali Shamkhani, went to the parliament to address “the second phase of Iran’s strategy to counter the independence of Iraq’s Kurdistan.” Shamkhani is reported to have emphasized that Iran would resort to a variety of means to make the Kurds give up on their independence bid. Part of the reported plan is for Iran to continue trilateral talks with Baghdad and Ankara, as well as with various Iraqi Kurdish factions, while taking into consideration the imposition of “sanction pressures.”

At the same time, while announcing his plan to visit Tehran, Erdogan said Tehran and Ankara were about to develop a road map in response to the Kurdish referendum. He had earlier warned that a possible joint Iran-Turkey operation against Kurdish militant groups had always been on the agenda, a warning that could be interpreted as aimed at not only Kurdistan Workers Party militants but also any other Kurdish militant group willing to challenge the current regional order.