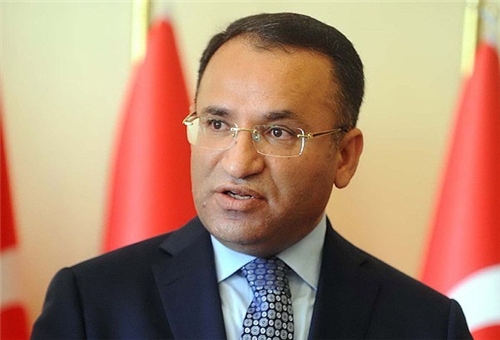 Turkey says will continue negotiations with Iran on Iraqi Kurdistan

IRNA – Turkish Deputy Prime Minister Bekir Bozdag said on Friday that the developments in the Iraqi Kurdistan region are a threat to regional security and that Ankara will continue negotiations with Tehran and international community in this regard.

Any Turkey’s ignoring the formation of a Kurd state in northern Syria and Iraq and separatist efforts will result in unsatisfactory consequences, Bozdag was quoted as saying by Yeni Akit news website.

Kurd officials should openly announce that this referendum will not lead to any change of regime in the region by no means and have to renew their commitment to Iraq’s Constitution, Bozdag said.

Despite all the oppositions in Iraq and abroad, certain Kurd officials insisted on holding a referendum in the Iraqi Kurdistan region on September 25.

Few days after the referendum, Turkish President Recep Tayyip Erdogan visited Tehran where he reiterated that Iran and Turkey do not recognize the results of the referendum and that tougher measures against Iraqi Kurdistan are underway.

At a joint press conference with his Turkish counterpart, Iran’s President Hassan Rouhani said that Iran and Turkey regard Iraq and Syria as ‘unified and independent’ countries and will not accept changing geographical borders.

Meanwhile, Iranian Foreign Minister Mohammad Javad Zarif underlined the necessity to maintain Iraq’s national unity and territorial integrity while speaking in Sulaymaniyeh, northern Iraq, on Friday on the sidelines of a funeral ceremony held for former Iraqi president Jalal Talabani who died in a German hospital on October 3.

Zarif expressed hope that all people in Kurdistan region will return to the path of ‘Mam [uncle] Jalal’ (Jalal Talabani) who he described as the ‘symbol of Iraq’s unity and territorial integrity.