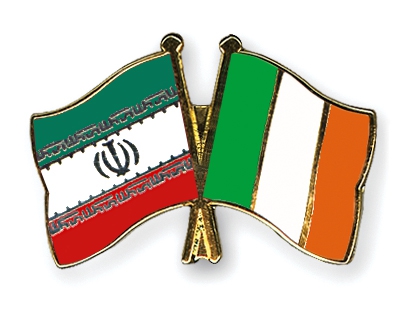 MNA – Chairman of Irish Senate stressed Wed. that his country attaches great importance to Iran’s nuclear deal and will disregard US President Trump’s calls for scraping the agreement.

The Chairman of the Senate of the Republic of Ireland Denis O’Donovan made the remarks in a Wednesday meeting with governor of Isfahan, adding “we will not follow US President Trump’s orders and will do our best to preserve the Iran’s nuclear deal and improve relations with the country, particularly in resolving banking issues and increasing trade transactions.”

The Irish parliamentary official further commended Iran for maintaining such a high level of security and stability while surrounded by so much tension in the region.

“We in Isfahan have prepared ourselves for a glorious reception of one million foreign tourists in the next two years,” Rasul Zargarpour said.

The Irish official had also held a meeting with Iranian President Hassan Rouhani on Tuesday, during which the two sides stressed cooperation in various sectors, including agriculture, industry, tourism, pharmacy and medical equipment, as well as new technologies and communication.